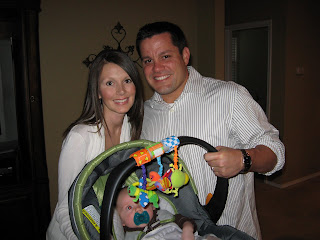 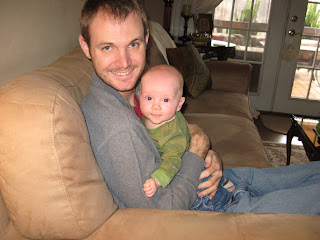 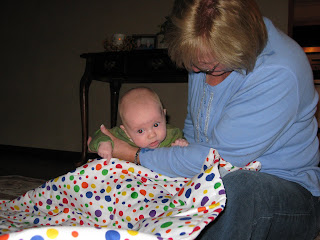 Trying to do tummy time with Nana 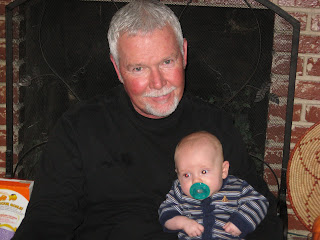 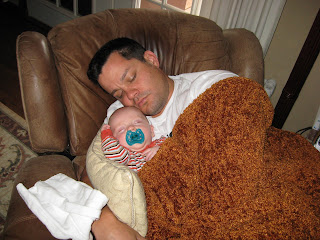 Napping with Daddy
Our first Thanksgiving with Hudson was great! He was such a trooper getting passed around family for four solid days. I don't think he napped laying down once...he always napped being held by someone which is just the way he likes it! We had our first Thanksgiving meal here with Kelly's family and then loaded up the car and drove to Oklahoma. Hudson slept the entire way there and back!! No more stopping to feed half way there. The family couldn't get over how much he has changed in just four short weeks. It got me thinking and I realized he doesn't have his "frog legs" anymore when you pick him up or when he lays on your chest. :( The constant smiling and "talking" definitely make up for it though. We are so thankful for all of our family and the time we got to spend with them this week. Christmas is just around the corner and we will do it all again! I can't wait!
Posted by Donnell Days at 7:51 PM No comments:

All of my friends! 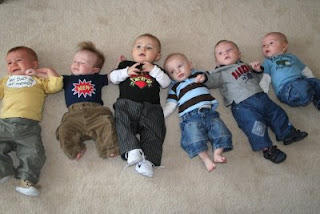 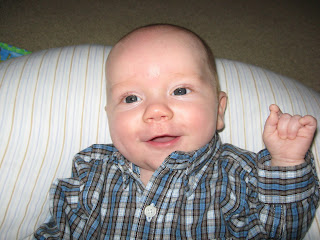 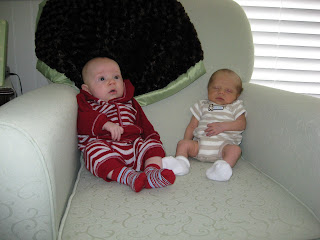 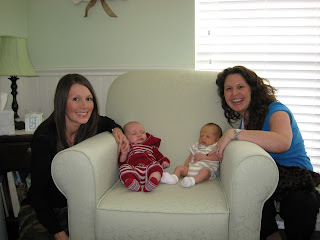 Hudson and I with Leslie and Griffin
It has been a fun week so far! On Monday, we had playgroup at Kara and Tanner's house. We of course had to take a group picture of the boys since it was the first time that they were all there! Today, we went to visit Leslie and Griffin. It was the first time we have seen them since they were in the hospital. Griffin has grown so much. It is so weird because I know Hudson was that small not too long ago, but I can't remember it. I feel like he has always looked the way he does now ~ strange I know! 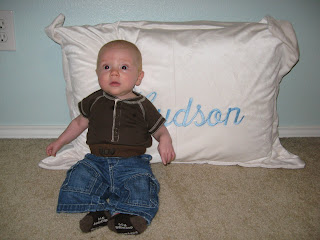 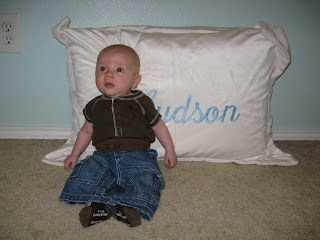 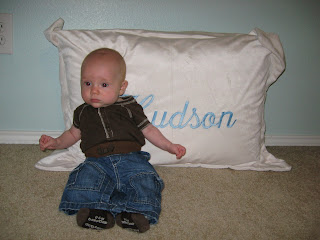 WOW...I can't believe it has been three months!!! Hudson turned three months old yesterday. (I'm a little late posting!) Of course I never could get a picture of him smiling next to his pillow...the camera seemed to flash before or after. Oh well!! I can't believe how much he has grown. He is starting to outgrow many of his 0-3 month clothes and is fitting well in his 3-6 month outfits. It is so fun to actually dress him now! I know that I enjoy it much more than he does. :) He is so much fun these days. He smiles and "talks" all the time. He likes to stand up on your legs, but still HATES tummy time. I'm afraid he'll never learn to roll over!! He is sleeping much better at night which is wonderful! Naptime is another story though...he still would prefer to be held over being put down in his crib. We're working on it. I can't wait to see what the next month holds for us...he is such a joy!
Posted by Donnell Days at 2:11 PM 2 comments: 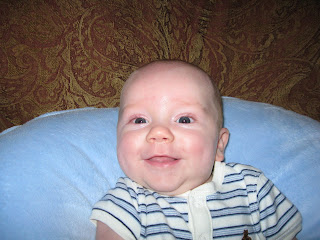 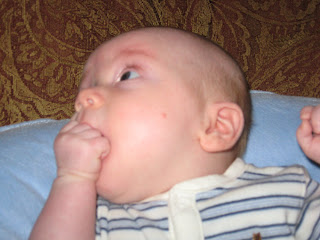 Well, it is official...Hudson is sick for the first time. :( He has a cold...runny nose, sneezing, watery eyes, and a little cough. Poor little guy. I called his pediatrician first thing this morning, but since he doesn't have a fever, there isn't anything that can be done. We just have to let it run its course. So, he will sleep with the humidifier going and will get saline drops during the day. Needless to say, we won't be going anywhere this week until his cold is gone. The funny part though, is that for as bad as he must feel, he is still smiling. Sometimes he smiles in between the sneezes, but he is smiling just the same. He has also found his thumb/hand this past week. Every chance he gets, he sticks the whole thing in his mouth. I keep pulling it out, but he continues to try to eat it. It is hilarious! I am beginning to think that he thinks it is a game. Hopefully I will win!

Posted by Donnell Days at 1:07 PM No comments: 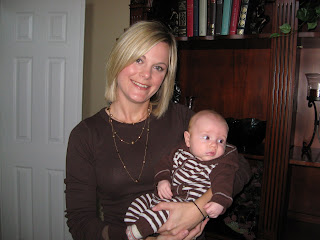 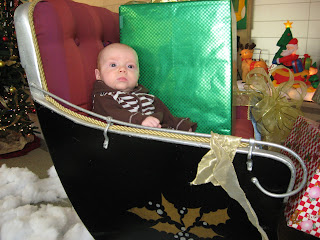 Hudson in a sleigh at Chi Omega Christmas 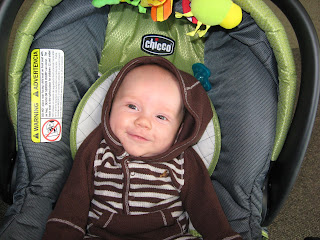 Smiling in his carrier!
Since Kelly went deer hunting this weekend, Aunt Shani came down to spend the weekend with her nephew. OK, I think she came to visit her sister too! Ha ha! :) We had such a nice time. Saturday afternoon we went to Chi Omega Christmas to shop around, then we went to a few other stores before returning home to have pizza and watch the OU football game. Sunday morning she went to church with us and Hudson slept through the entire service. It was such a nice visit!
Posted by Donnell Days at 6:55 PM No comments: