This Monday we met our friends Aurora & Avery and Leslie & Griffin at a pumpkin patch in Flowermound. It was quite an adventure because it was chilly, drizzly, muddy...you get the idea. We didn't let that stop our plans though and the kids didn't seem to mind any of that one bit! Hudson was jut excited to be out of the house after being sick the previous week. 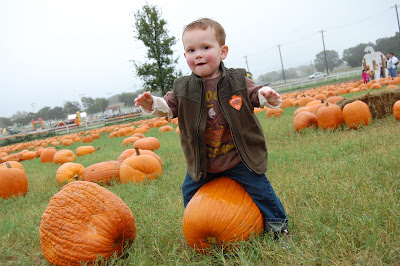 My little man cracks me up...he kept trying to "ride" the pumpkins...NUT!!! 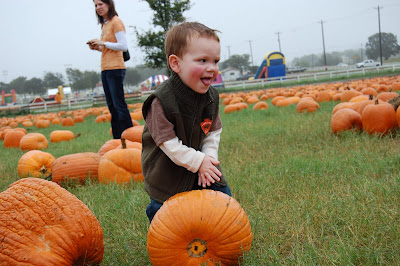 They were off to see what kind of mischief they could get find... 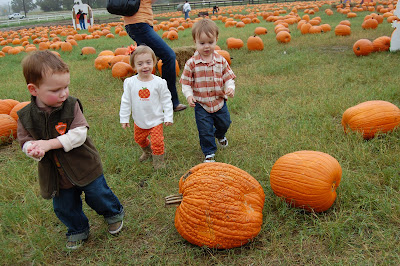 First, Hudson tried to pick up a pumpkin. I'm pretty sure that pumpkin weighed about as much as he does! 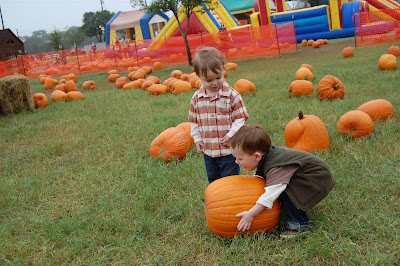 Since he couldn't lift it by himself, he enlisted Avery for some help. 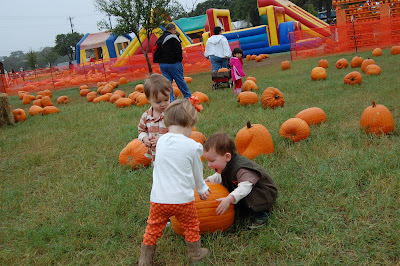 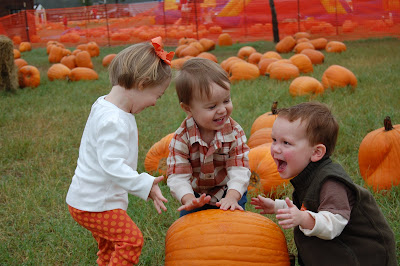 This picture CRACKS me up...they finally gave up on the idea of picking up the pumpkin and started hitting it. Look at the look of pure joy on their faces! Oh, I could eat them up! 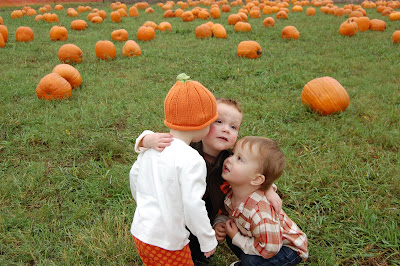 Time for a group hug. L.O.V.E. these little ones!! 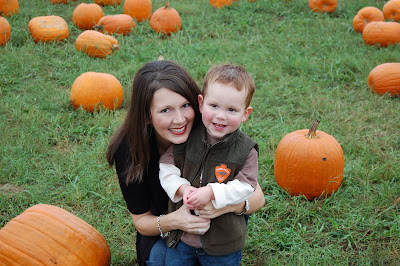 We couldn't end the day without a "Mommy & Hudson" pic. Here's to our first pumpkin patch of the season with several more to come!
Posted by Donnell Days at 12:04 PM

These pictures are priceless! They are having so much fun together!!! You are so right... you can just see the pure joy they are having playing together. Precious!! And I love the mommy & Hudson pic...no pumpkin patch would be complete without it!!!

Oh my gosh those are sooo cute! It's so awesome how they are getting to grow up together! I can't wait to see you this weekend! XOXO

This pumpkin patch is five minutes from our house!!! We love it!!! Such cute pictures with the pumpkins!!!! Love it!!!