Eight months, really?!?  It is hard to believe that Holden is already 8 months old!!!    I know I say it every month, but he continues to be an absolute JOY!  He really is the happiest little thing.  He loves to eat, play (or jump like a crazy man) in his exercauser, eat, be sung to, eat, watch Hudson play, eat (HA...you get it!!), be tickled, take baths, hold his feet, bang toys around that make noise, and snuggle.  I had to include the eating because this kid loves.to.eat.  He of course still gets his main food supply from me, which he continues to want in the middle of the night, but he is also eating solids like a champ.  He still doesn't care for peas or green beans, but all other foods get gulped right down.  We call him a little bird because he just sits in his high chair with his mouth open for bite after bite.  He had his first ear infection the day he turned 8 months.  :(  When they weighed him I laughed because he was one ounce shy of 20 pounds!!  Chunk!!  Dr. Smith made the comment that you would never know how small he started out.  He's definitely healthy!  Here he is smiling despite the fact that his ear hurt...sweet boy! 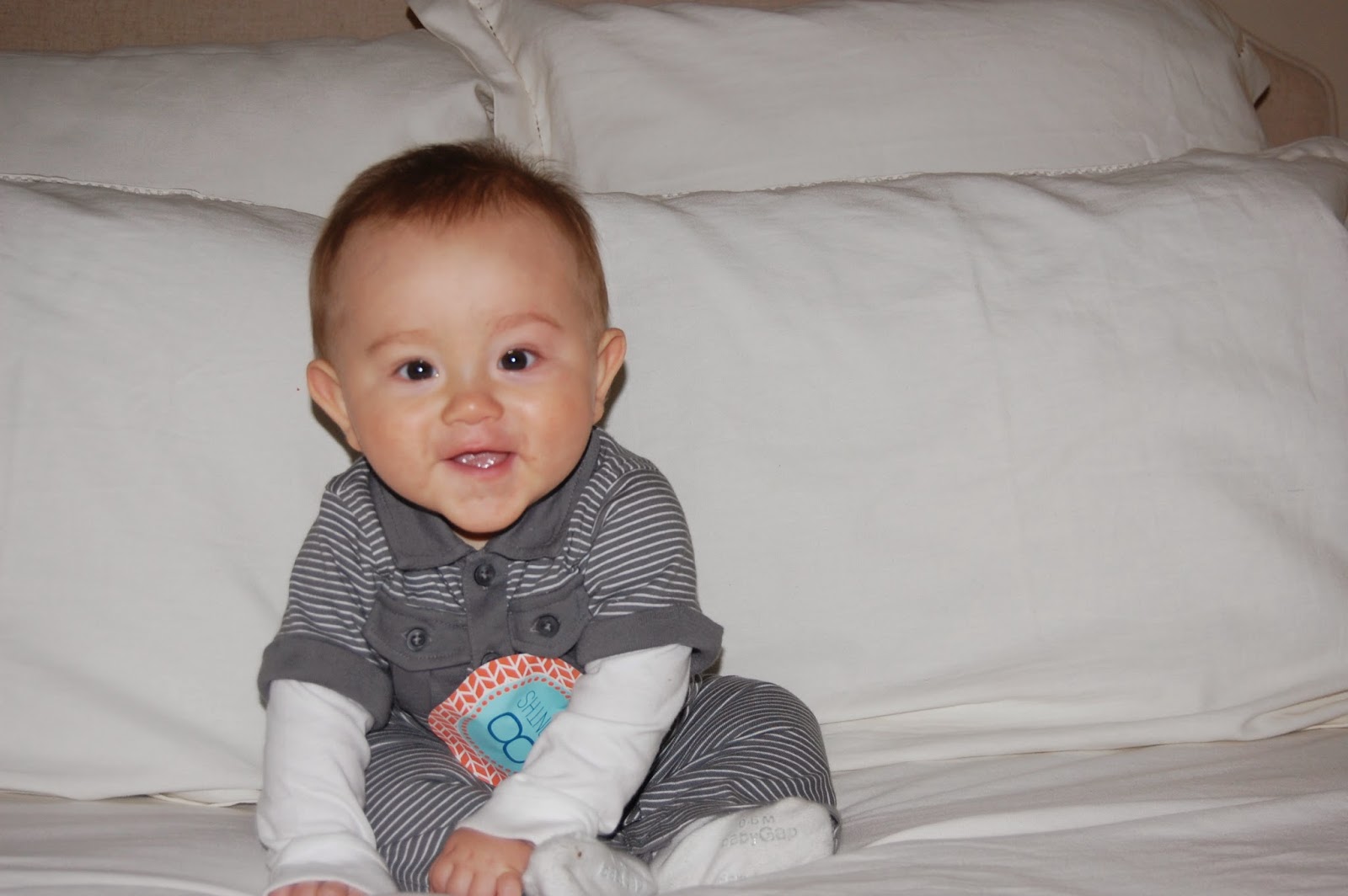 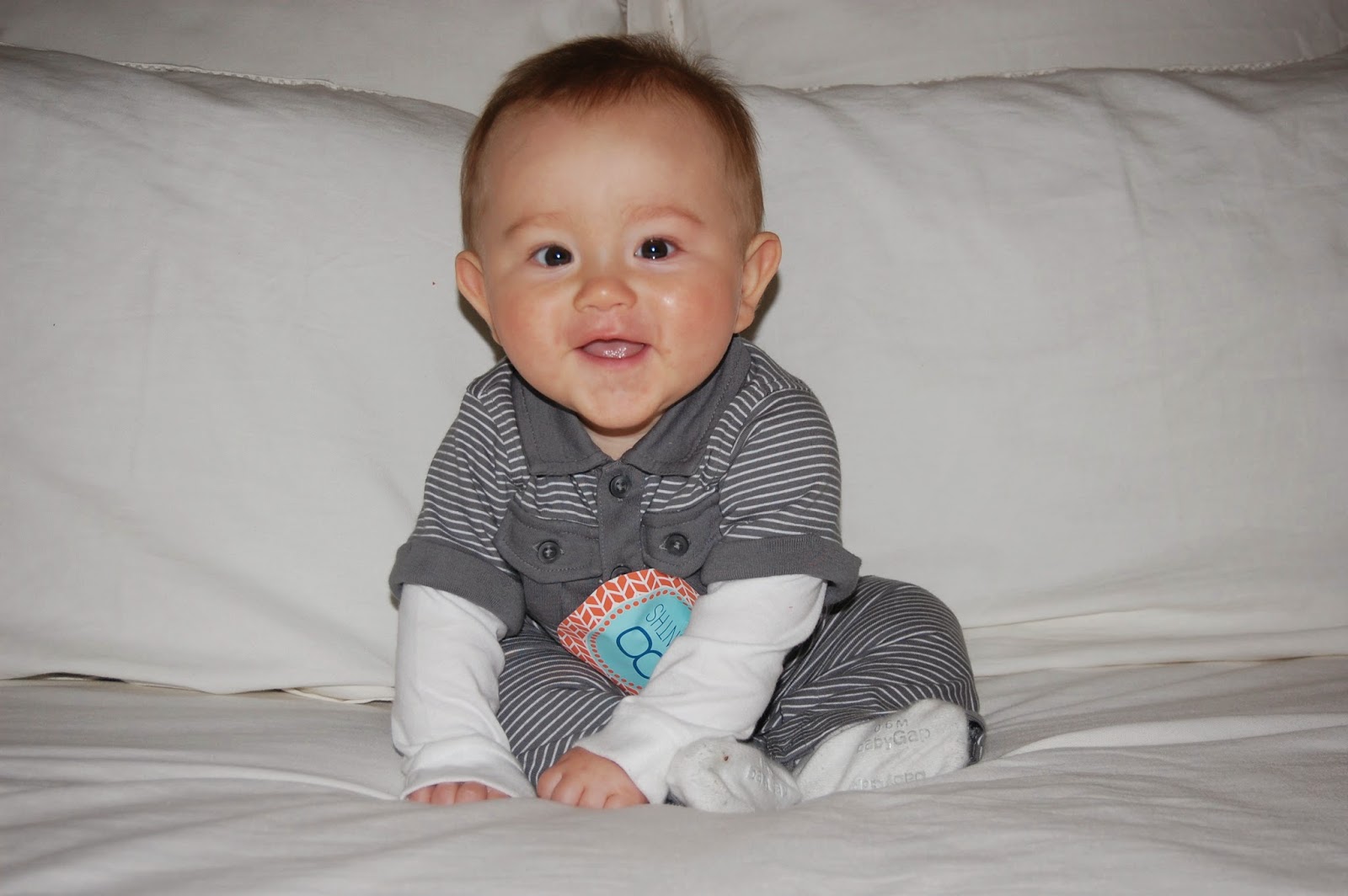 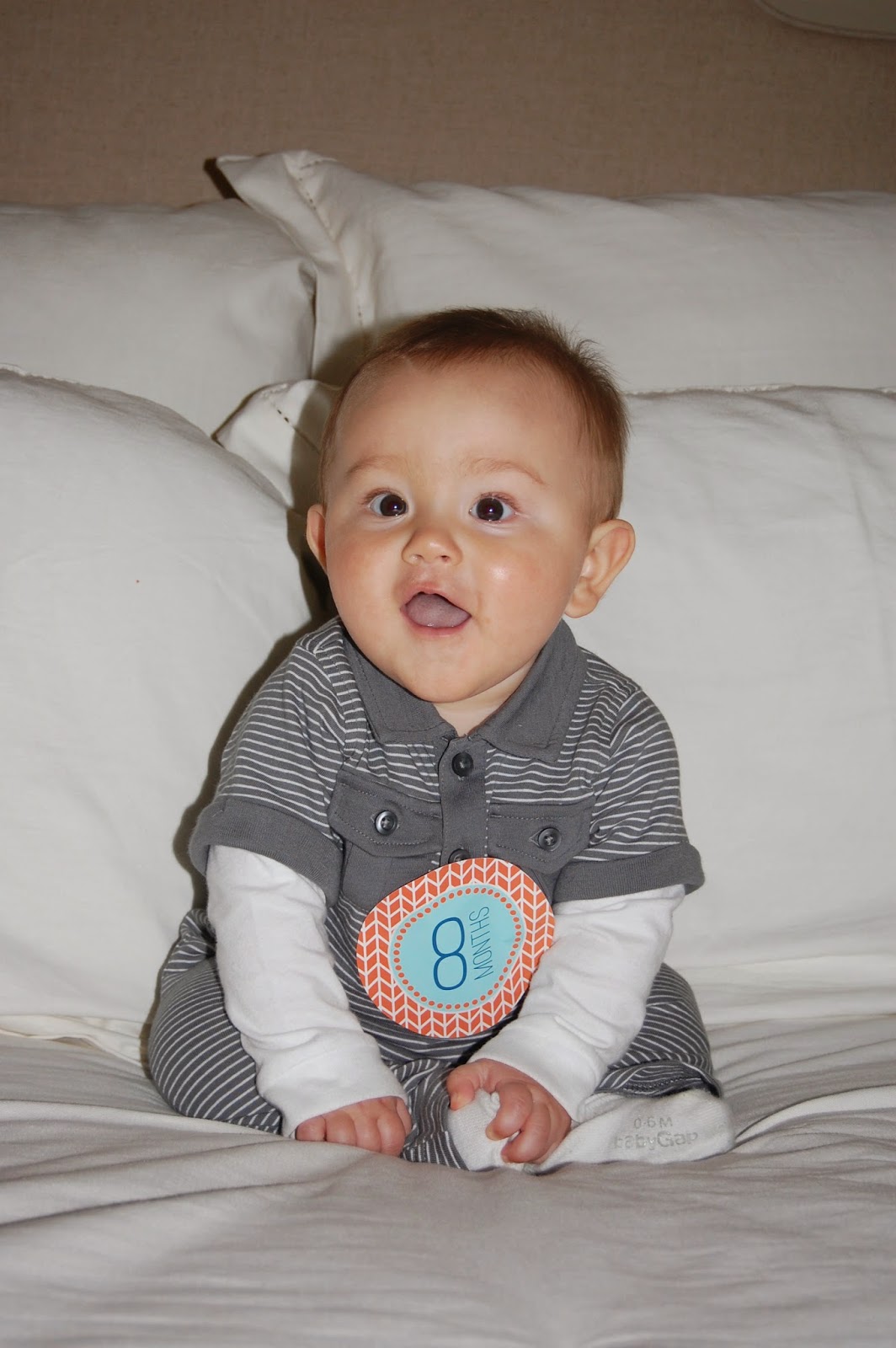 I couldn't love him more...he is the perfect completion to our family!!!
Posted by Donnell Days at 11:20 AM No comments:

Hudson's final soccer game of the season was the day after Halloween.  It was a GREAT game and Hudson even scored a goal!  Awesome way to end the season!! 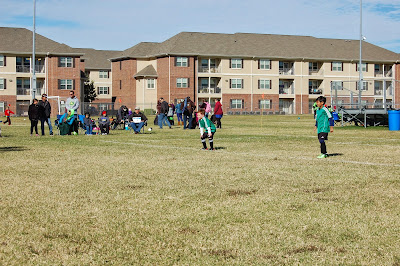 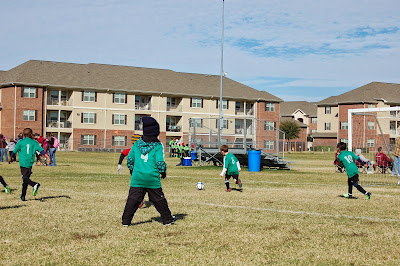 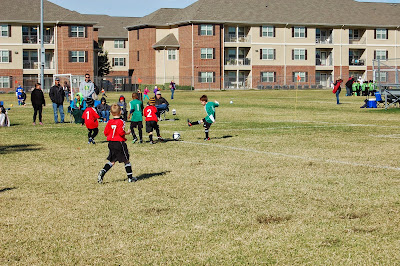 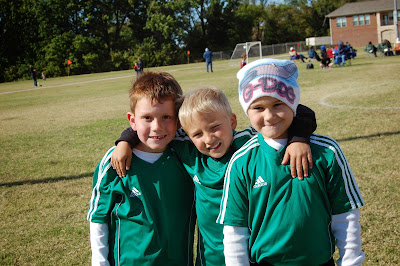 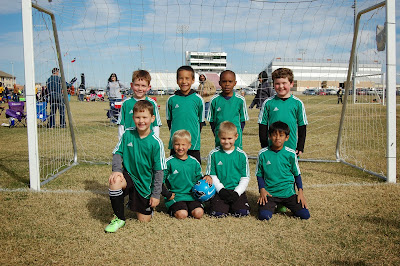 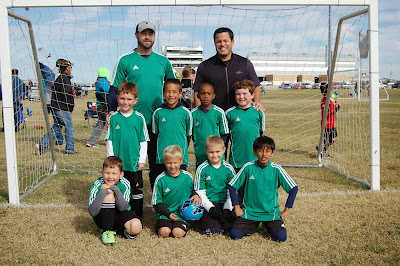 Posted by Donnell Days at 11:50 AM No comments:

Halloween fell on a Friday this year, and man was it a busy day!!!  We started out the day by having a fun breakfast.  I normally make ghost pancakes, but was out of the ingredients to make them.  Oops!  Mom fail.  As I was panicking in the kitchen, Kelly said to try to make them out of frozen waffles.  This was my attempt at a spooky breakfast. :/  Hudson didn't mind a bit, thankfully! 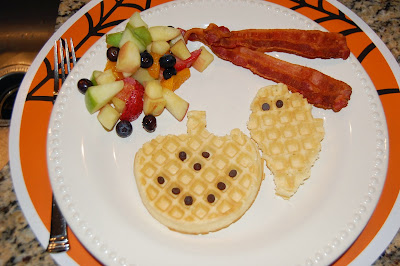 After dropping off Hudson at school, Holden and I headed back up there less than an hour later for the 9 weeks awards assembly.  I COULD NOT be more proud of Hudson.  For the second year in a row, he received the Shining the Way award.  This award is only given out to one boy and one girl from each class.  Warms my heart!!!  He also received perfect attendance for the 9 weeks and the on time award for never being tardy. Yea Hudson!! 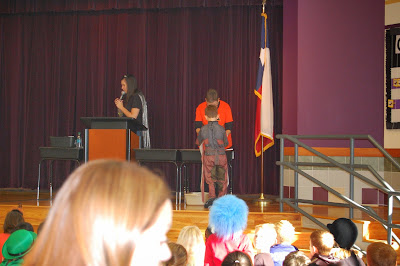 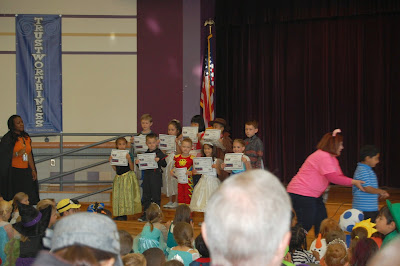 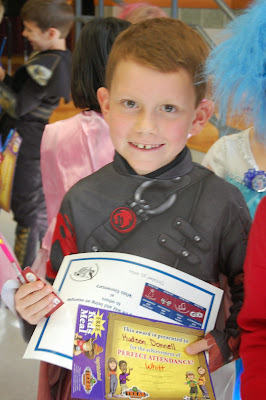 After the assembly, Holden and I headed back home so he could take a nap before heading back up to school for Hudson's class party.  First they decorated ghosts... 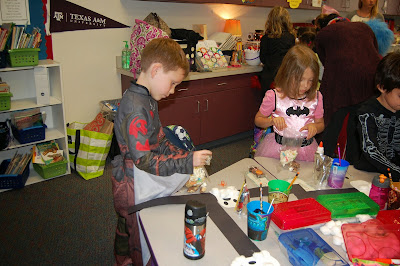 Then, they were turned into mummies! 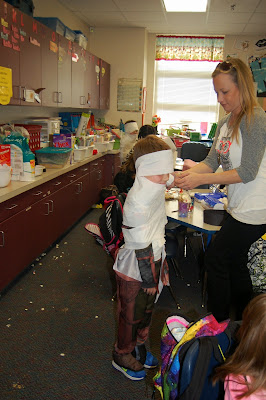 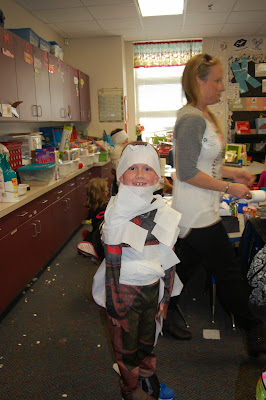 That night we had our traditional Jack O Lantern pizza for dinner.  I think Hudson was going to eat the whole thing.  Nut! 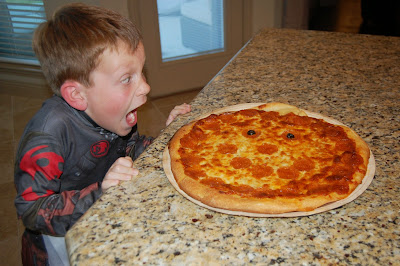 I had grand plans of cute pictures of the boys this year.  When Hudson decided to be Hiccup from the movie How to Train Your Dragon, I immediately searched for a dragon costume for Holden.  Cute idea, right??  Well, I didn't think about the fact that Holden might not like his darling dragon costume.  Or, the fact that he might actually HATE his adorable little dragon costume.  Yep, I got three pictures before he completely freaked out.  :( 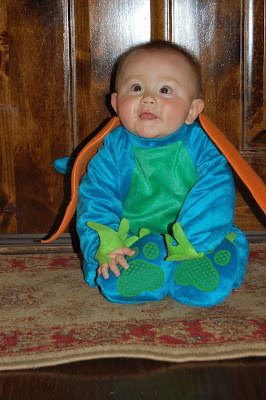 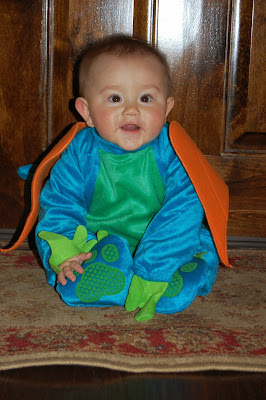 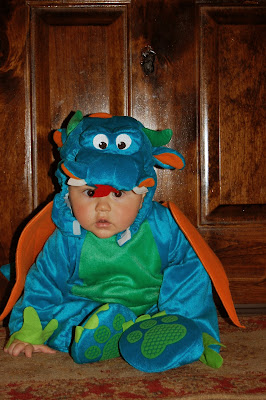 That was as good as it got.  He REALLY didn't like the hat!! 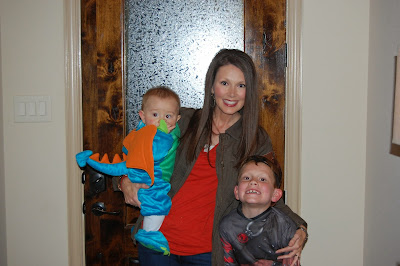 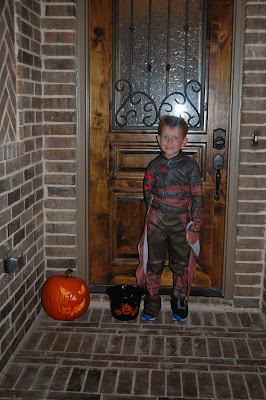 At least my big boy cooperated! 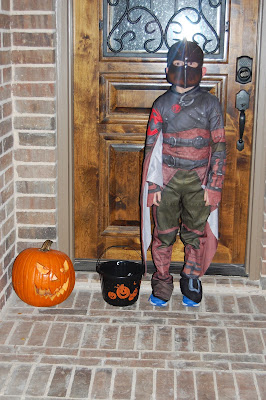 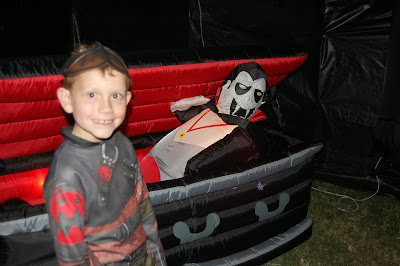 We met up with Hudson's friend Jaxon from school to go trick or treating that night.  Our little grumpy dragon went to bed while Noni stayed at the house and passed out candy. 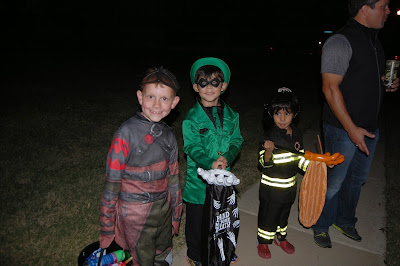 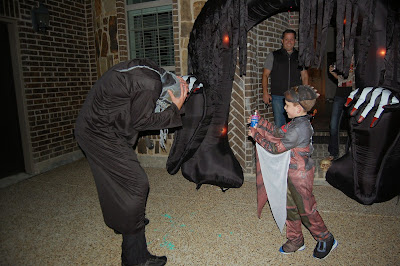 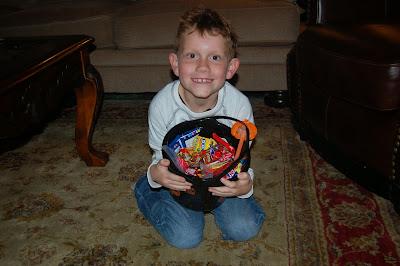 When we got home, Hudson went through his loot and got to choose one piece of candy before bed.  It was a great day!! 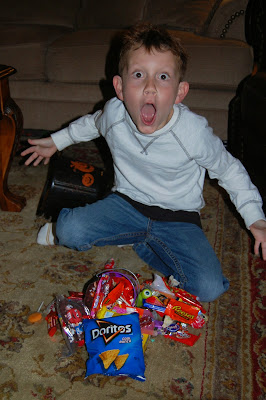