This past week, Hudson had his first "field trip" at school. They didn't go anywhere...the fire department came to them, but he was super excited. The school wanted a parent volunteer for each class to come and take pictures and I of course, was so happy to do it!
Here he is with his sweet little class waiting patiently for the firemen to arrive. 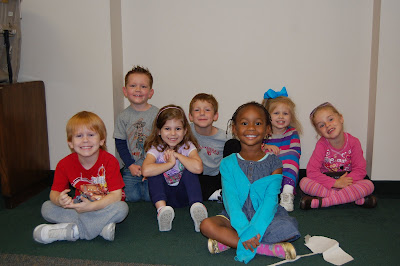 Learning how to STOP, DROP, and ROLL. 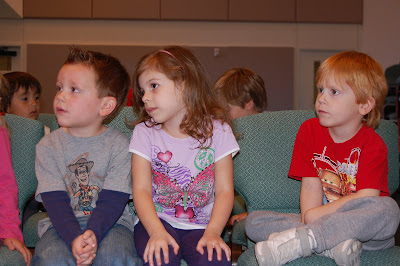 Taking a tour of the firetruck. 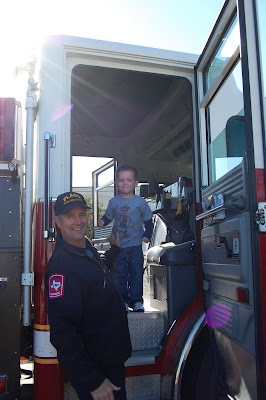 How cute are they sitting on the front of the firetruck? Love it! 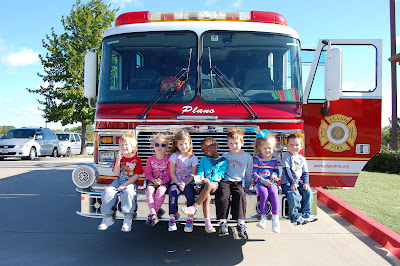 I'm so happy I get to share some of this with him...so fun!!
Posted by Donnell Days at 1:14 PM No comments: Links to this post

This past Saturday was the OU/TX game...also known as "Our House Divided Day" around here! We packed up and headed out early to Garret & Jaclyn's house for a full day of fun and football!
How fun are these? Holly had them made for the party! :) 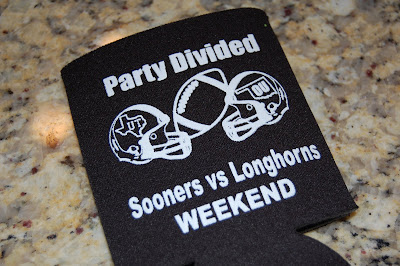 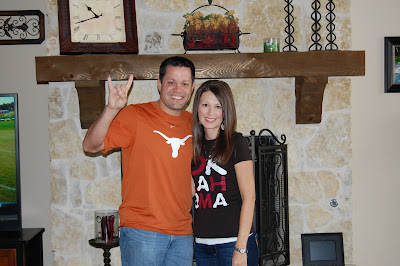 Kelly has brain washed this poor little child. Poor thing.
(Hudson wore his TX shirt the first half and then changed at halftime.) 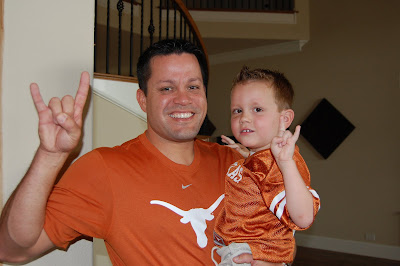 All the kids at the party. They had SO MUCH FUN...played for hours, swam, jumped in a mini bounce house, and even watched a movie. Hudson was loving life and didn't want to leave! 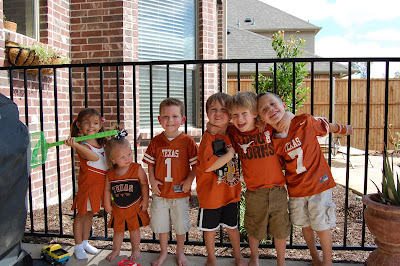 Our only family pic of the day...I forgot to get another when after Hudson changed. :( 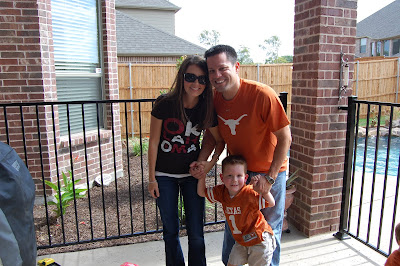 Not a good picture, but the only one of Hudson in his OU shirt. 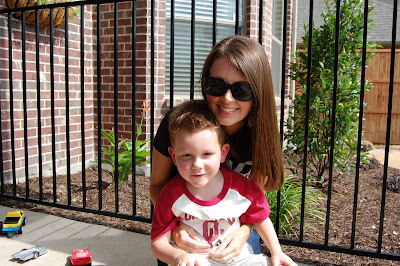 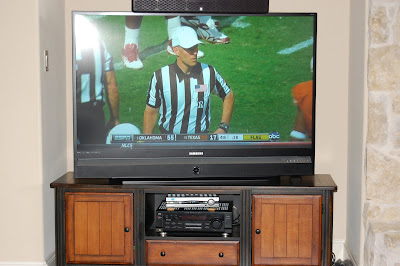 Such a fun family rivalry! Can't wait until next year!
Posted by Donnell Days at 1:49 PM No comments: Links to this post

The Cat in the Hat 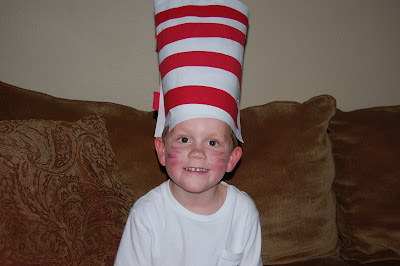 Can you tell who just finished a Dr. Seuss unit at school?? He even ate green eggs & ham one day! He is having so much fun with Ms. Amber...loving Pre-K! :)
Posted by Donnell Days at 1:27 PM No comments: Links to this post

My Grammy was a true Grandmother in every sense of the word. She was the grandmother who had fresh baked cookies waiting when you got to her house, the grandmother who literally would play board games with you ALL DAY if that is what you wanted to do, the grandmother who tucked you in at night, the grandmother who would make different meals for my sister and I because we wanted something different to eat. She pin-rolled my hair, made crochet blankets, and sent cards for every reason imaginable. She kept her house so clean you could eat off her floors and she was a social butterfly...had more friends than you could imagine. She loved me unconditionally and referred to me as "My Dena." After being sick for a really long time, my Grammy went to be with Jesus two weeks ago. I will be forever grateful that I was able to see her the week before. As hard as it was to say goodbye, I know that she is up there with my Grandad and I look forward to the day when we see each other again and play board games all day long.
My first picture with My Grammy. (And my Dad.) 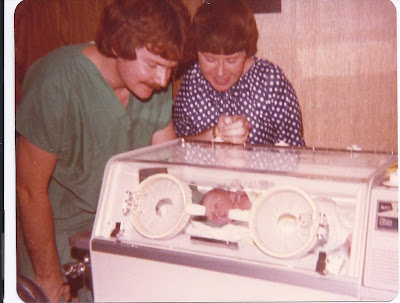 Grammy with her Grandkids in 1999. 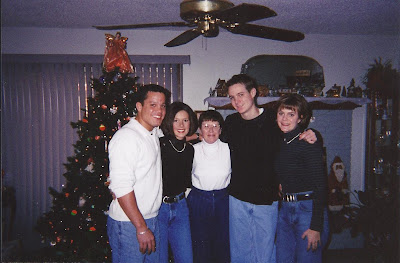 My sister and I's last picture with Grammy in April of 2010. 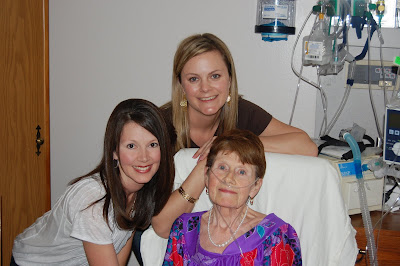 Our last family picture outside of Grammy and Grandad's house after her funeral. If I could bottle up the memories made in this tiny town, I would in a heartbeat. Some of the best childhood memories a kid could ask for. 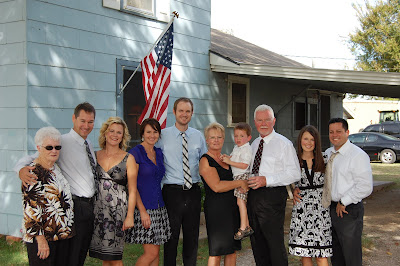 I love you Grammy.
Posted by Donnell Days at 8:47 AM 2 comments: Links to this post