All I want for Easter is my 2 front teeth!

Thursday, April 3rd I received a call from the school nurse saying that she had Hudson in the clinic.  He and another child had a head on collision at recess and he had a busted lip.  She said he was OK, but he bled a lot and assured me he was being really brave.  Well, when I picked him up from school, I discovered that he not only had a busted lip, but he also had a REALLY loose top tooth that was hurting him.  After thinking about it all night I decided to call his dentist in the morning.  They said they wanted to see him to make sure there wasn't any permanent damage done.  So, the next day we left his field trip a little early and headed to see Dr. Lisi.  Thankfully there wasn't any permanent damage, but she did tell us that she wanted the tooth gone by the weekend so that an abscess didn't develop.  Eek!!  She talked to Hudson about all the ways to wiggle it and things to eat to get it to come out on its own and then told me that if it didn't come out we would have to go back in for her to pull it and she REALLY didn't want to do that.  Well, my precious boy had a LOT of tears the next few days because he is not the kid who messes with loose teeth.  It was a long weekend and the tooth was still there come Monday morning.  I told him we would give it a few more days.  Thankfully I received a call Tuesday from the nurse saying it came out.  HOORAY!!  Here is my big boy with NO front teeth! 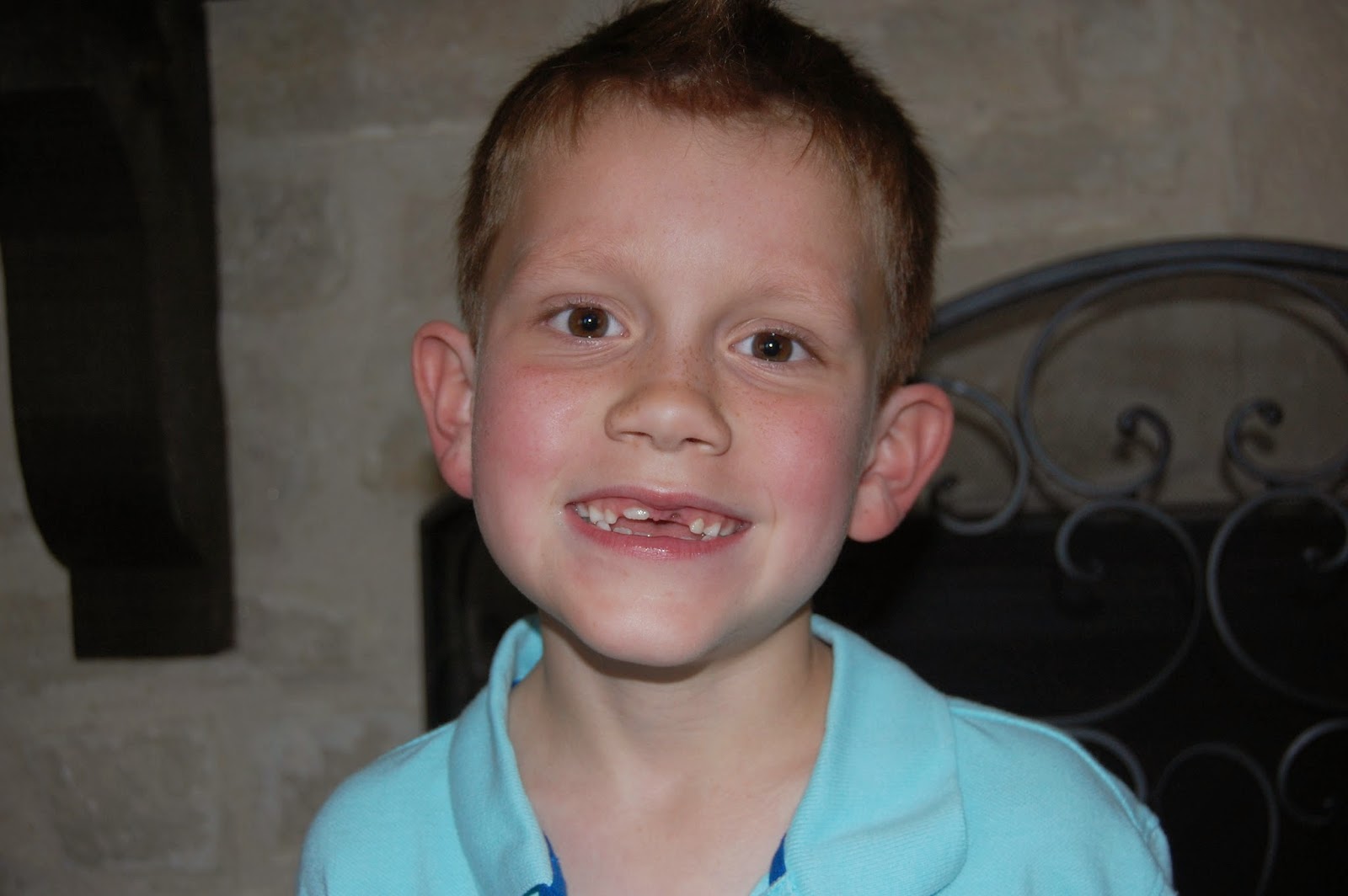