This past weekend we headed up to Oklahoma to help my Grandma celebrate her 80th birthday. It was the first time her 3 great-grandchildren were together and the first time Hudson met his second cousins. 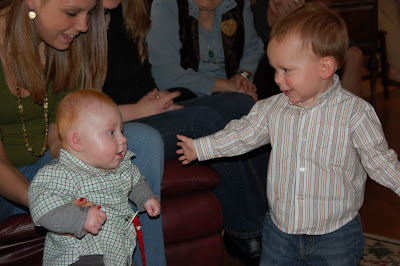 Hudson meeting Carter for the first time. He kept trying to put his paci in his mouth for him...it was precious! 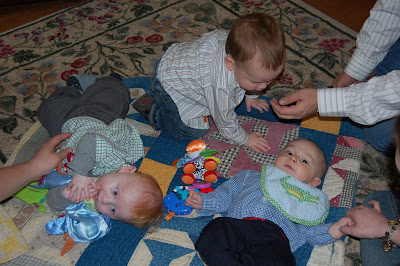 Carter, Hudson, and Henry
Hudson didn't quite understand why the other two boys were just laying there...he really wanted them to play with him. 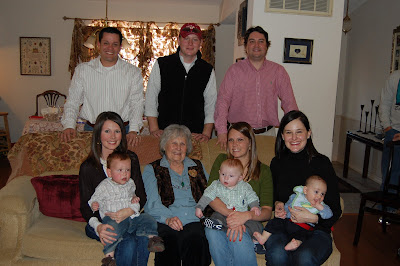 Here is Grandma with her grandchildren and their spouses and her great-grandchildren. How neat! :)
After the party we headed to Paw-Paw and Nana's to spend the night before returning home on Sunday. Hudson was so excited that he got to see so much family all in one day! Sunday before we left Hudson was playing outside with Nana and was having a hard time keeping his hood on his head. She finally realized that if she had her hood on, then he didn't mind wearing his too. I walked outside to find this: 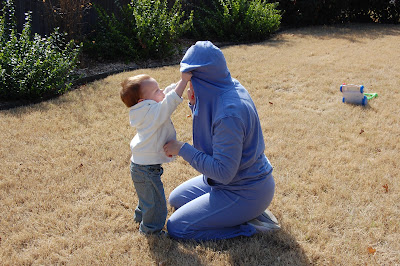 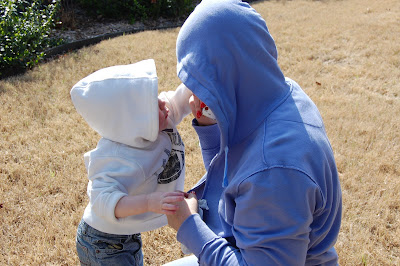 He looks so grown up and tall in that first picture...WOW!