August 25th was Hudson's first day of 1st grade!!  He woke up ready to go.  He did confess that he was a little nervous.  When I asked why, he said he was worried his teacher wouldn't be as nice as his teacher last year.  Mrs. Williams has BIG shoes to fill! 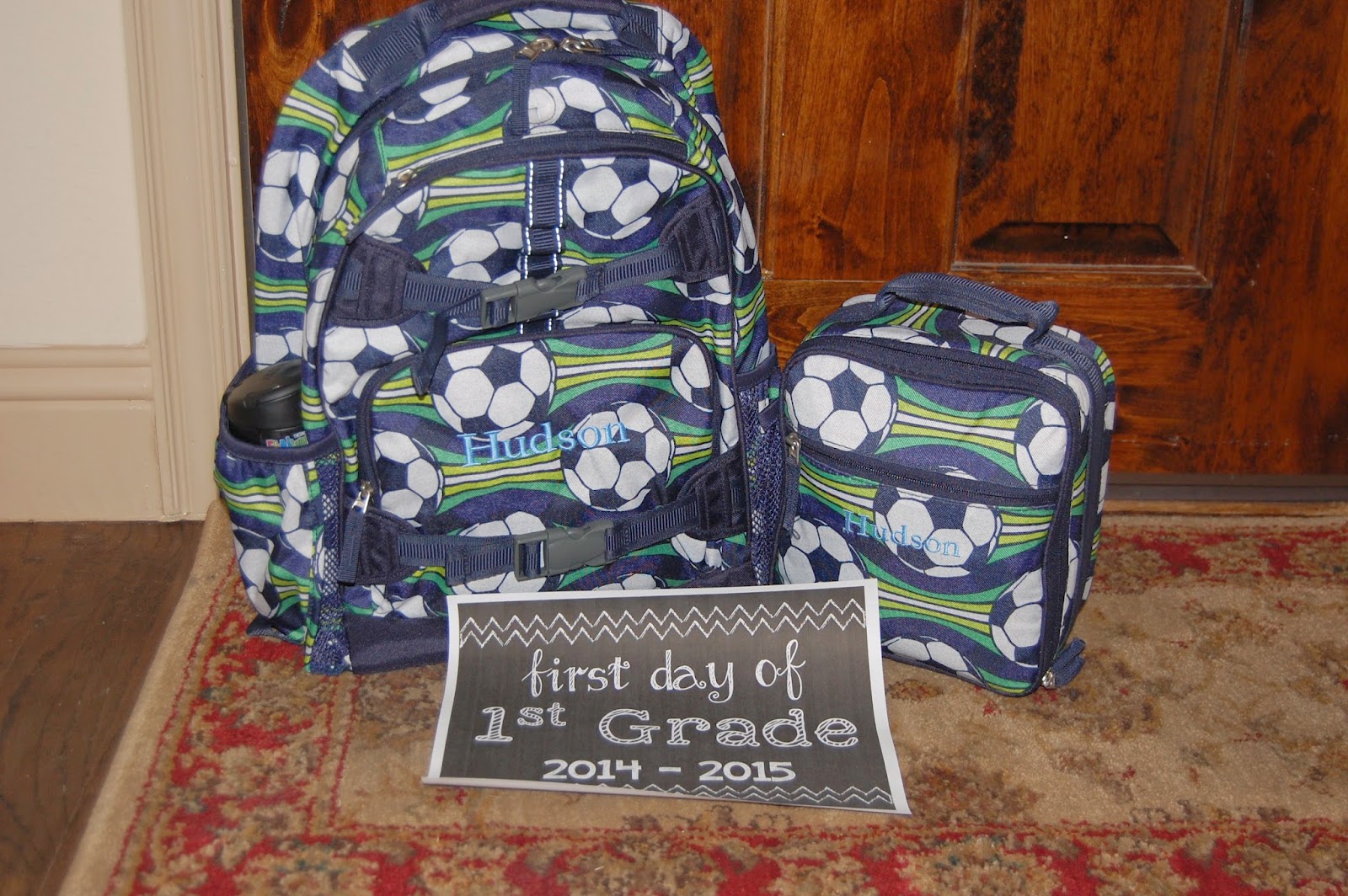 He was ready early and indulged me in a lot of pictures!  His first pose was his idea...holding up number 1's for first grade.  :) 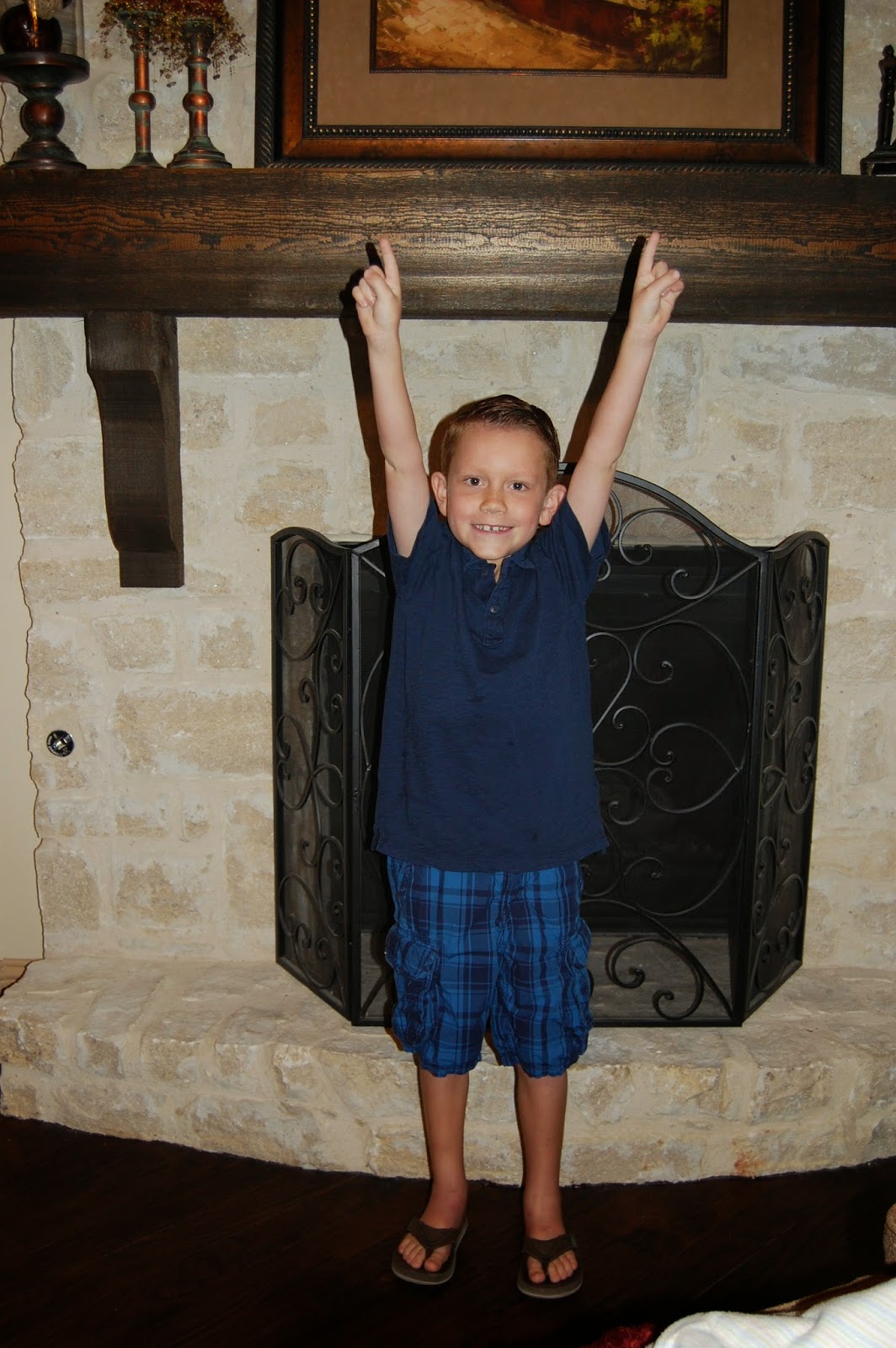 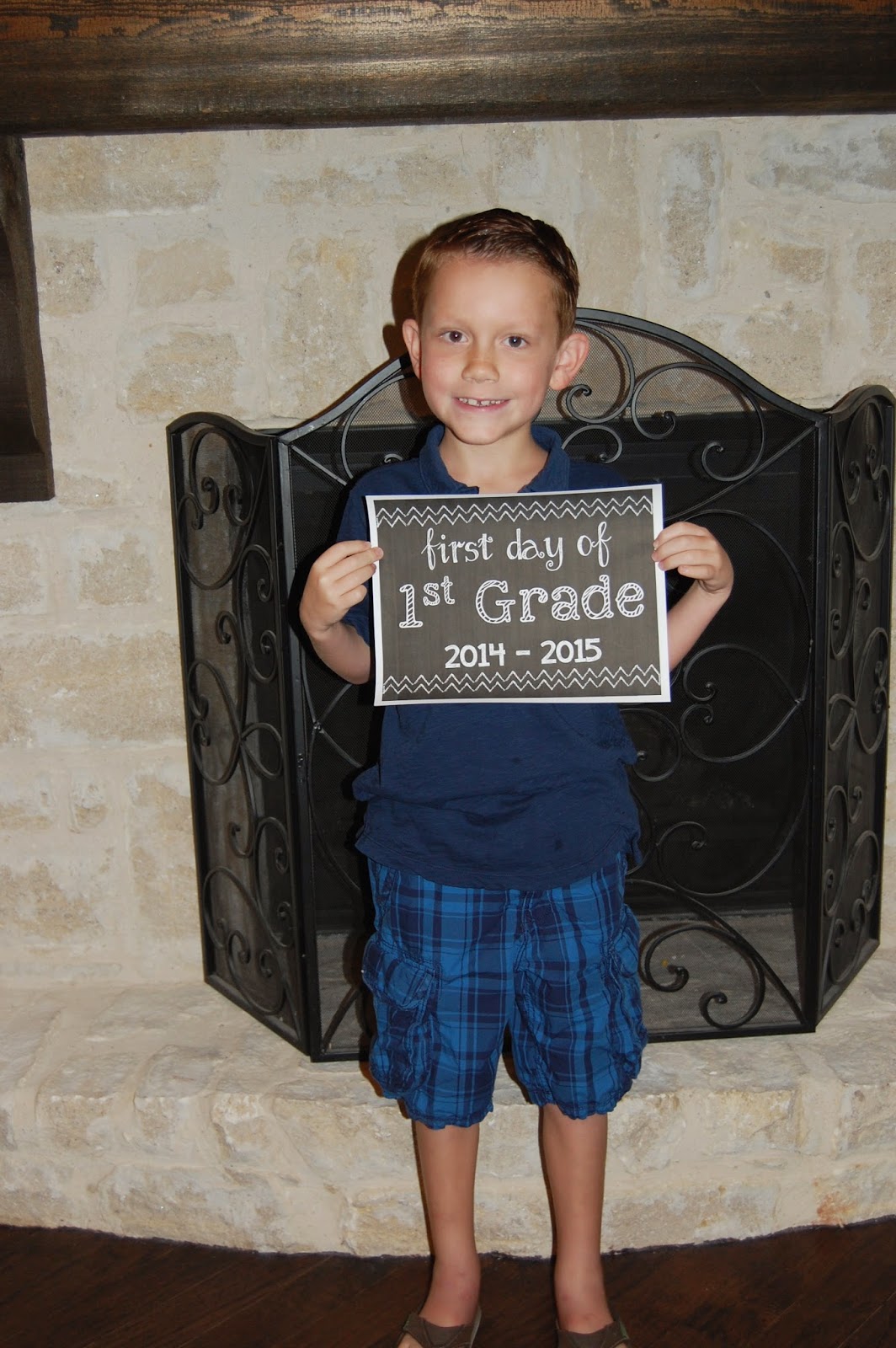 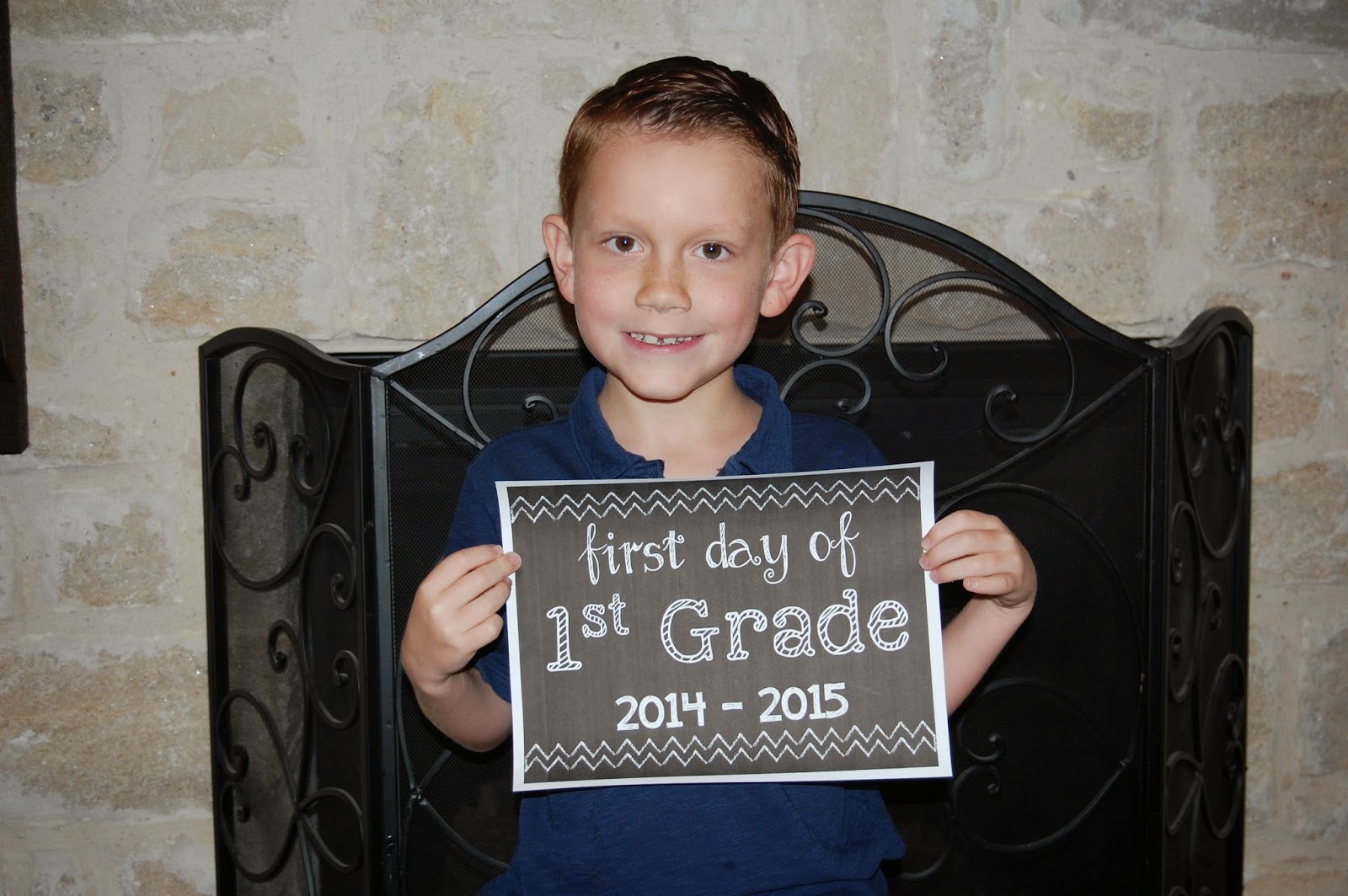 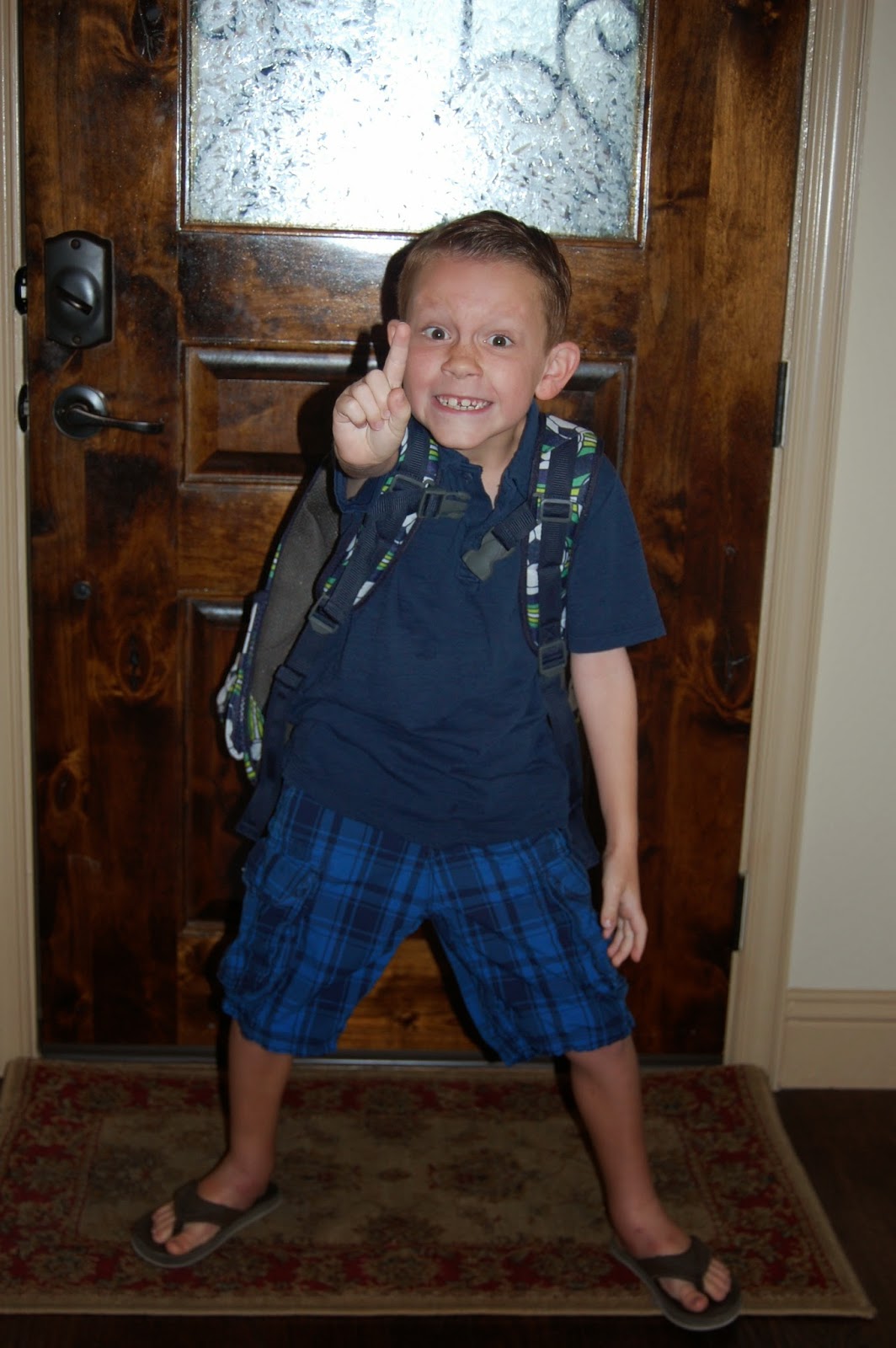 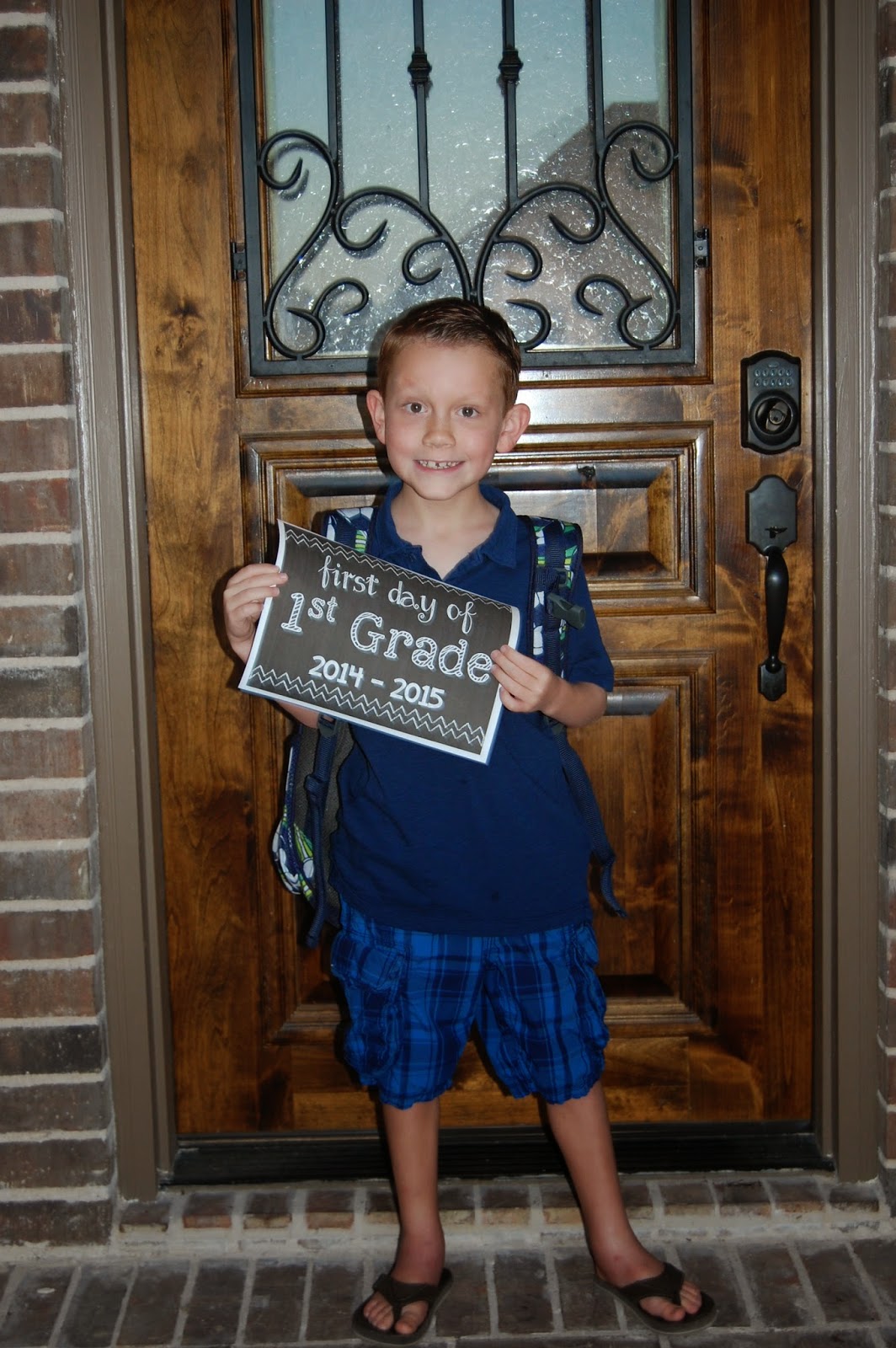 My BIG boy ready to go!
Here is a side story...we'll never forget the first week of 1st grade because poor Hudson stepped in an ant pile the Saturday before school started.  Needless to say, his ankles swelled up and he had giant blisters all over his feet.  Poor thing couldn't even get tennis shoes on.  So, the very first day we had to stop by Nurse Kim's office before heading to class to drop off some Benadryl cream.  She and his teacher were so sweet about it and took such good care of my boy.  Nurse Kim called me twice during the day to let me know that she put medicine on and iced his feet and his sweet teacher called after school to check on him.  Makes me feel so good about his school...they truly care about the kids and take such good care of him!!
Posted by Donnell Days at 1:47 PM