Everybody in the POOL!

This year Hudson wanted his party at our neighborhood swimming pool.  We had to bend the rules a little because technically each family can only have 5 guests per pool card.  He was ADAMANT that his party be there though, so after borrowing some neighbors pool keys and having a smaller than usual guest list, the party was planned!  Instead of doing cake or cupcakes this year, I had these DARLING cookies made.  They were so.stinkin'.cute!!!! 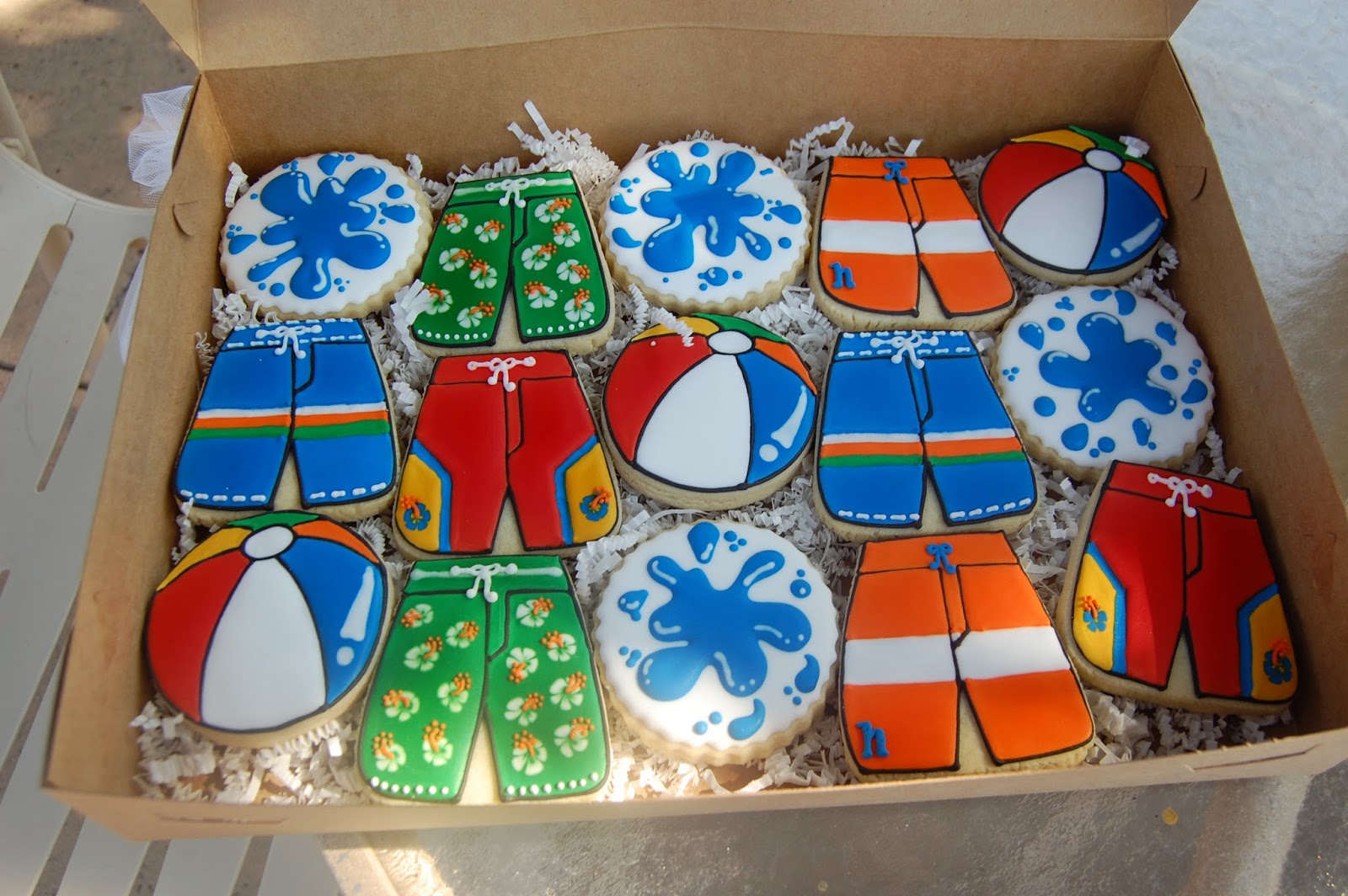 As friends arrived, they could get a water squirter to play with and eventually take home.  These were a HIT!  (I forgot to get a picture of these at the beginning of the party...oops!) 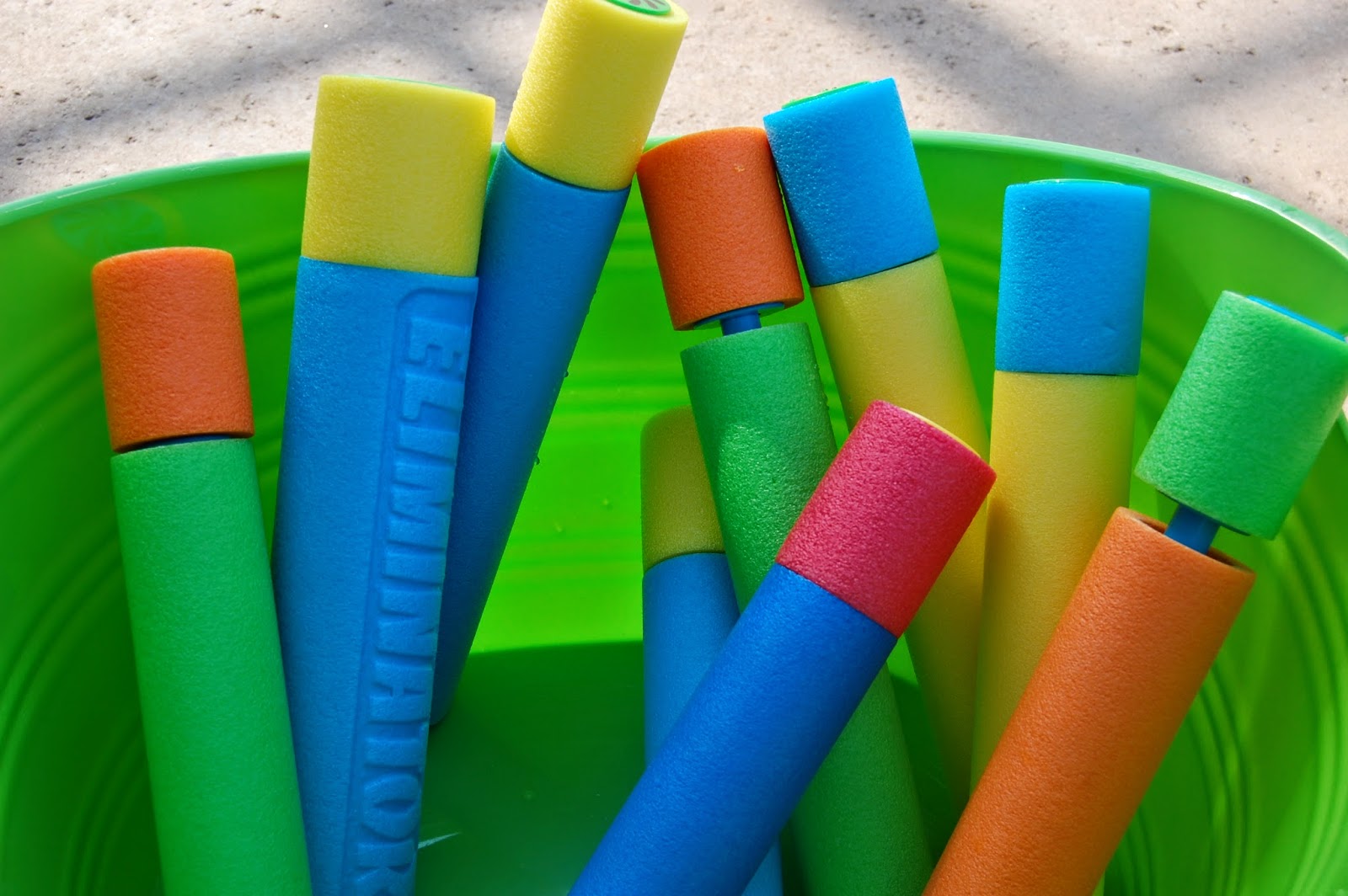 Another fun favor were these freezer ice Popsicles that I put together and stuck in buckets on the tables. 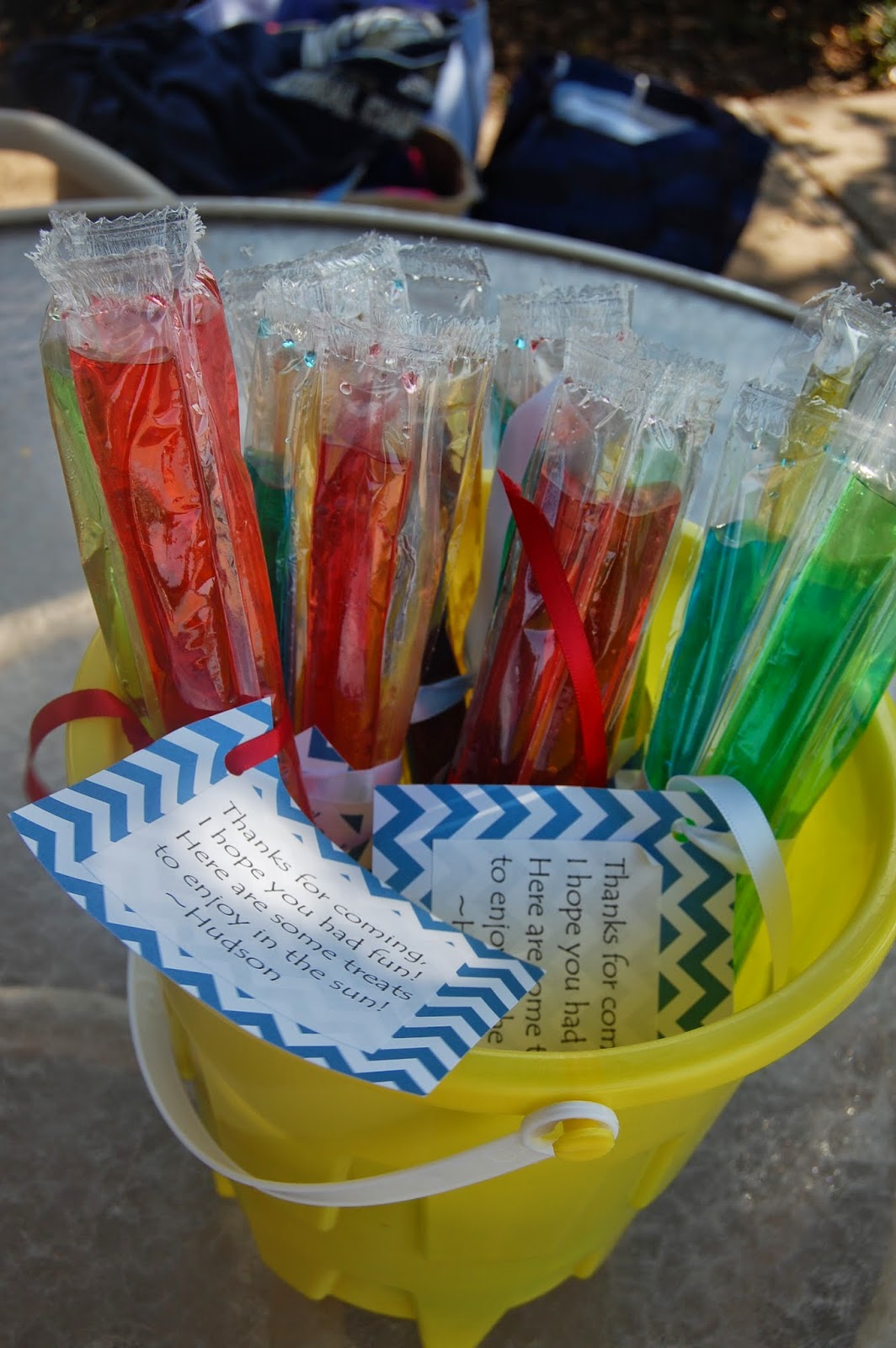 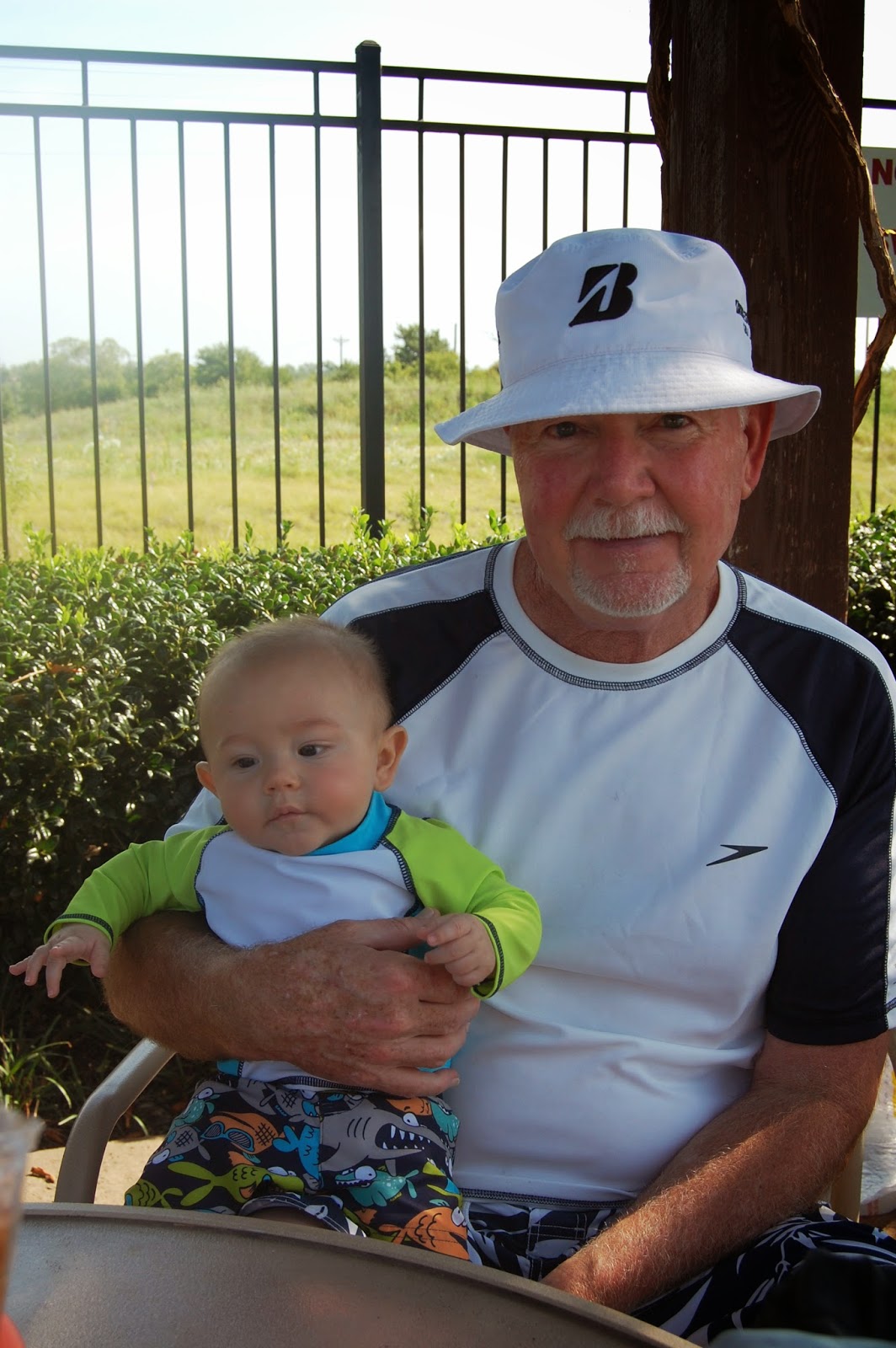 Paw-Paw and Holden enjoyed the party in the shade.  Holden even decided that Paw-Paw's hand made a good pacifier.  :) 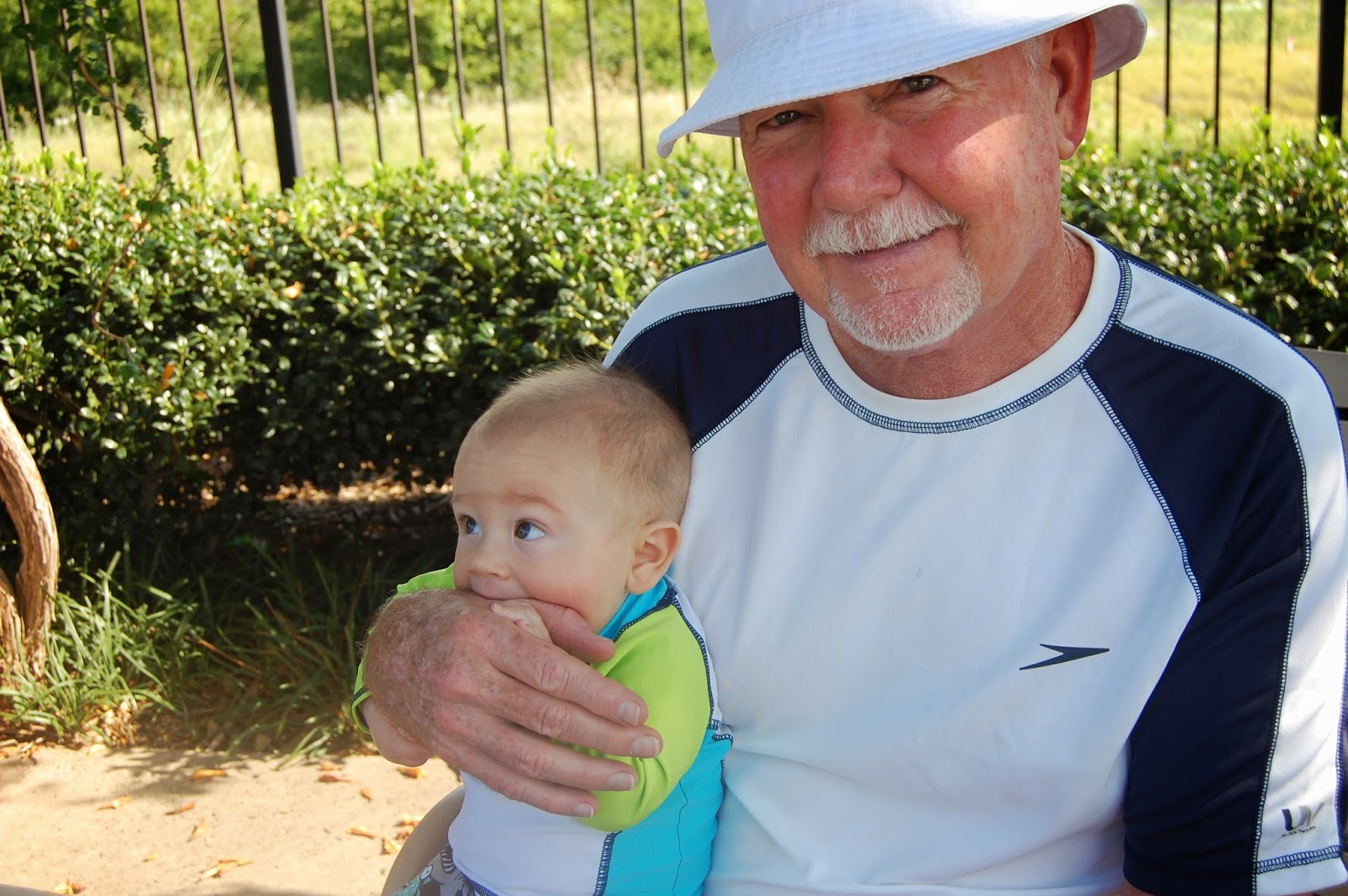 We were so happy that Aunt Fern could be there too! 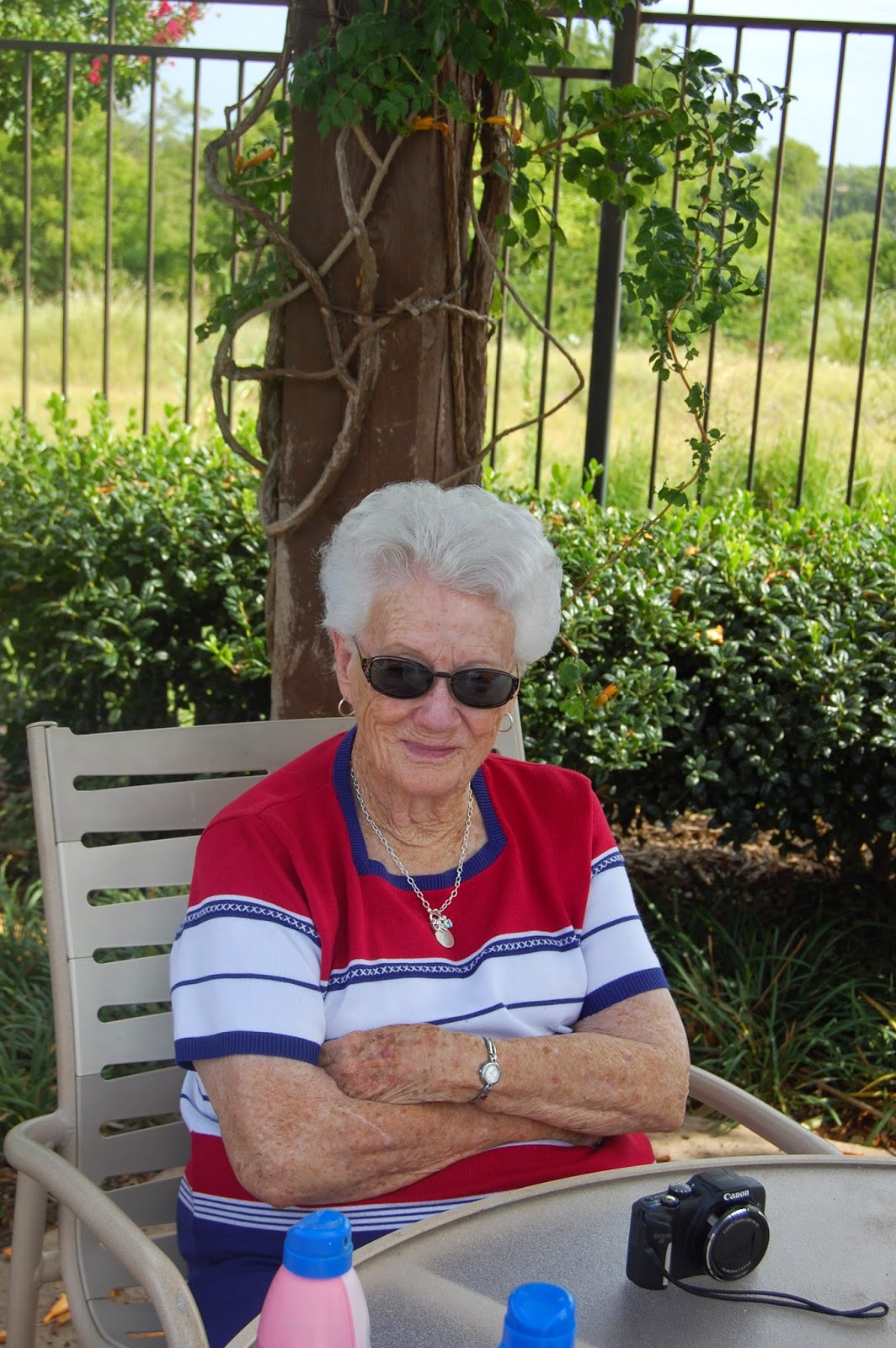 A few pics of the kids having fun. 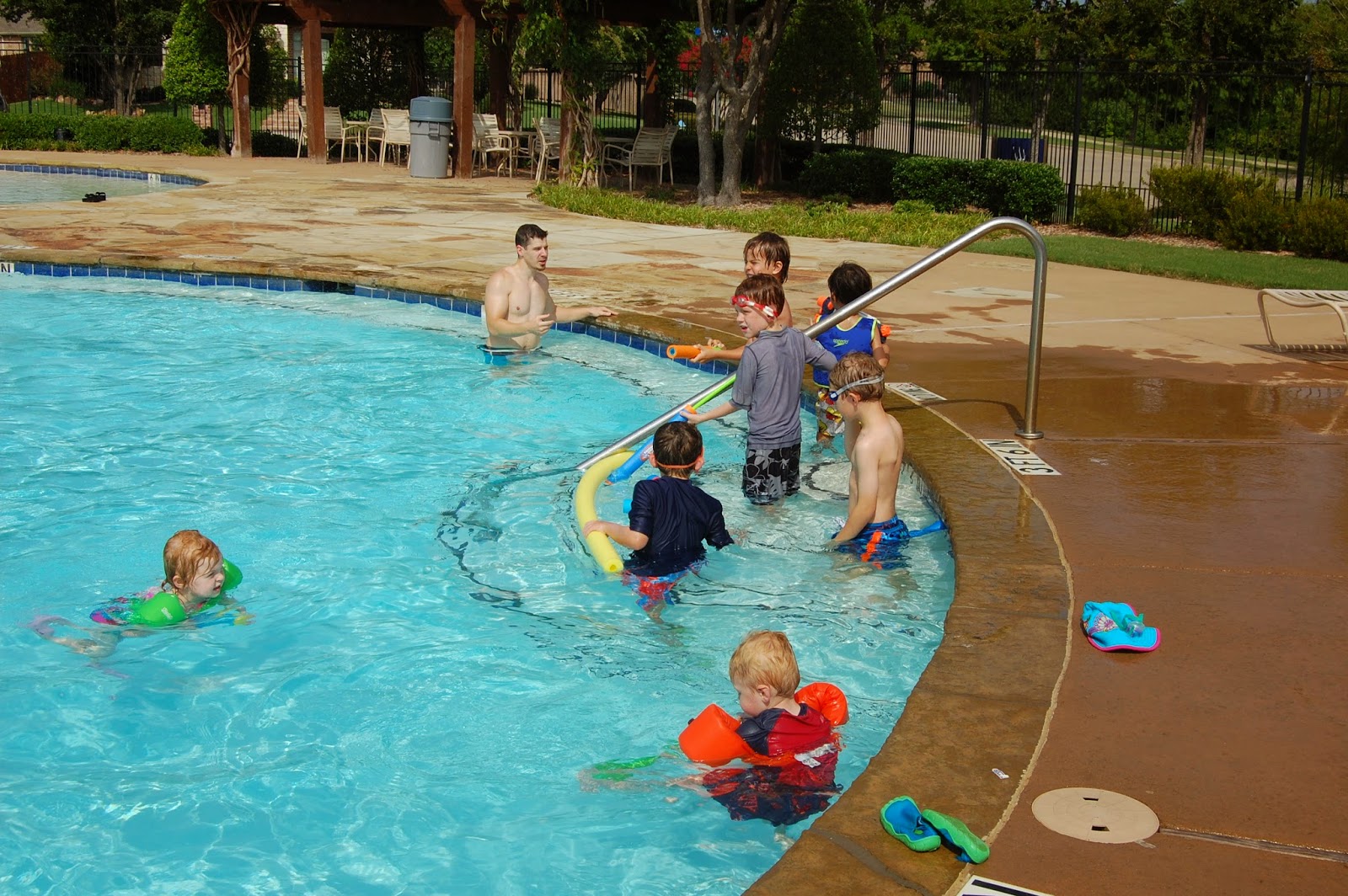 Notice that Daddy and Uncle Geoff have water squirters.  :) 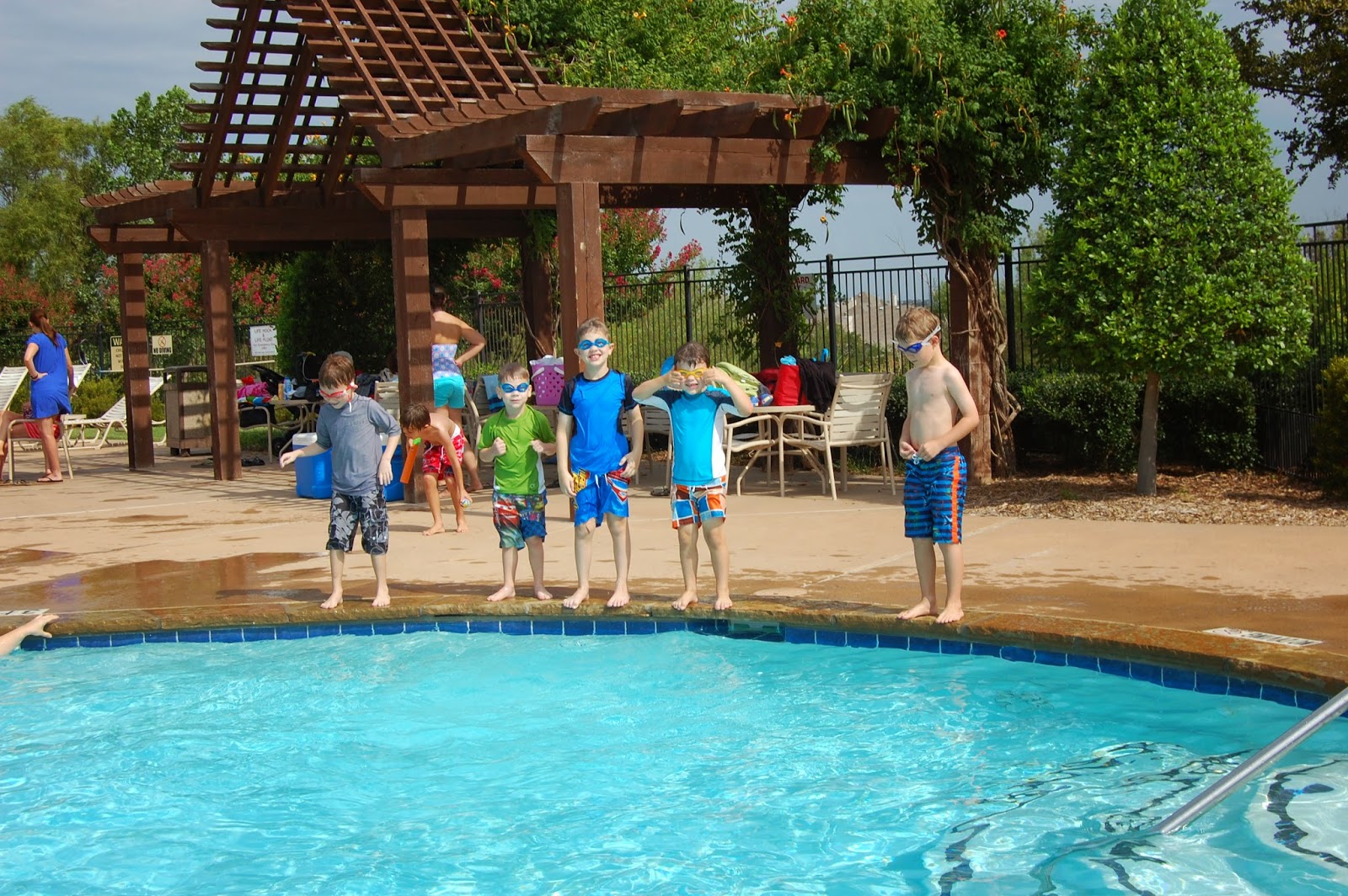 A little action shot of some of the boys jumping in the pool.  Love it! 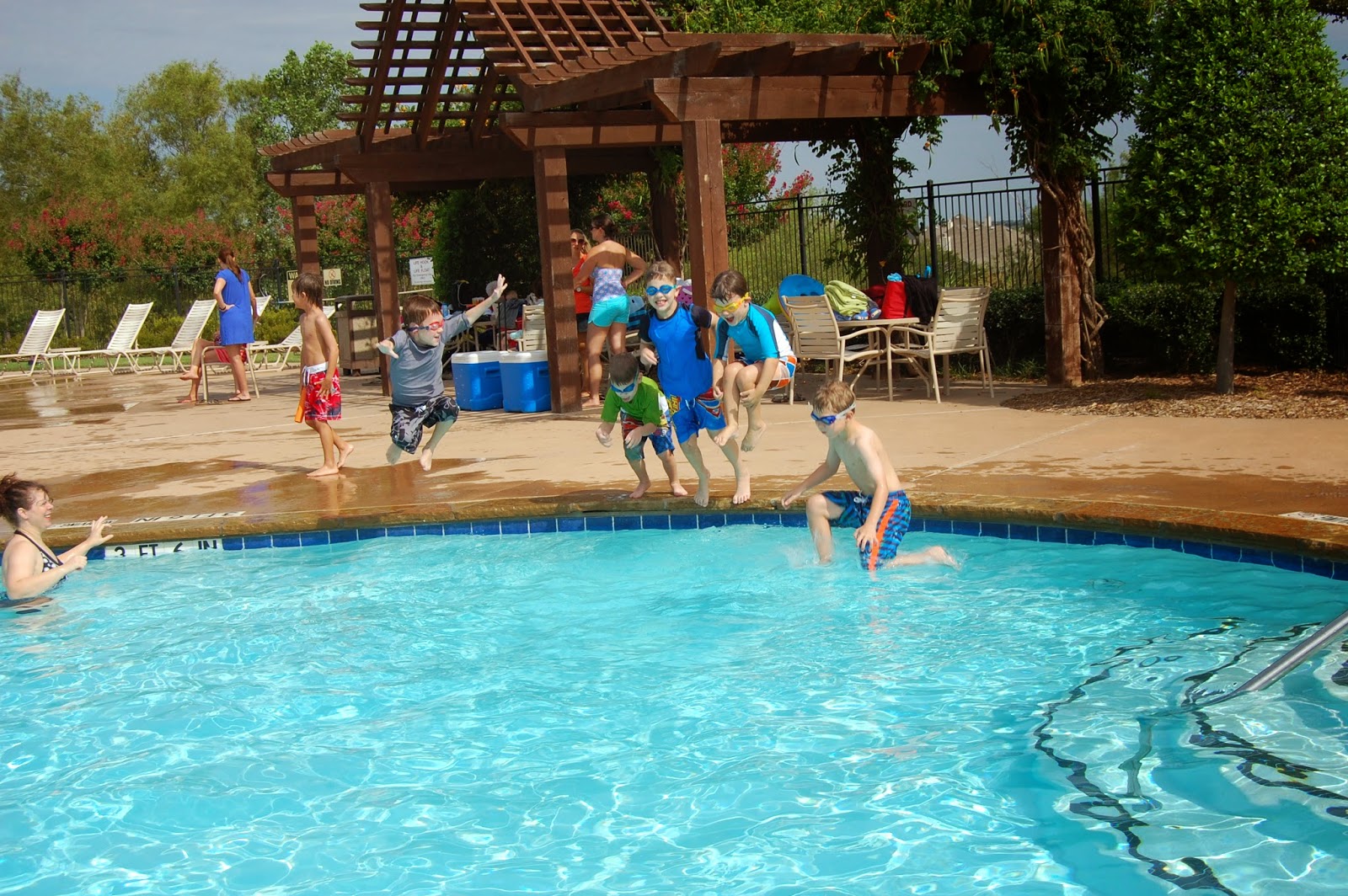 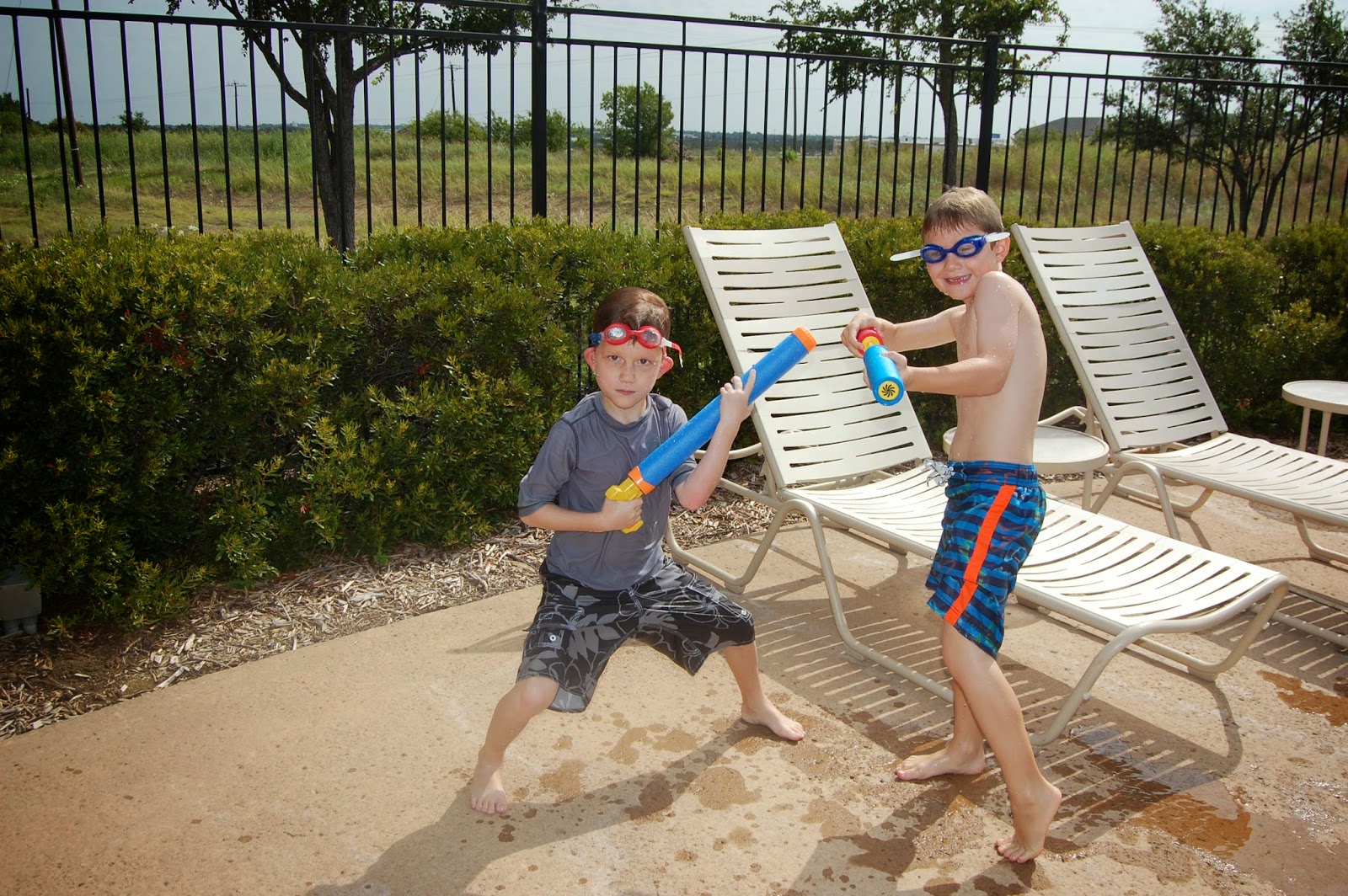 Holden decided to take a nap on Noni half way through the party.  Sweet boy! 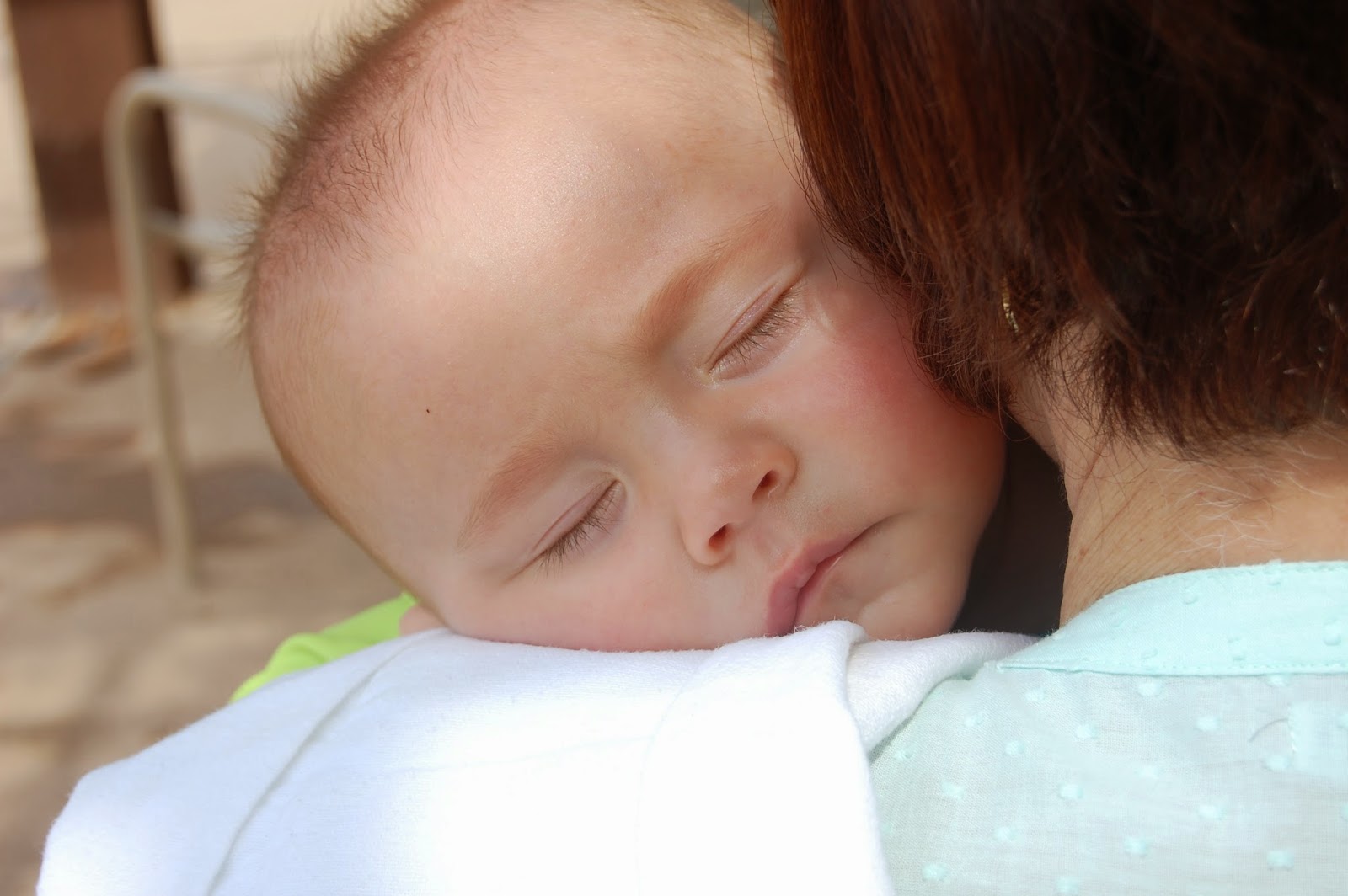 Luke got in some pool fun with his Daddy. 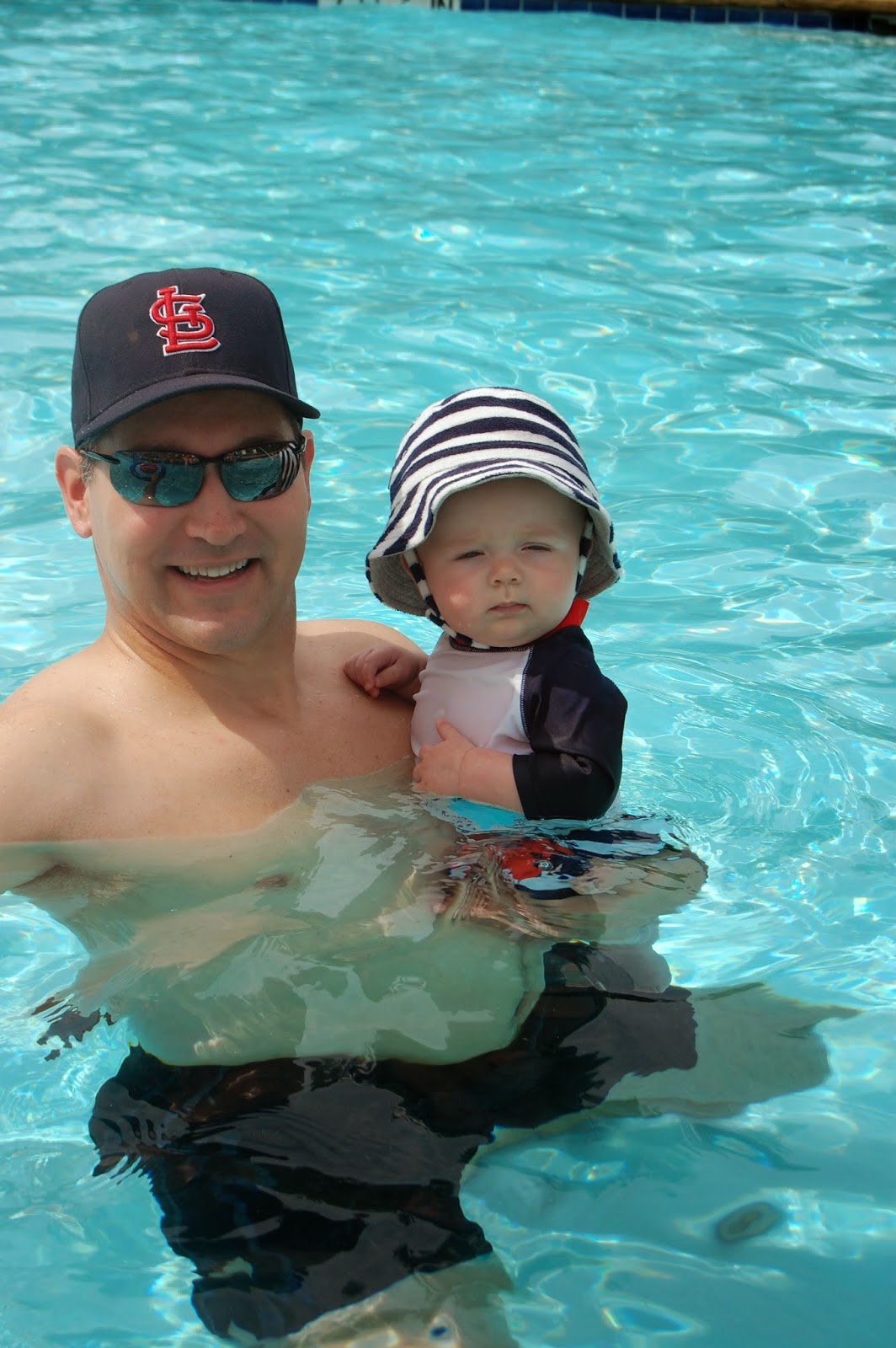 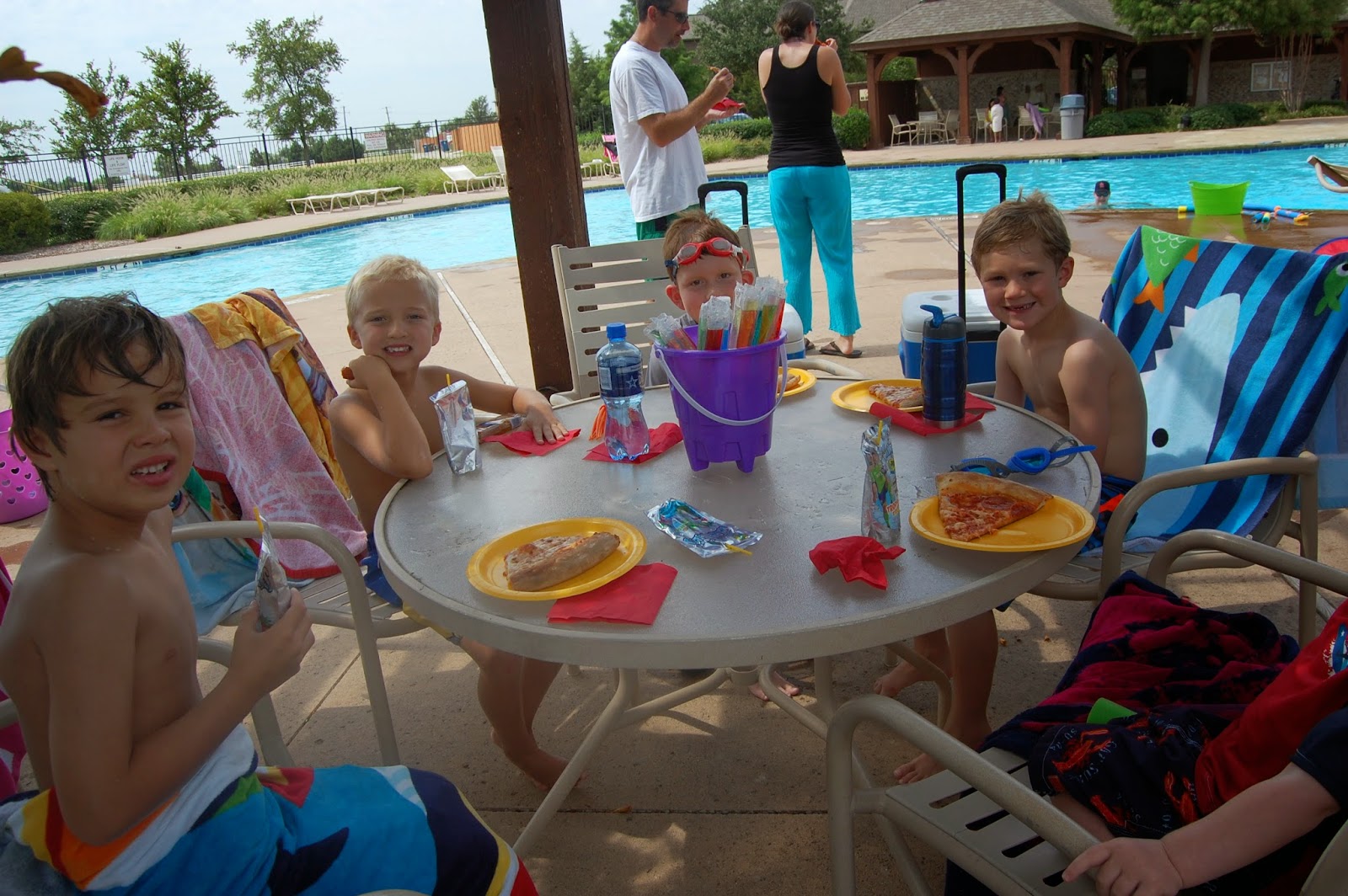 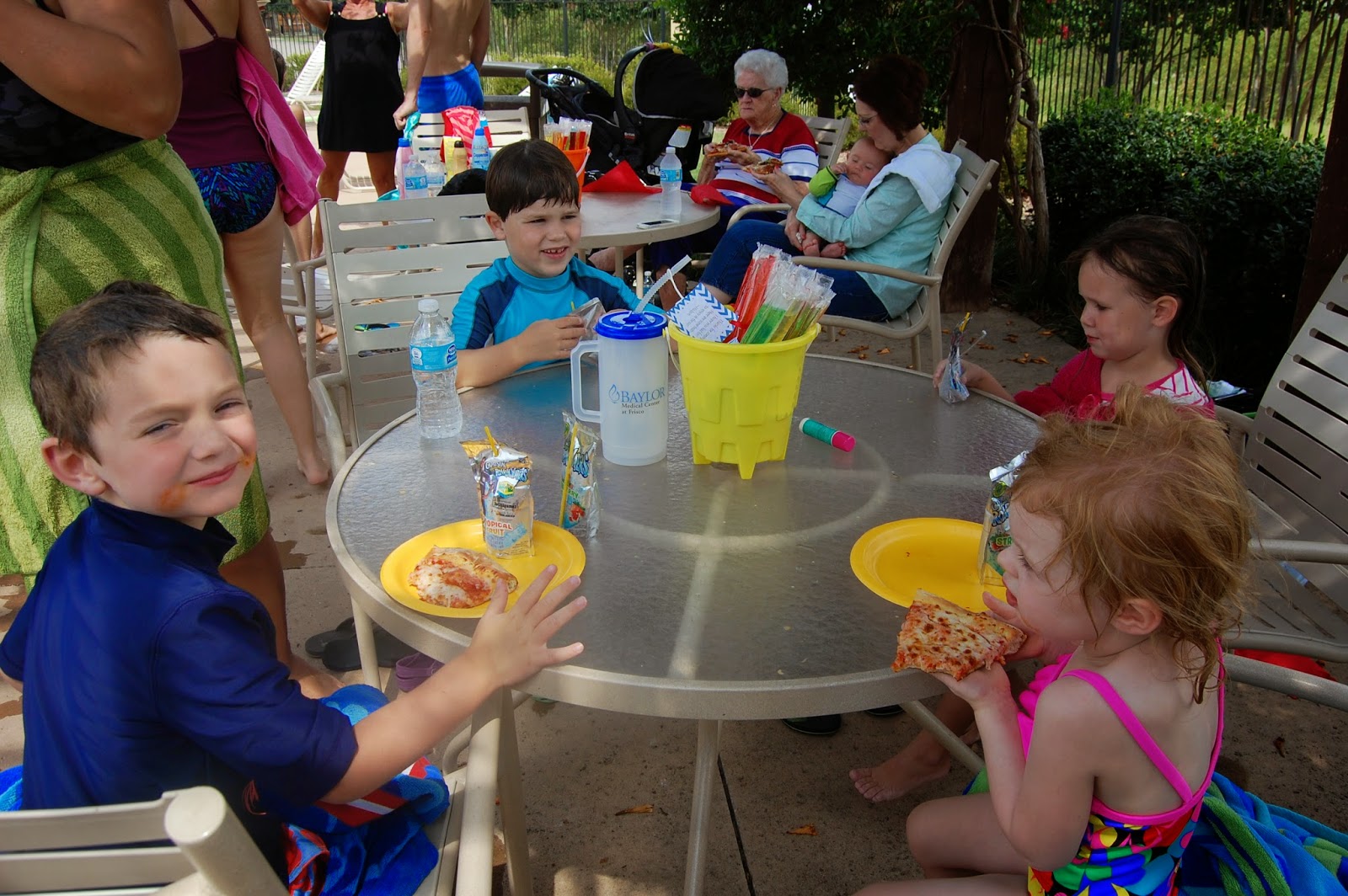 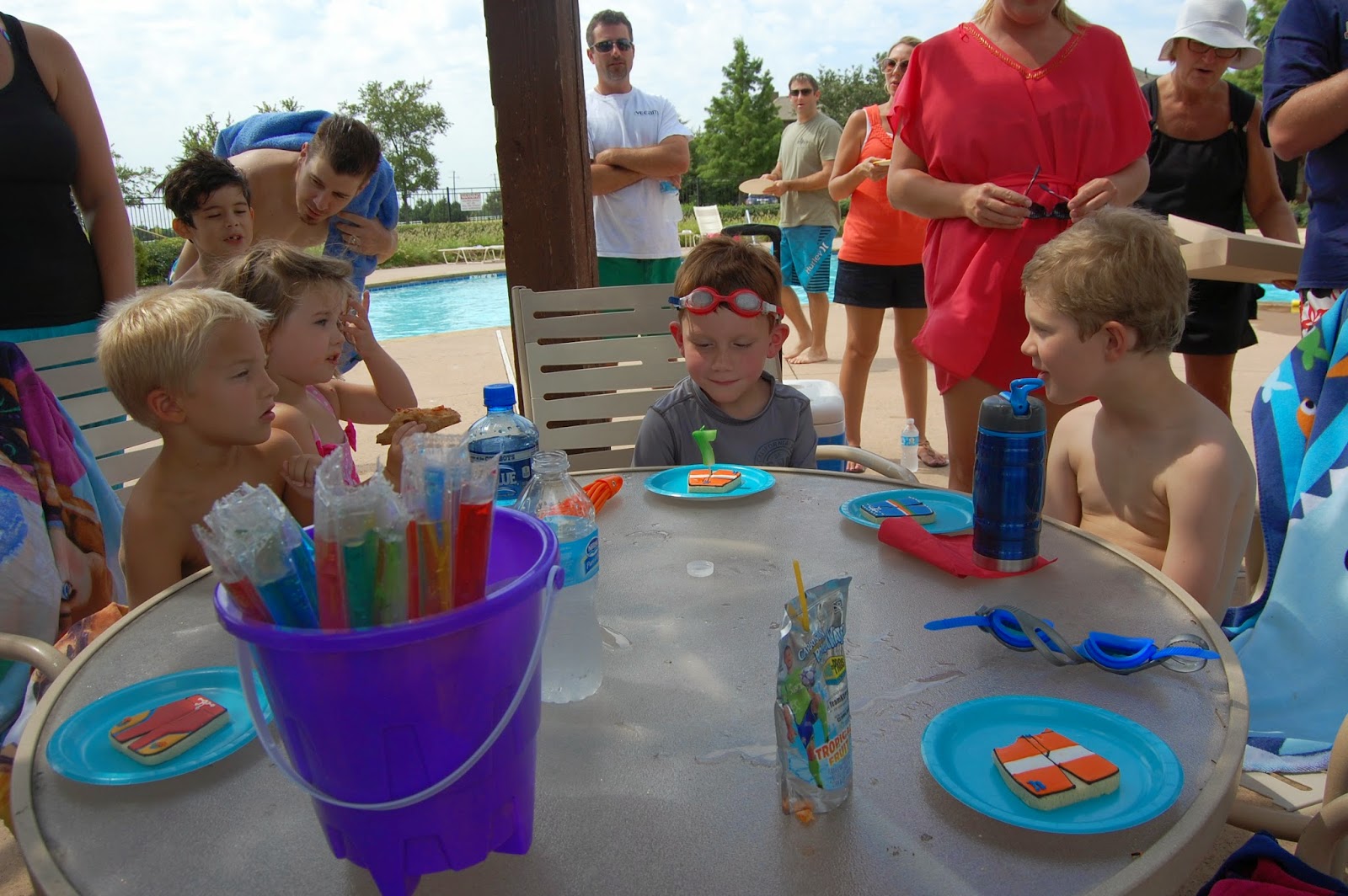 We had a hard time getting Hudson's candle to stay lit with the wind, but he was a trooper! 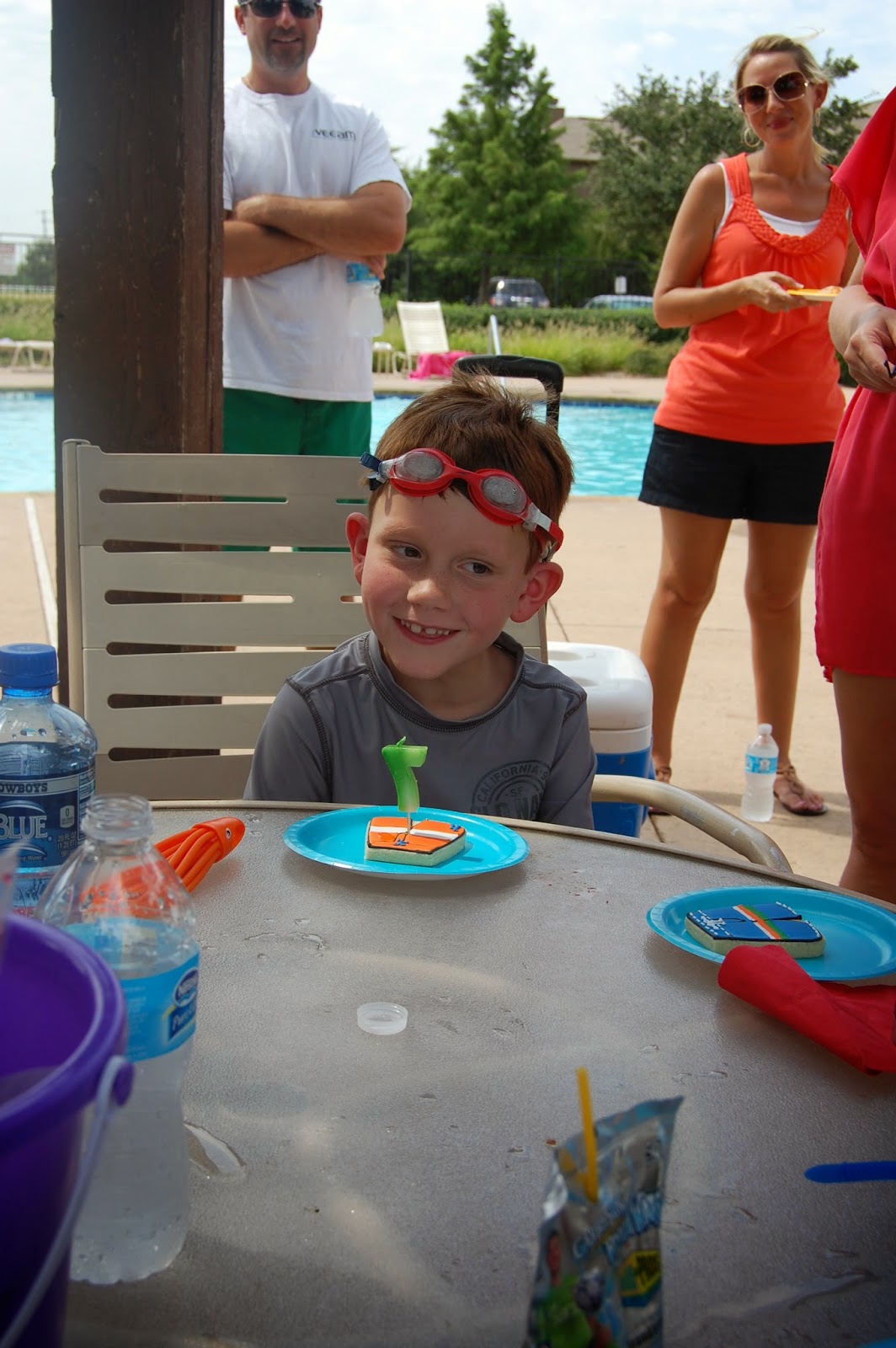 Family picture at the end of the party.  Poor Holden had a massive blowout, so he was a diaper baby for a few minutes. 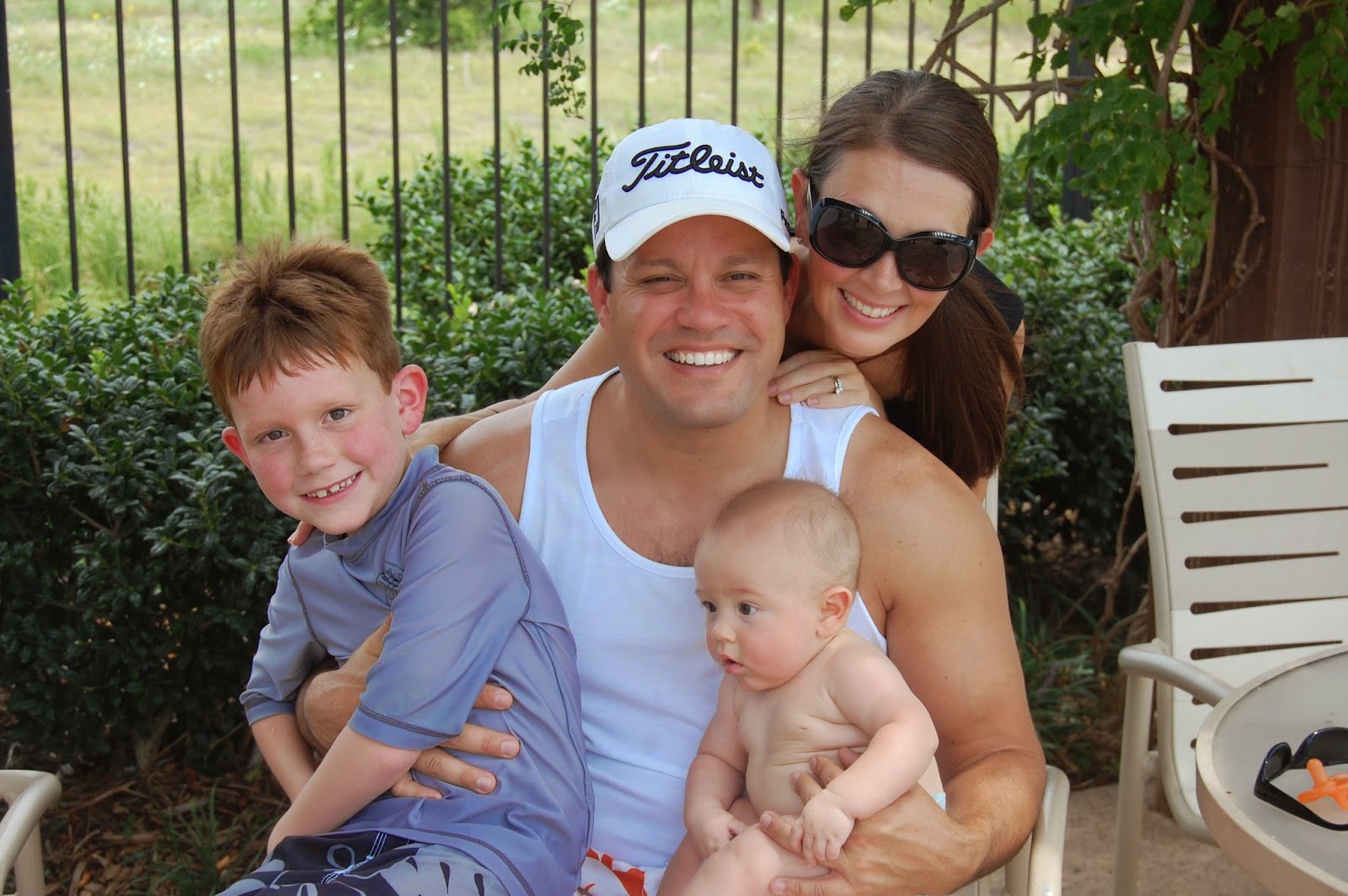 Hudson with his friend Peyton just before leaving. 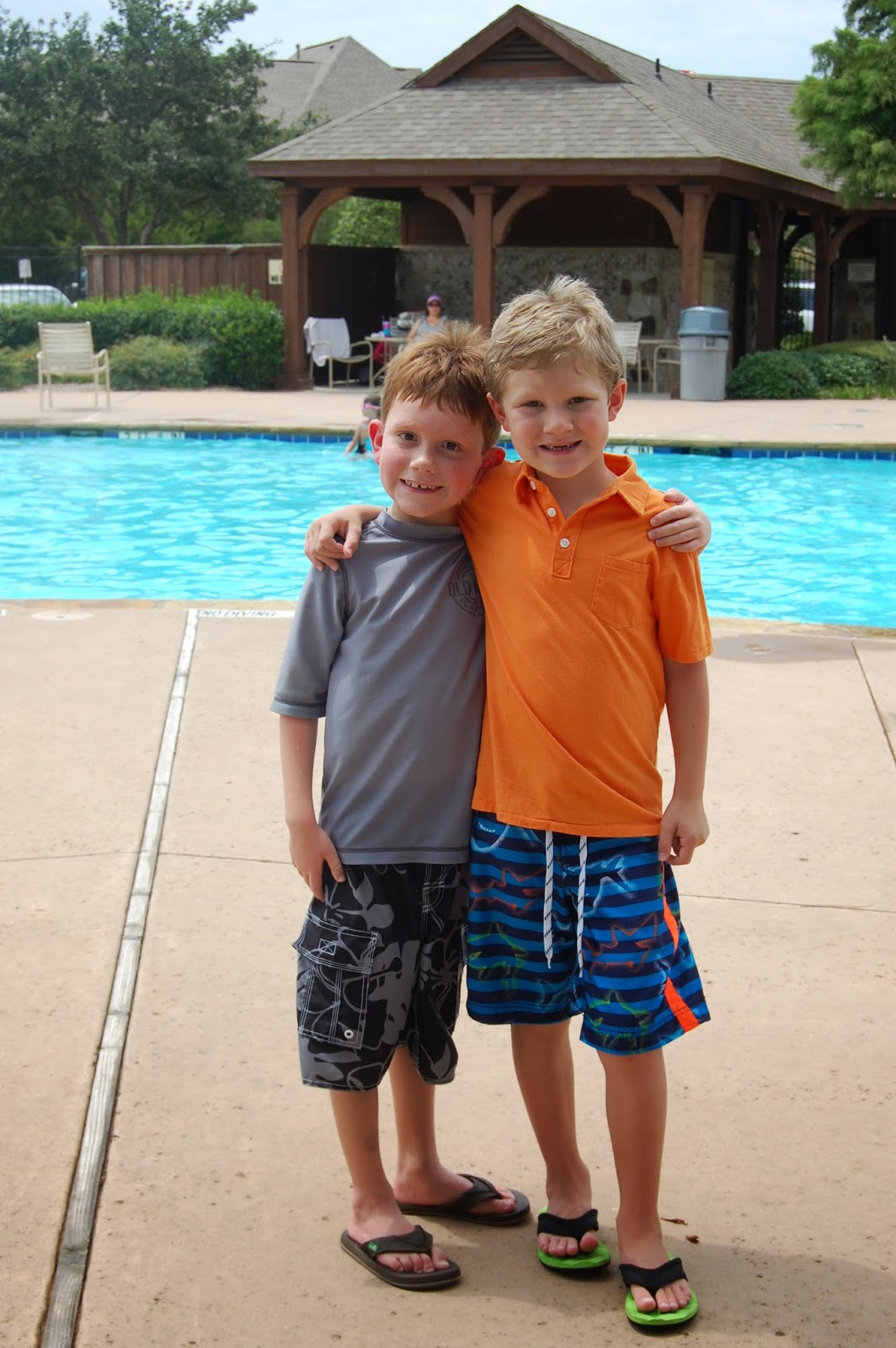 When we got home, Hudson was ready to open his presents and spend a little time with family.  :) 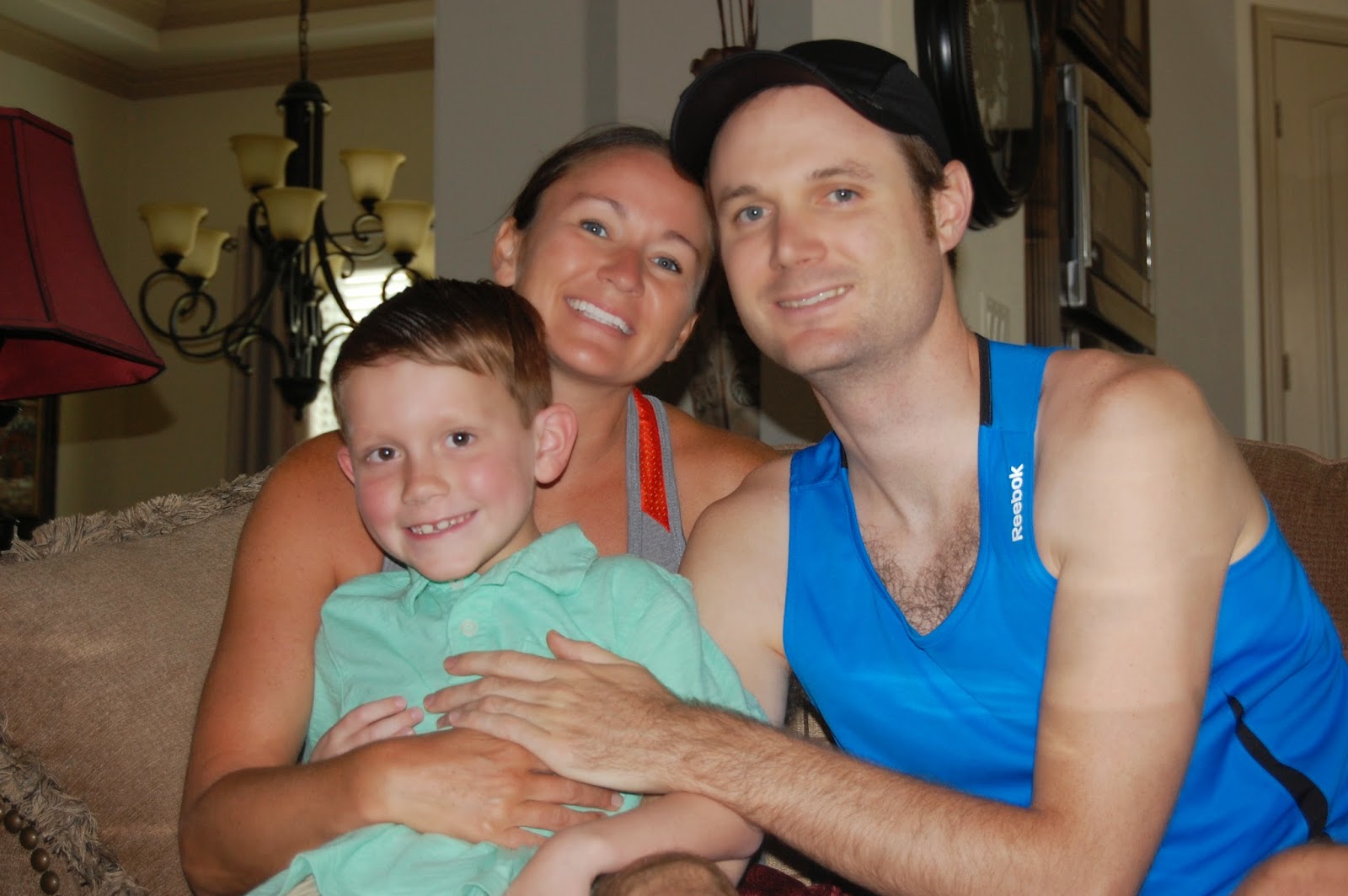 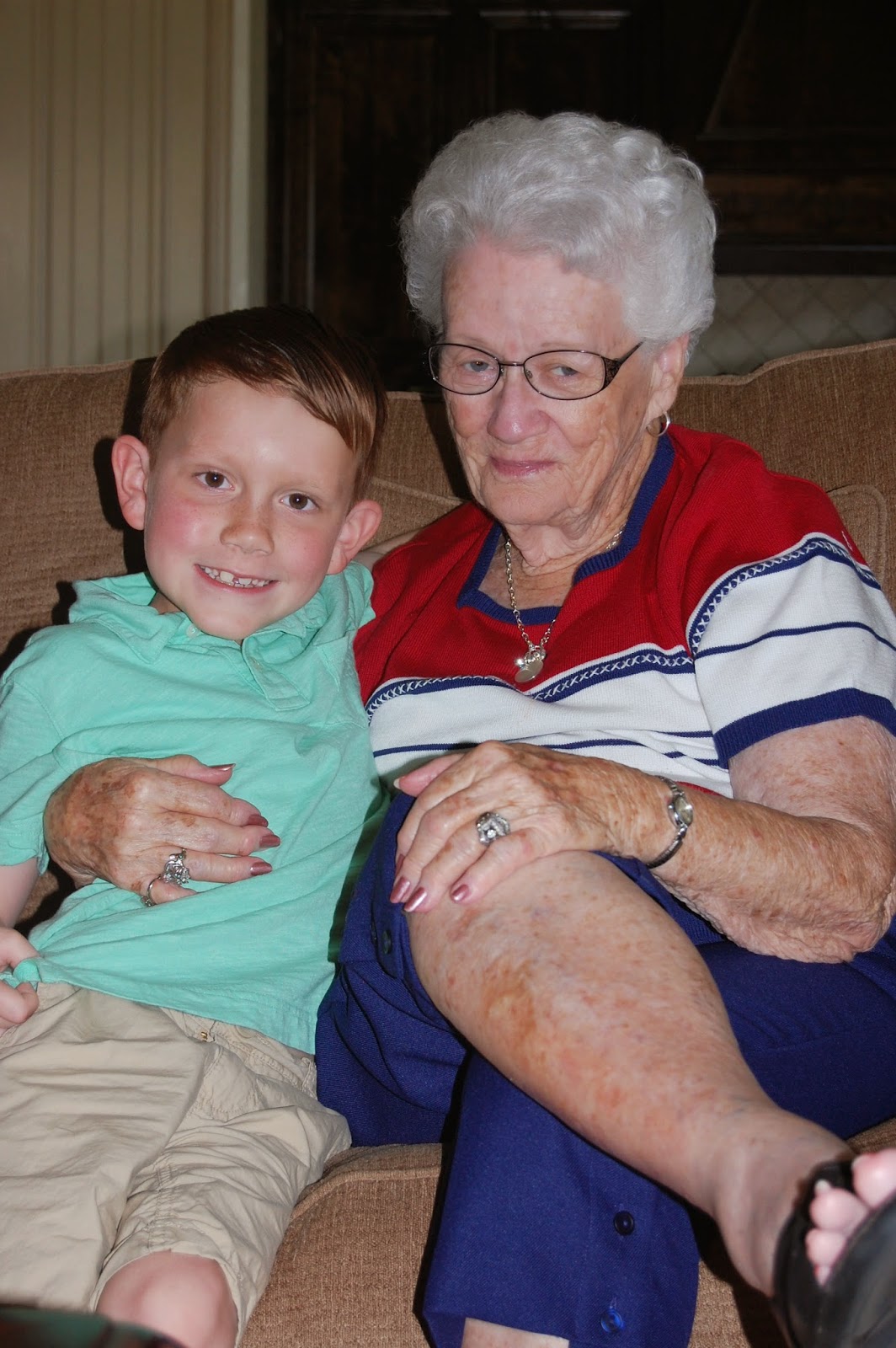 Can you tell he likes How to Train Your Dragon??  :) 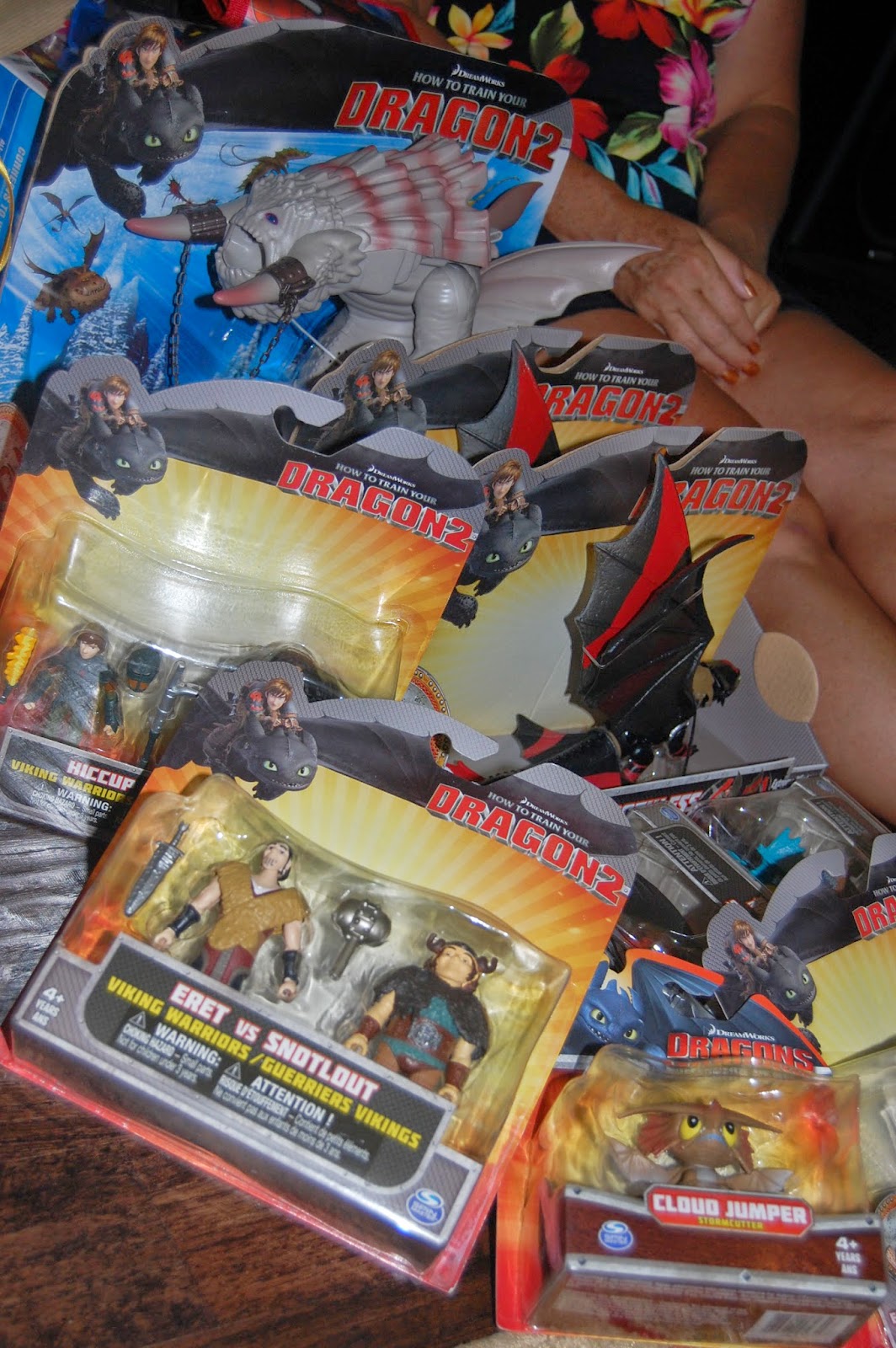 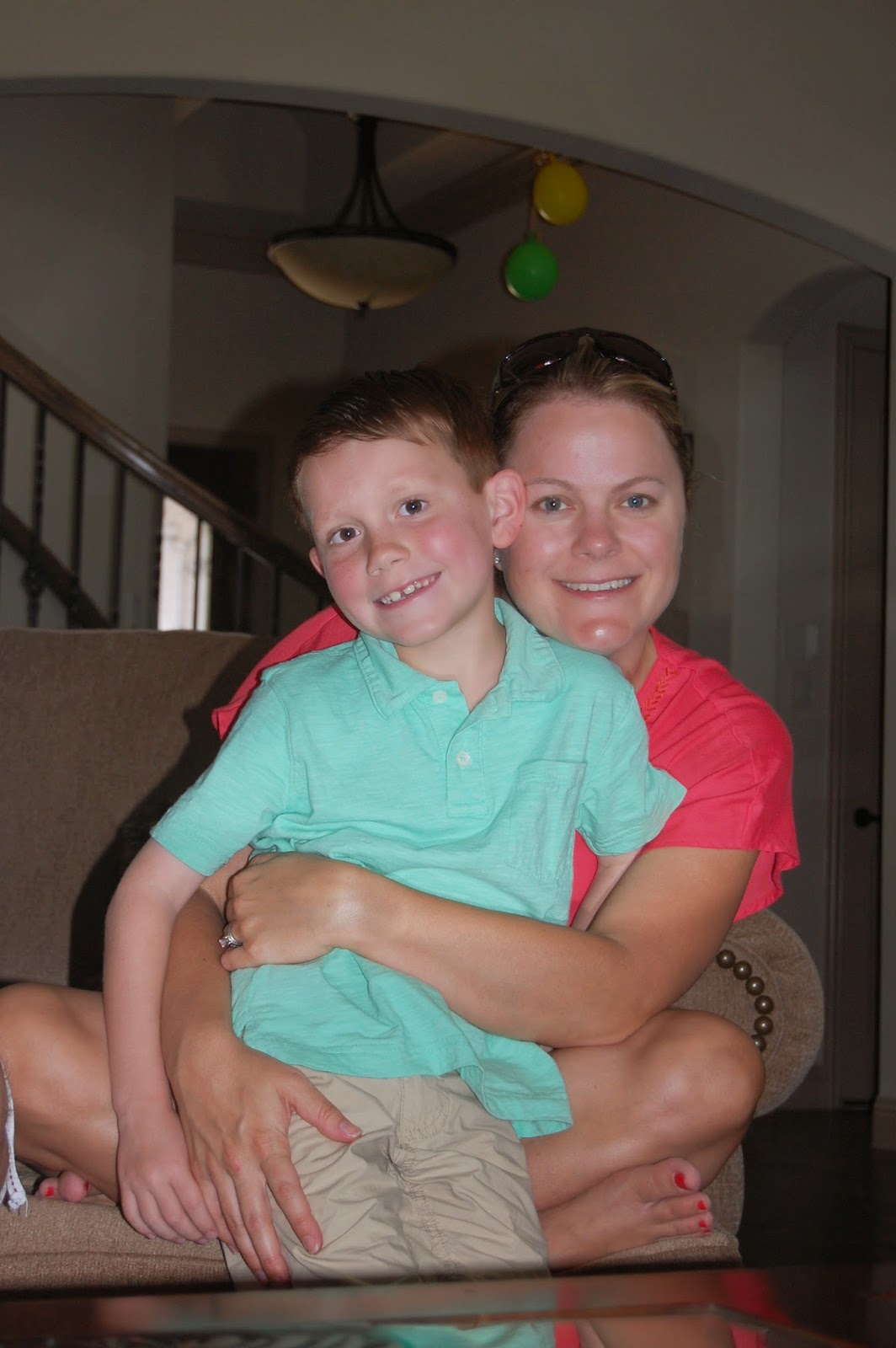 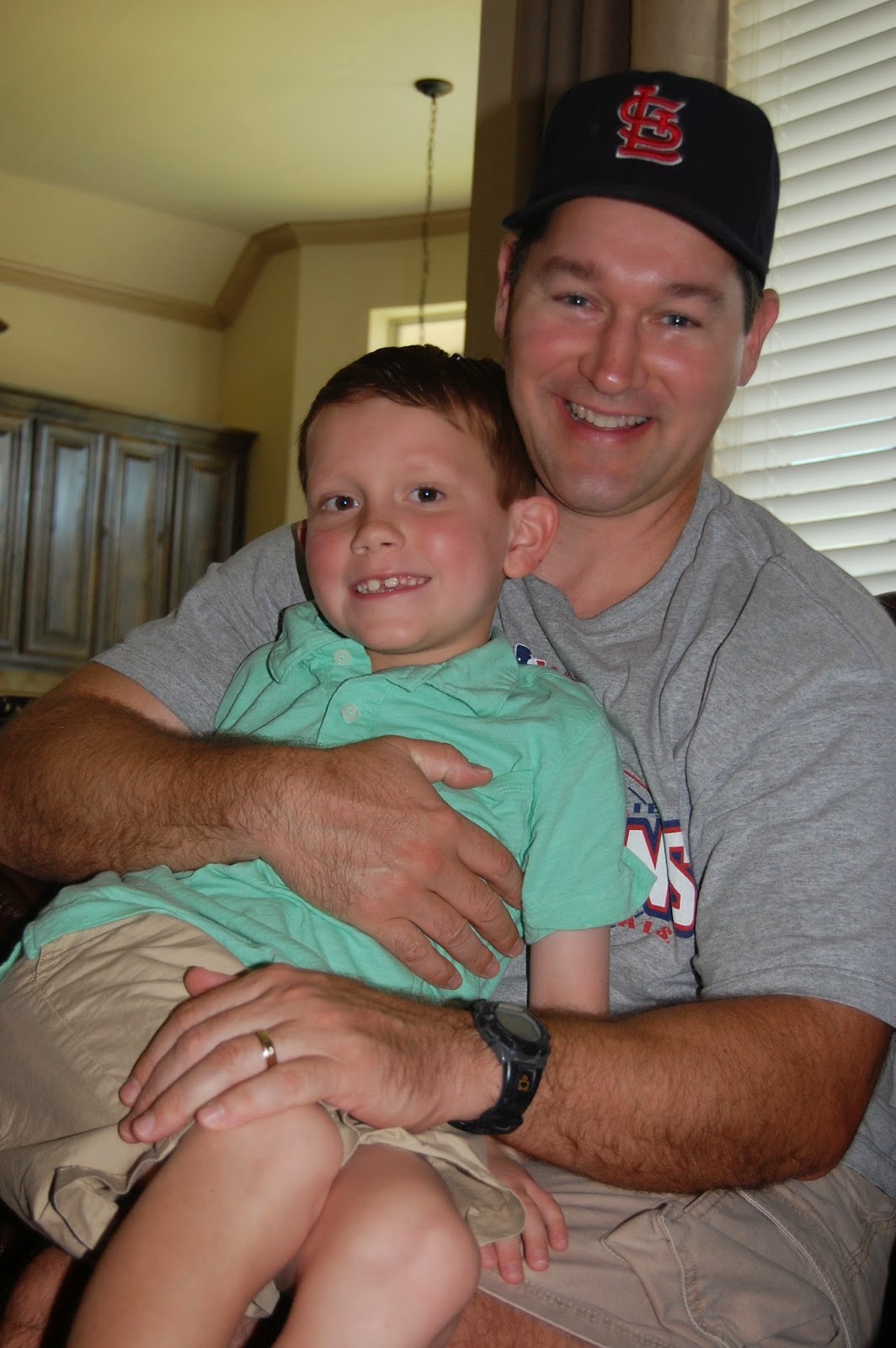 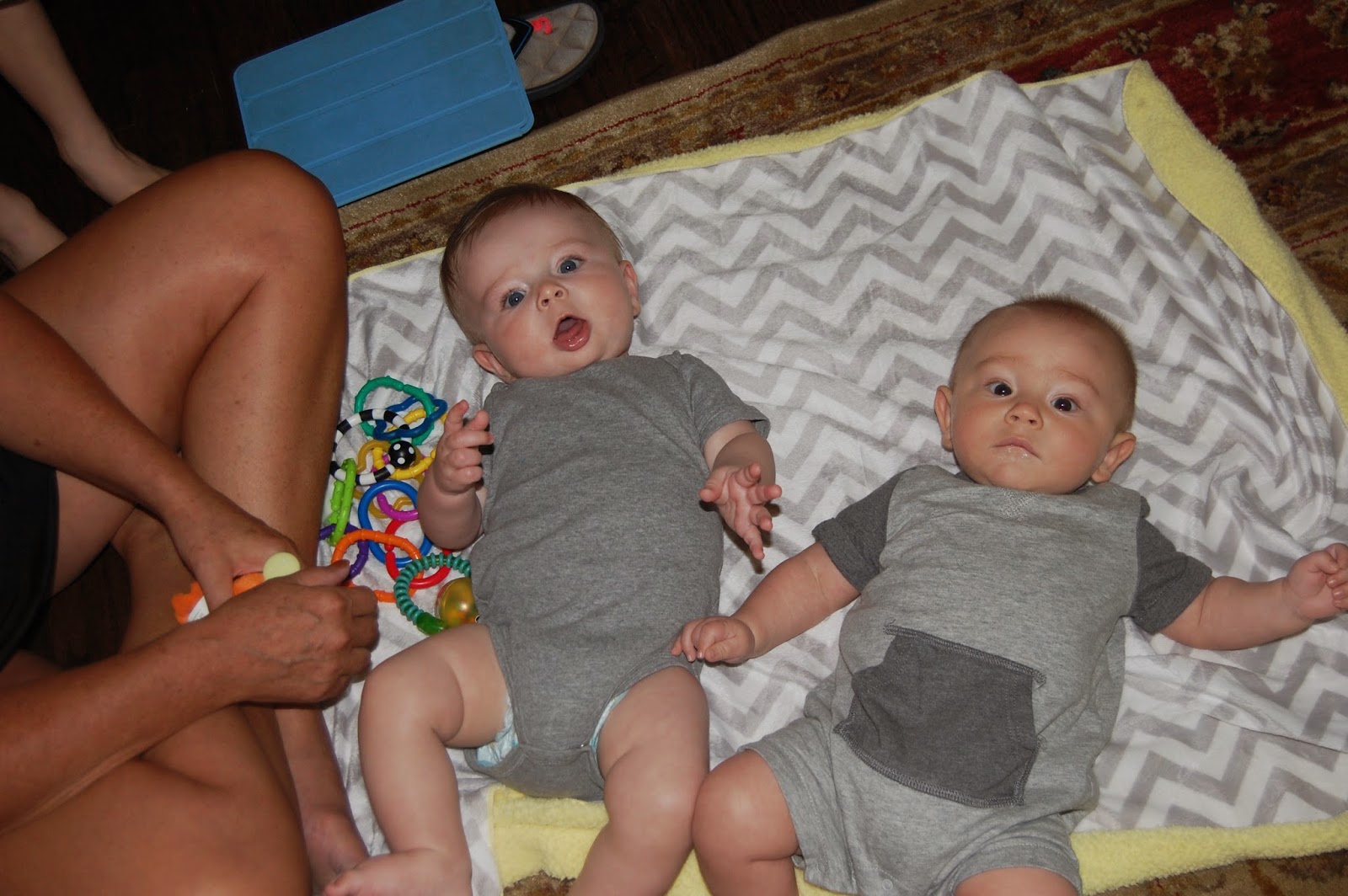