Hudson has been asking recently when we could to the zoo.  He is such an animal lover and has always loved the zoo, so when I saw that the weather was going to be nice this Saturday, we decided to make a day of it.  We didn't tell him until we woke him up that morning and he was beyond excited!  The most random part of the day is that he wanted his picture taken with all of the fake animals.  My child who never wants his picture taken, was posing and hamming it up every chance he got.  It was hilarious!
Acting like the alligator was biting him! :) 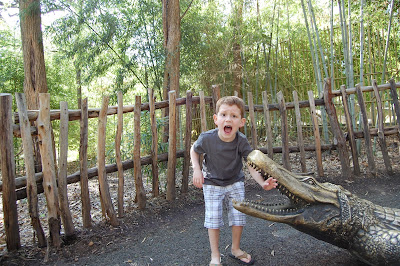 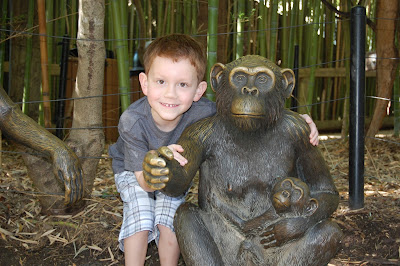 Feeding the giraffe was definitely one of the best parts of the day! 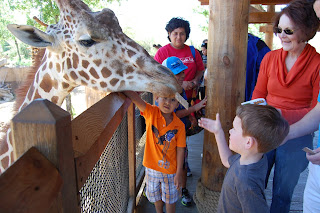 We had to snap a few family pics while eating lunch.  :) 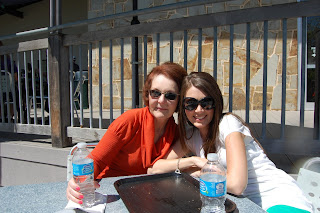 Yep, that would be Hudson's hand in the picture! 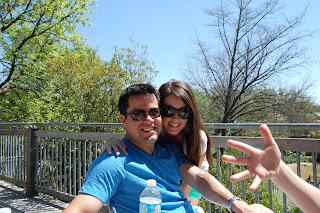 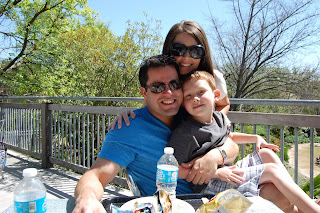 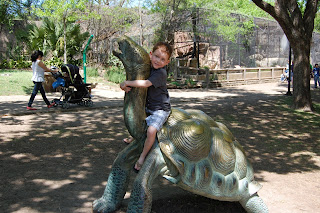 Check out Kelly's face in this picture.  This innocent looking bird took a big chomp out of his finger!!  Let's just say that Hudson was NOT interested in feeding the birds after that incident! 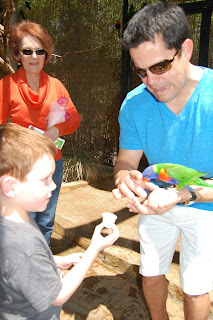 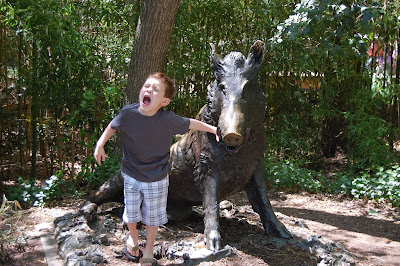 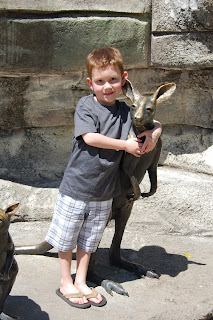 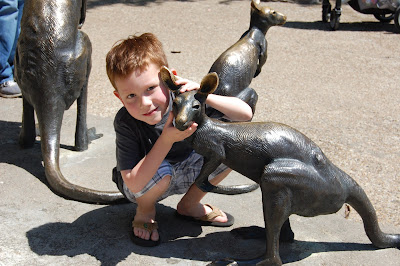 My silly boy taking a few more pics with fake animals before heading home!  Love him!
Posted by Donnell Days at 7:40 PM