Several months ago, when I asked Hudson what he wanted to be for Halloween he immediately told me he wanted to be an ostrich. WHAT?!? I explained to him that there aren't any ostrich costumes and mommy isn't quite crafty enough to make something like that. I offered MANY other suggestions, but it always came back to wanting to be an ostrich. Thankfully, he was invited to a birthday party that was a costume party and he said he wanted to be Batman for the party. Once he put on his Batman costume he was sold and never mentioned the ostrich again. THANK GOODNESS! So, Batman it was this year and he loved every.single.minute!
Ready to trick-or-treat...Batman Style! 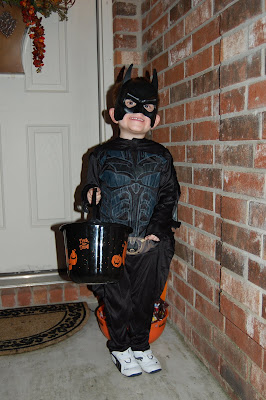 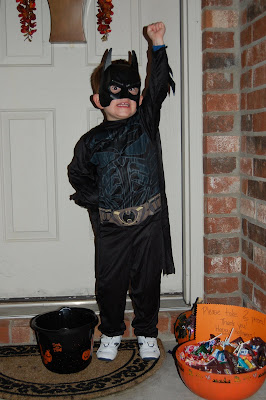 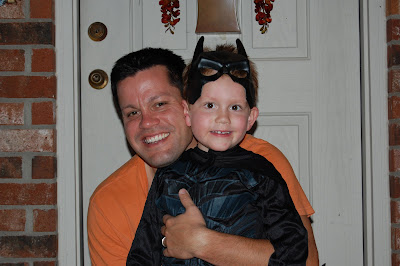 A quick pose with Mommy and Daddy. 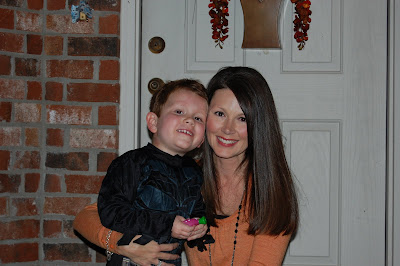 Then, we were off. Hudson did not have to be told twice what to do...he has trick-or-treating DOWN! 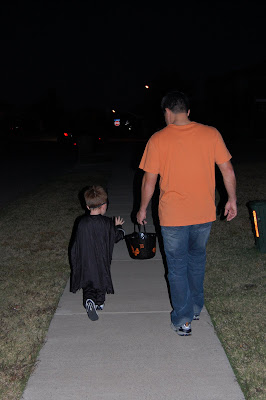 We ran into his friend Ella... 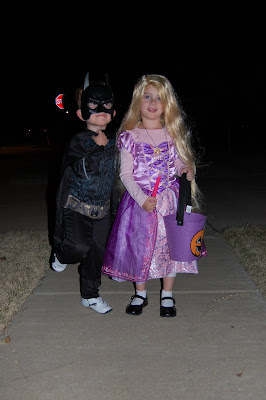 A house a block over actually had a haunted house put up in their yard. Hudson and Daddy went in and he said it was fun. Definitely NOT his Mommy's child! 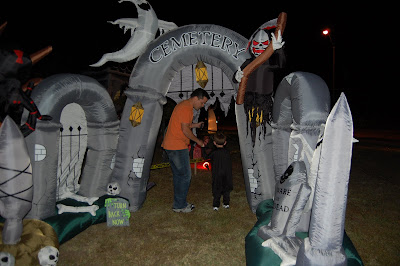 My brave boy coming out of the haunted house. 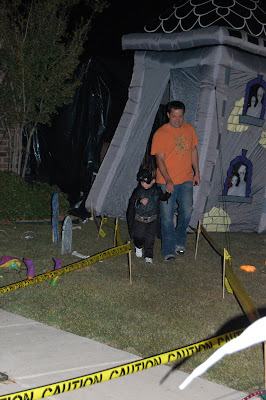 We also saw his friends Pearson and Aaron... 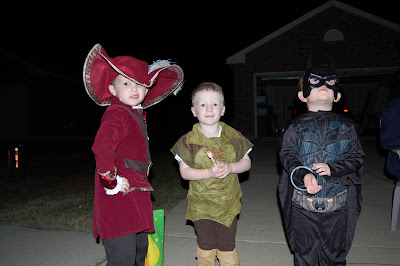 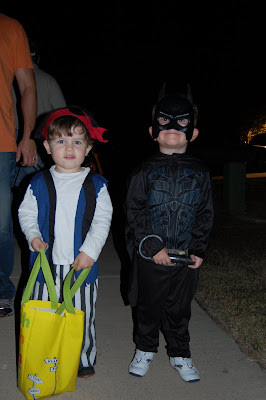 He DID NOT want to quit trick-or-treating, but was quickly convinced when we told him he could go home and look at all of his candy and pick one to eat. 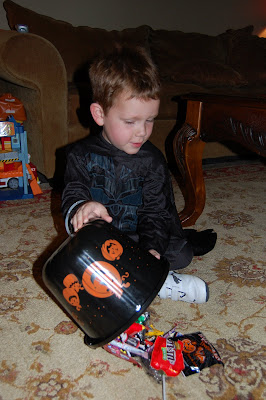 Happy boy! It was SO FUN watching him trick-or-treat this year. When I was putting him to bed, he asked when it was going to be Halloween again and was sad when I told him it would be another year. Sweet love!
Posted by Donnell Days at 2:04 PM