I never would have guessed when Kelly and I first starting dating that he was a country boy at heart. He doesn't dress the part, talk the part, or act the part, but when dove, deer, or duck hunting season come around, my darling husband is pure country. He can't get to the fields/stands/lakes fast enough. It is something he did growing up and is very much a part of him. It has never really affected me (the polar opposite of all things country) other than the fact that he goes out of town a lot during those seasons. UNTIL now...I'm pretty sure I have another country boy at heart on my hands. We took Hudson to Poppy's ranch this weekend and to say the child was in heaven is an understatement. He was IN LOVE with the ranch. He actually cried when we left and continues to ask how much longer until we can go back. This non-country girl might have many more ranch weekends ahead of me.
Hudson had so much fun playing air hockey...especially now that he is tall enough to do it by himself! 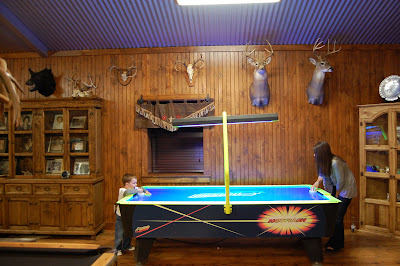 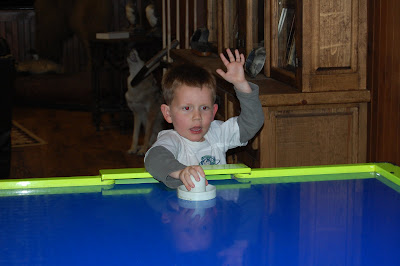 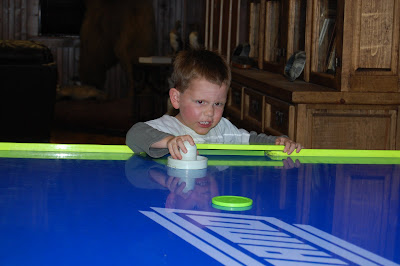 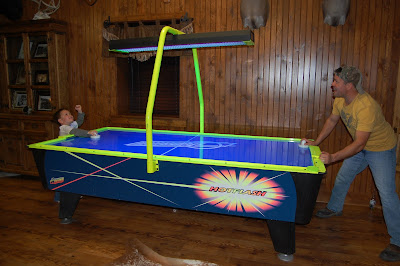 I don't have any pictures, but he also LOVED riding four wheelers and the Bad Boy Buggy. His favorite part of the weekend though, was hands down...riding horses! 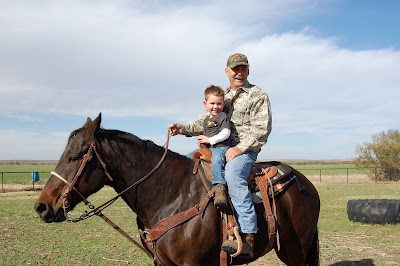 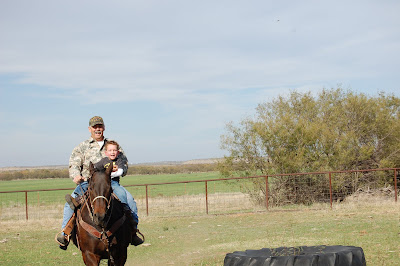 Going fast with Poppy! Check out that smile!! 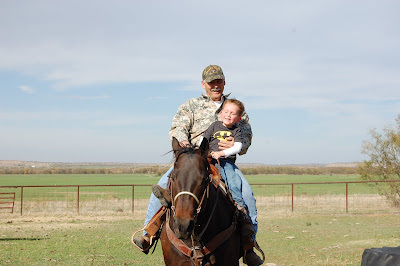 I have to admit...isn't that pretty?? 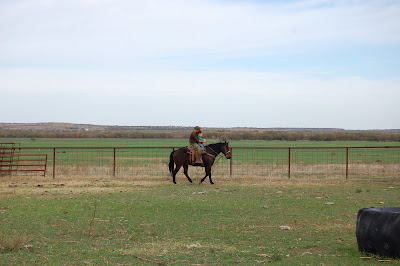 Hudson and Daddy before leaving on Sunday. 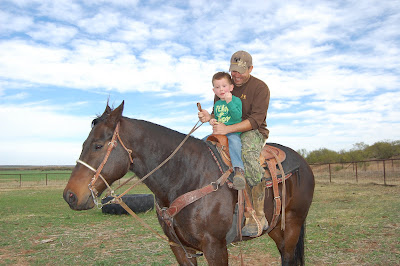