Hudson had 3 snow days the end of February, first of March, but only one of them was an actual SNOW day...March 5th.  He was so excited when he woke up and looked out the window.  He immediately asked if he could have a friend over to play, so I called Jaxon's mom and Kelly braved the streets to drive a few blocks and pick him up.  These two crazy kids played until they couldn't stand the cold any longer.  :) 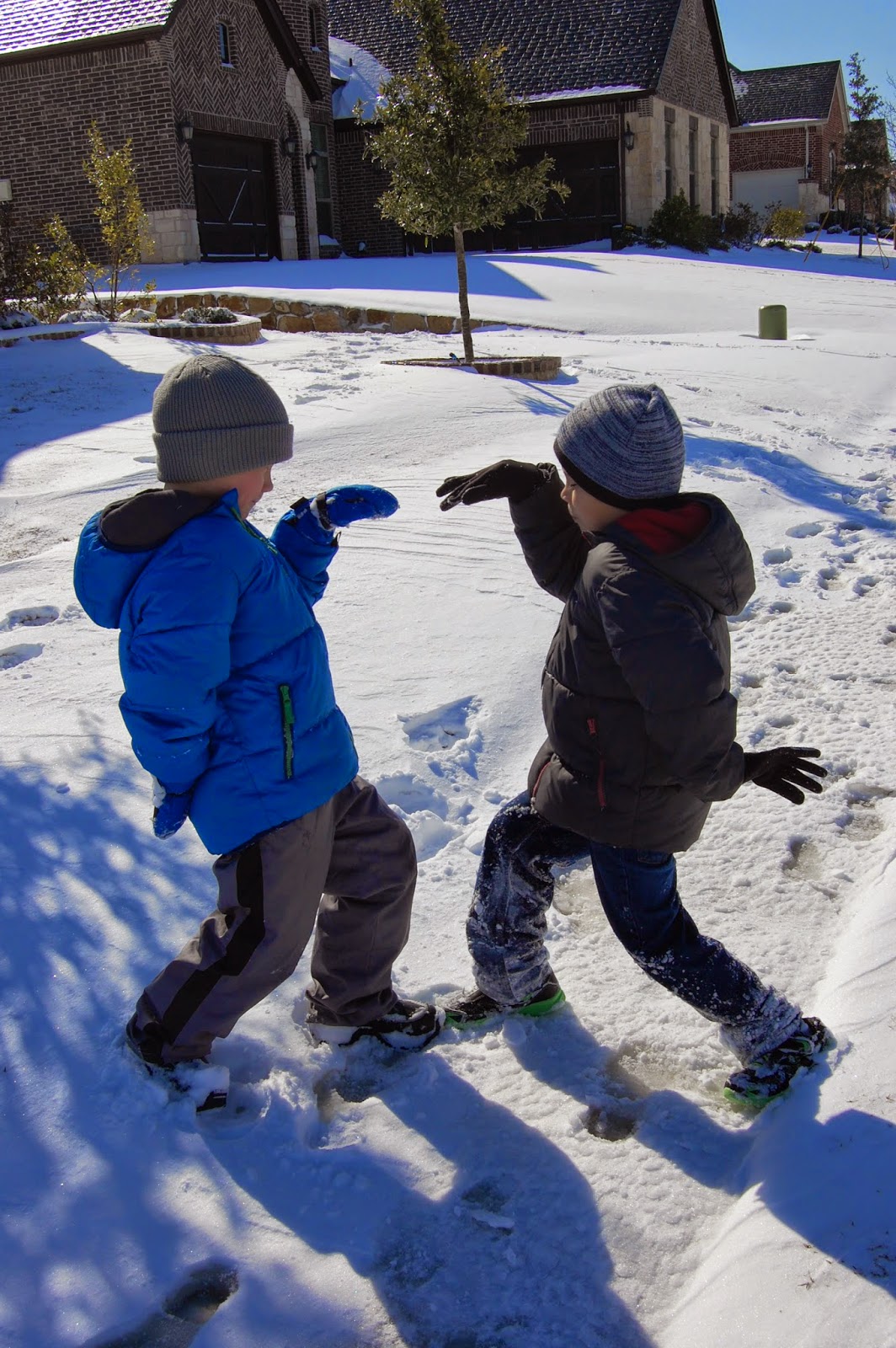 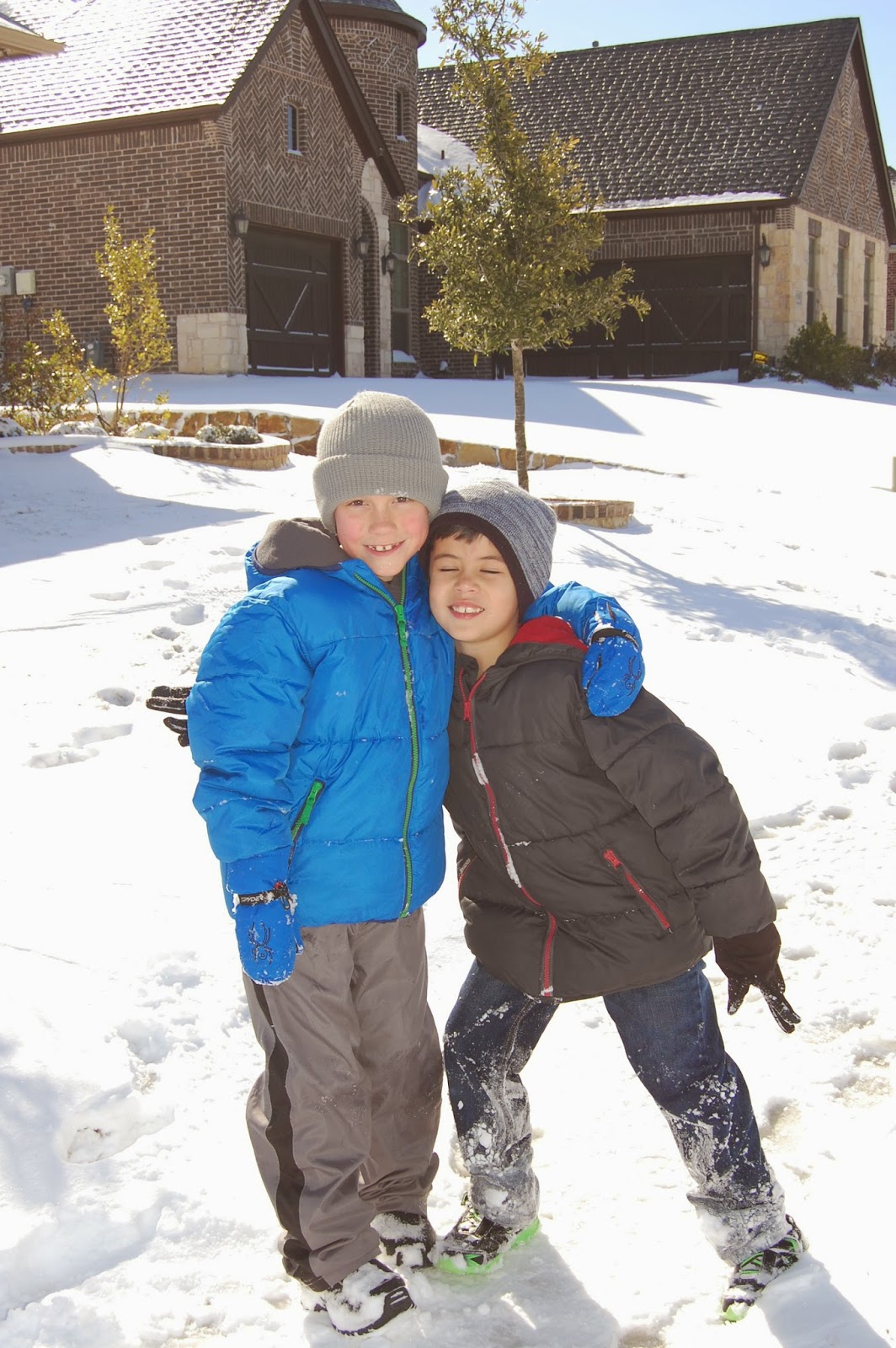 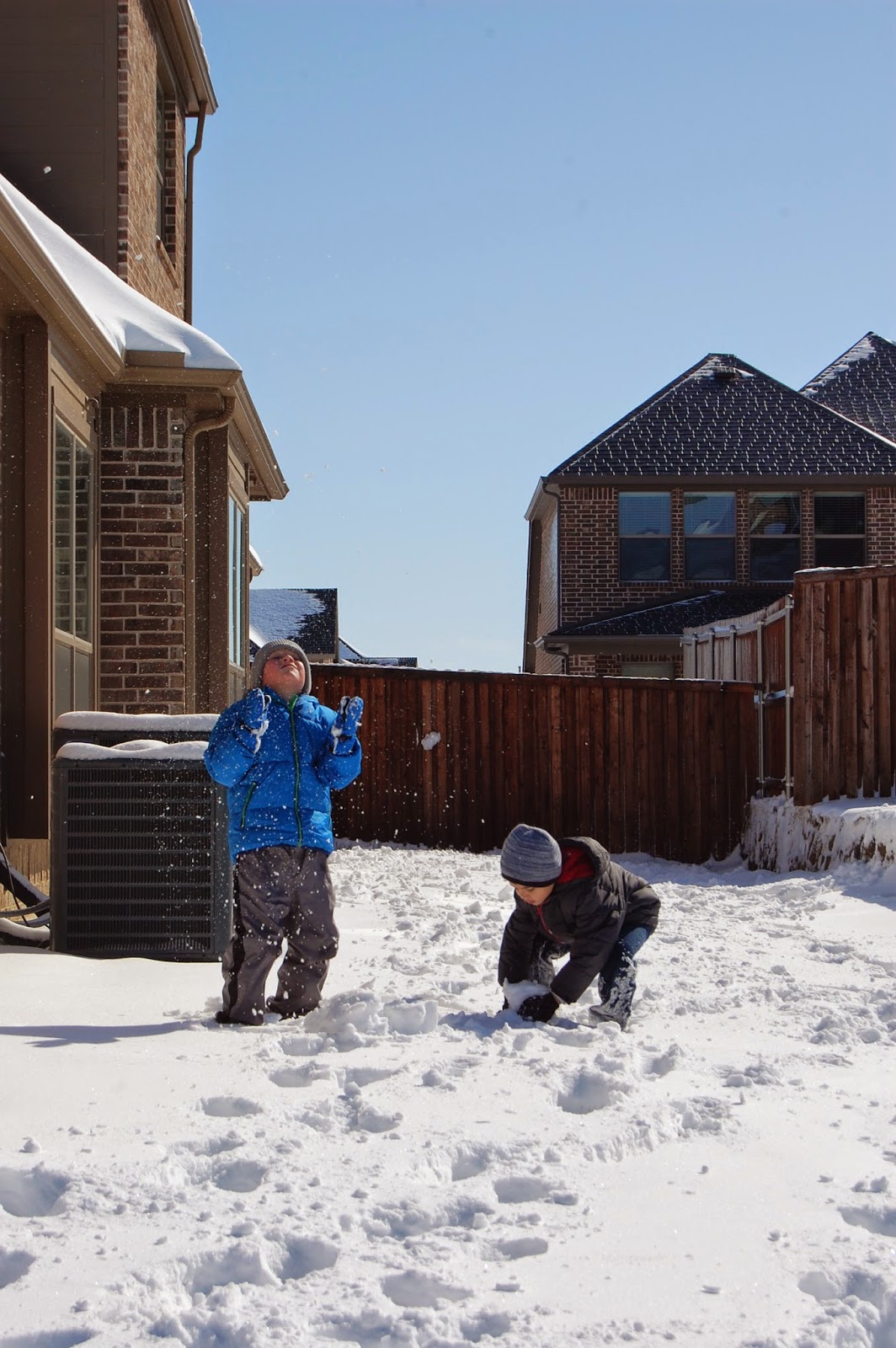 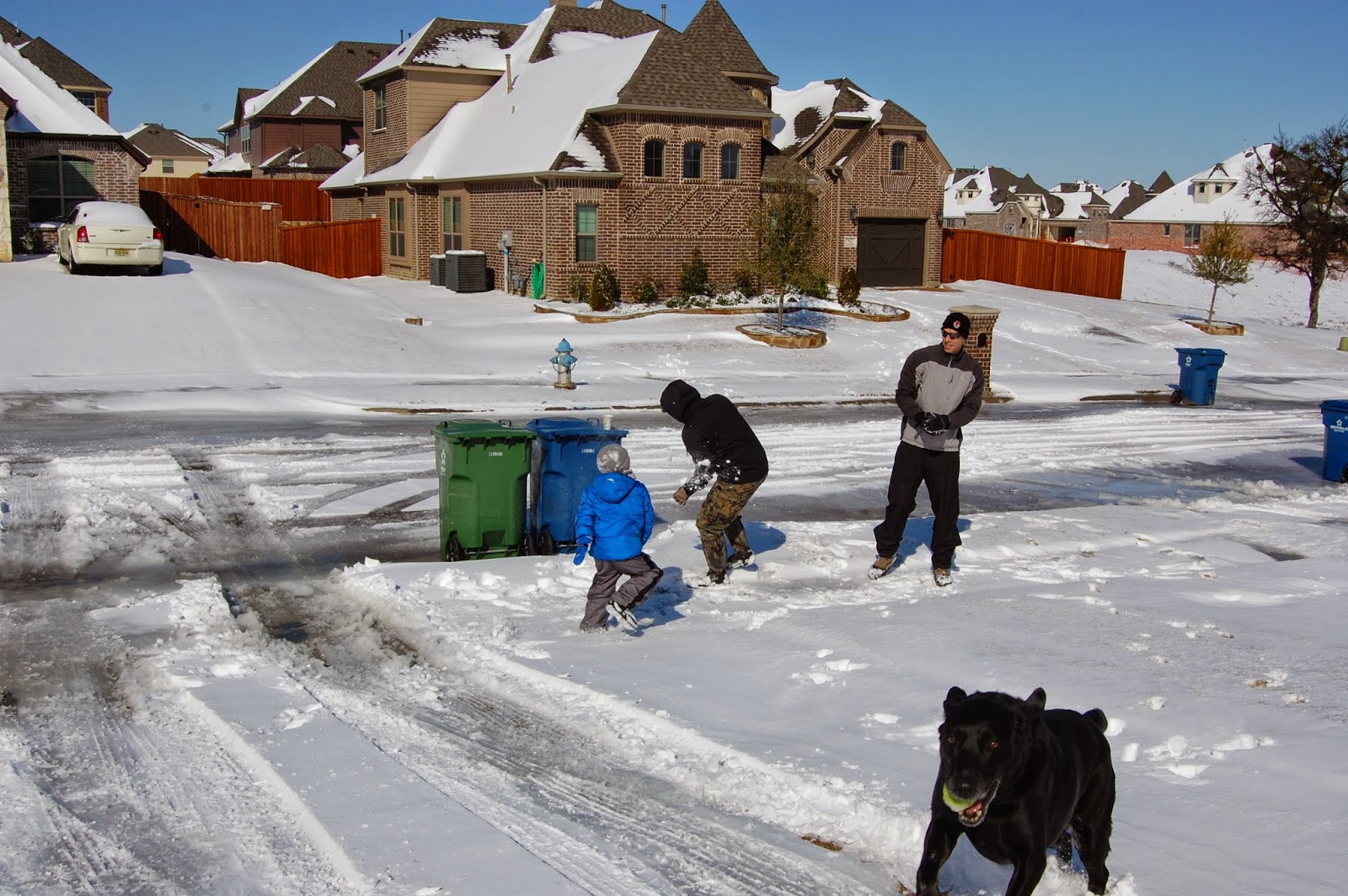 Our neighbor Rodney with his dog Duke even came over to join in the fun.  Such a rare day in Texas!! 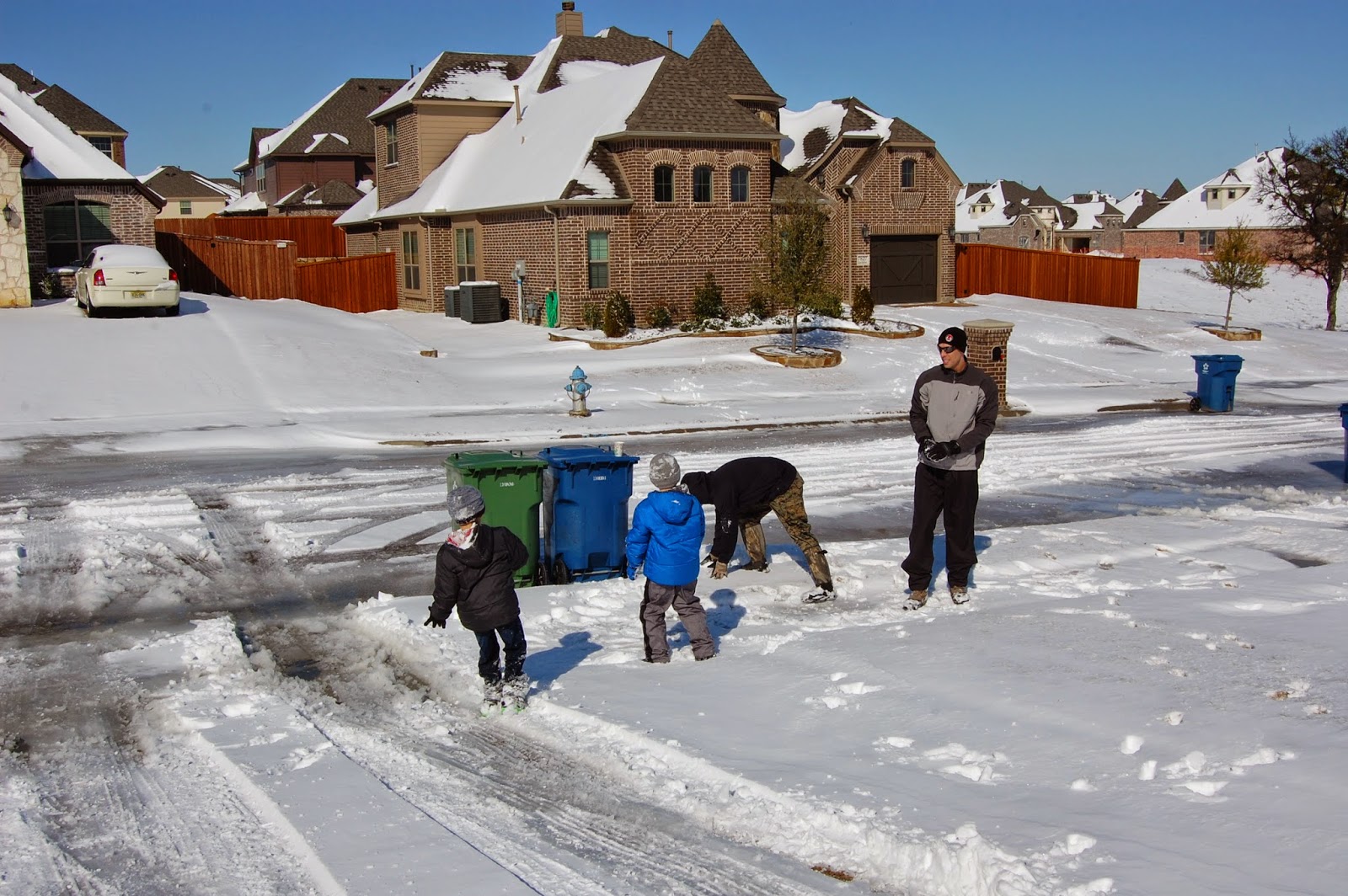