We went to Oklahoma the weekend of February 20th to celebrate cousin Luke's first birthday.  How in the world is he already one?!?  Shani planned the cutest Cheerio birthday party for him.  At first he wasn't too sure about all of the singing and the cake placed in front of him. 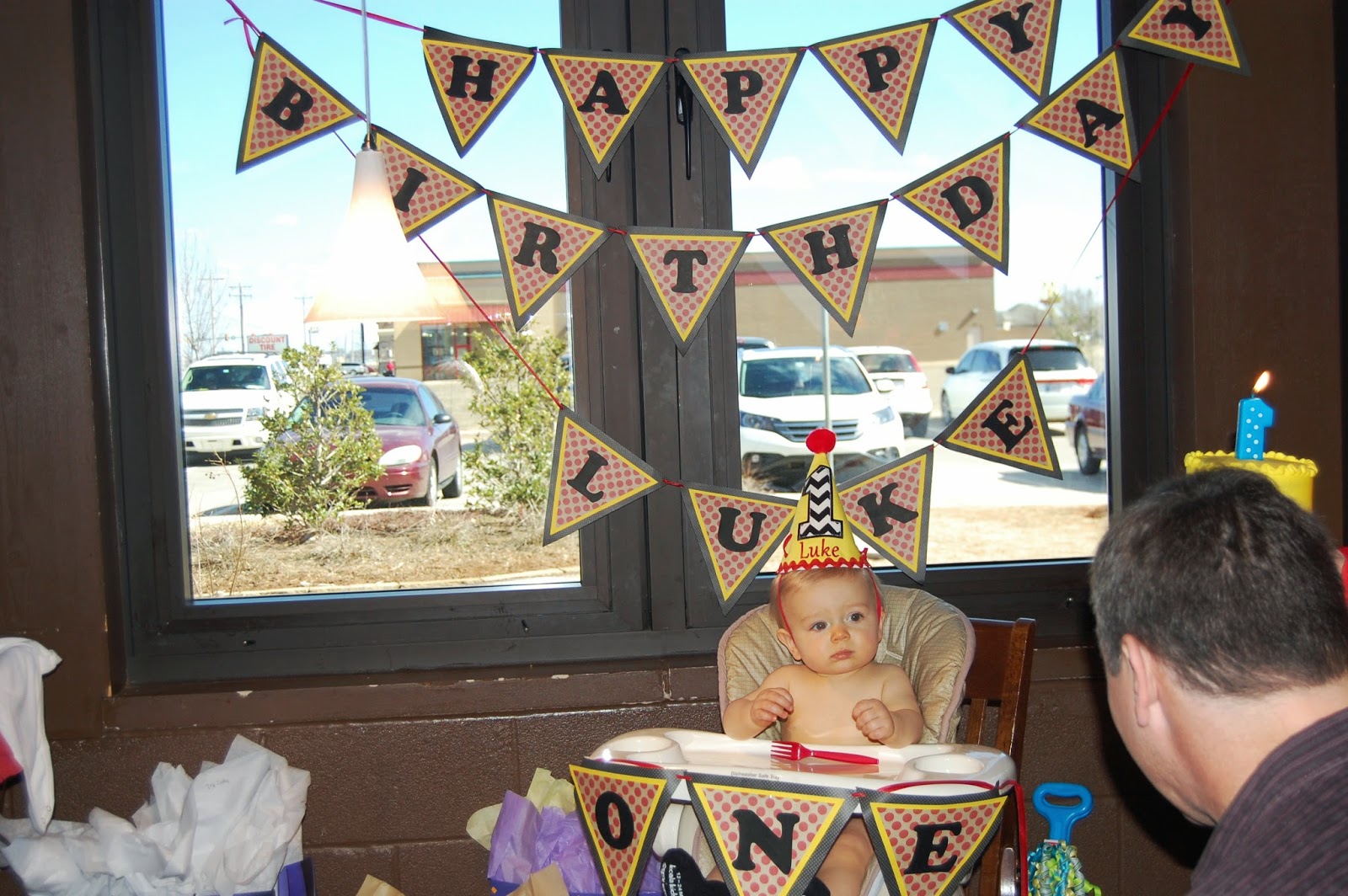 He never did dig in, but he really liked the candle! 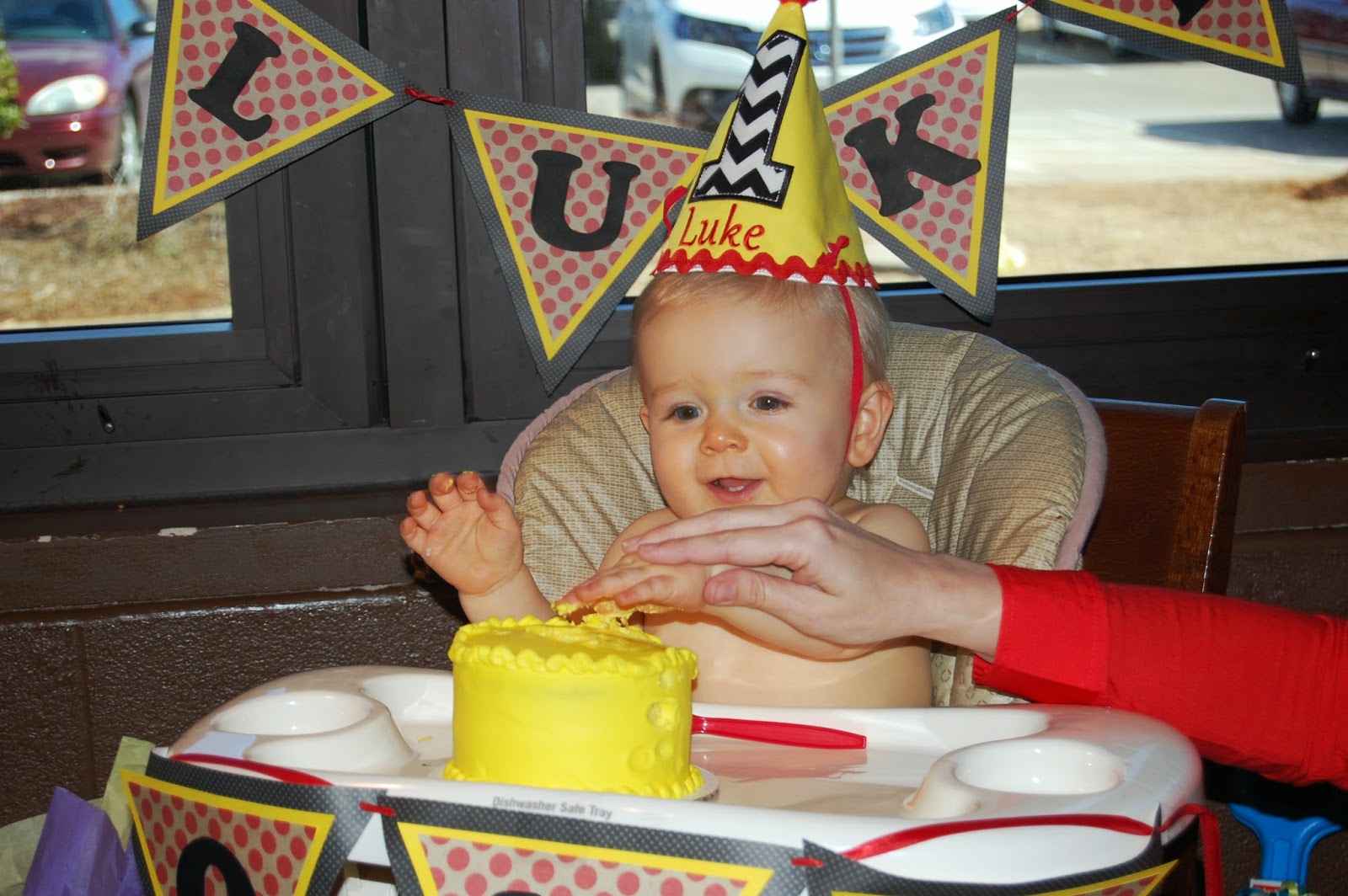 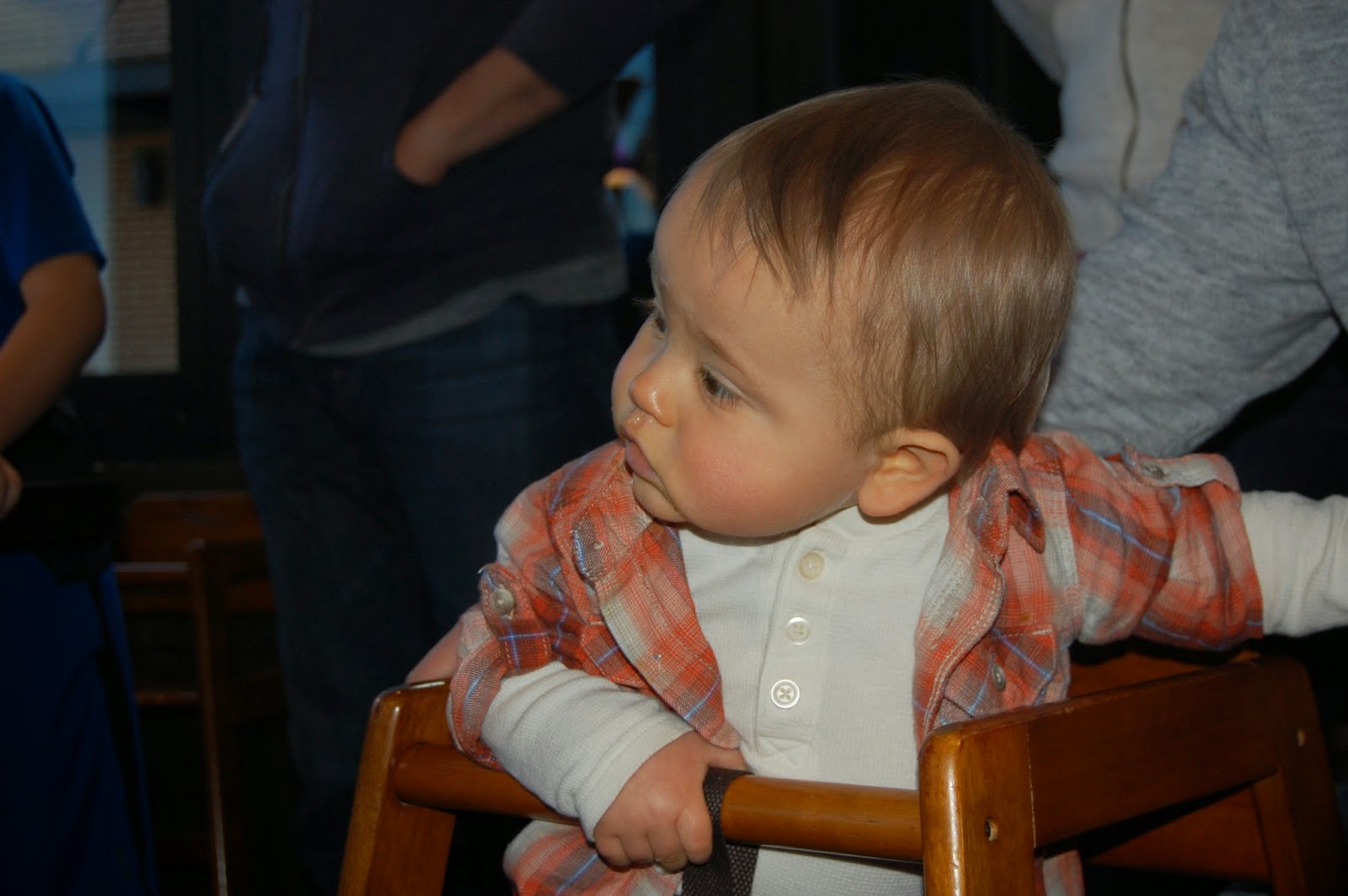 I snapped a pic of my boys watching him with the cake.  Holden was very interested in what was going on and Hudson was just laughing! 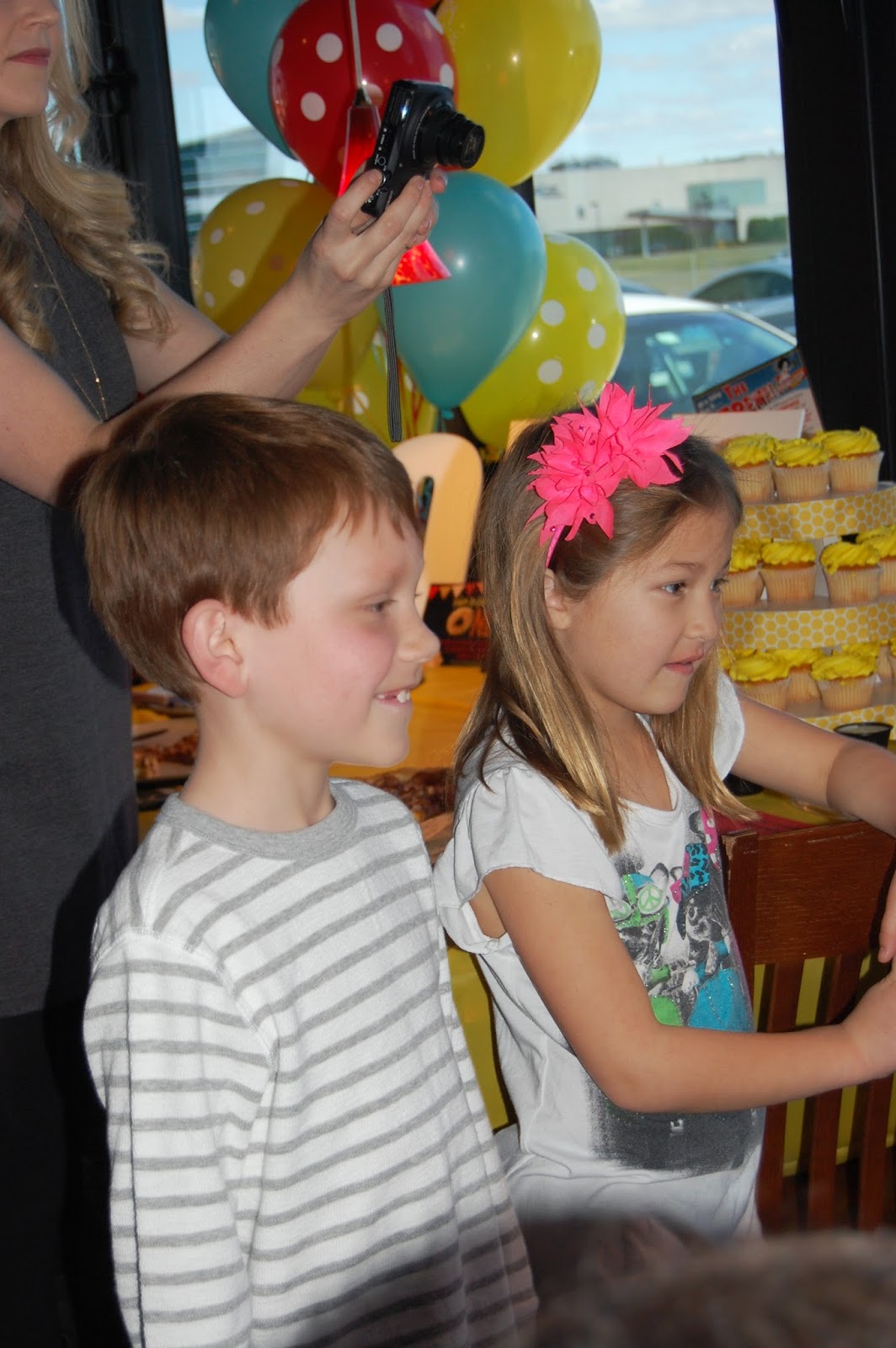 Holden and Luke Colby were checking out Luke's new toys.  :) 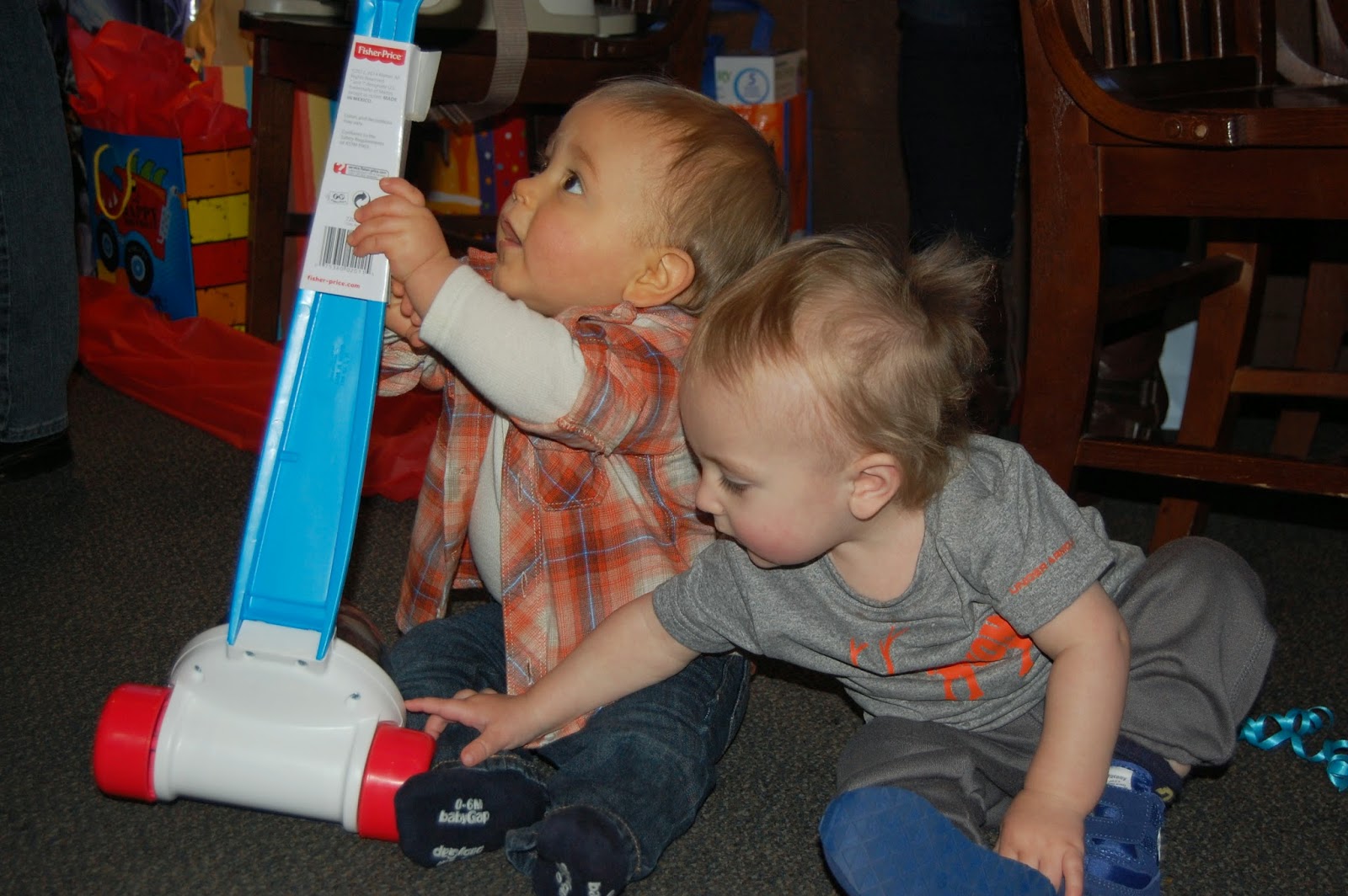 Holden and Paw-Paw with the balloons...Holden was in balloon heaven! 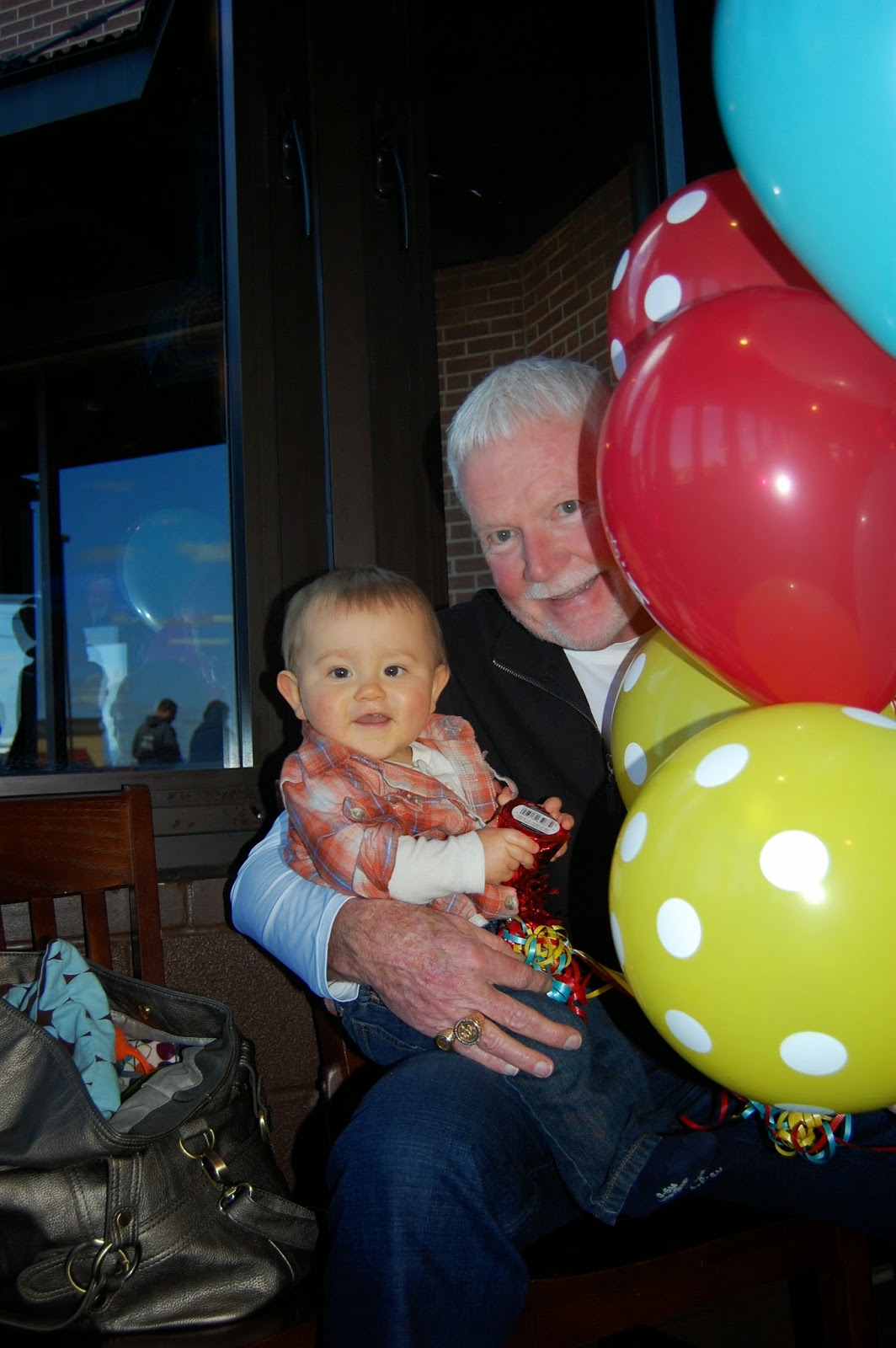