This morning after breakfast and a little bit of playtime, Hudson and I loaded up and headed to the mall to get his picture taken with the Easter Bunny. I talked to him about it the whole way there and kept asking him if he wanted to see the Easter Bunny and he would smile and say yes. Since we got to the mall when it opened there wasn't a line and we were able to walk right up. He was pointing and smiling at the Easter Bunny and I thought it was too good to be true. Well, it was! The closer we got to him, the tighter Hudson's grip got...he eventually had me in a full body death grip...legs, arms, hands...he was holding on tight with every inch of his body. I asked him if he wanted to see the Easter Bunny and he said no over and over again and was shaking his head. So, I told the photographer that we would try again in a little bit and we headed over to the play area where he had a grand old time! 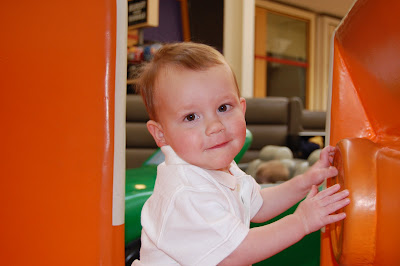 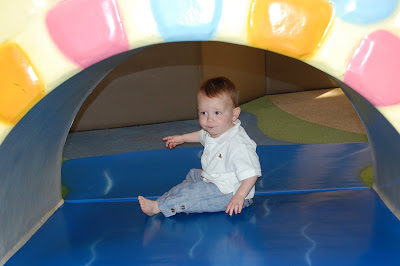 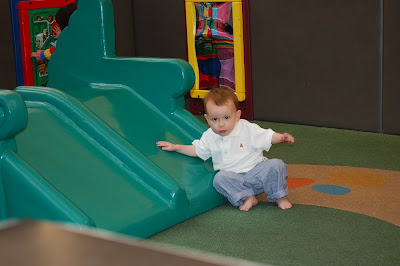 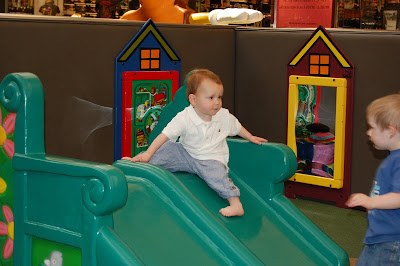 After playing for a while we walked back over to the Easter Bunny and he immediately started saying no. So, we left the mall without any bunny pics this year. I have to say, it was pretty cute how adamant he was about not getting any closer to the huge furry rabbit...I don't think I blame him!!

Oh boy! I wonder what we will have in store when I try to get g to see the bunny this week! Times have a changed, right?! Glad he had fun in the play area at least!