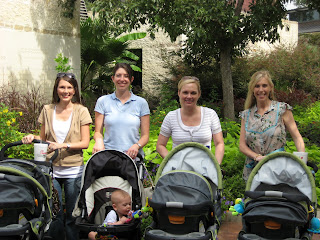 Hudson and I, Meredith and Reid, Amy and Porter, Kara and Tanner 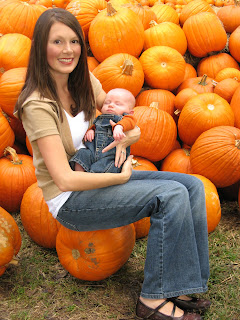 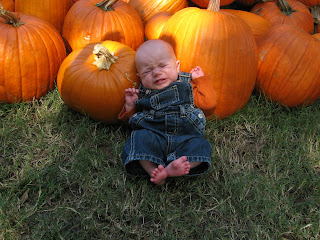 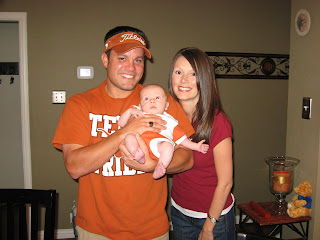 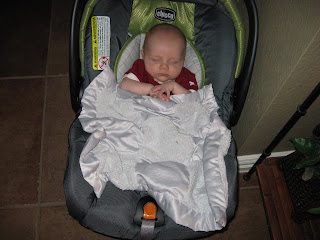 Hudson asleep in his OU outfit!

We have been busy!!! Hudson got to experience his first OU/TX watch party this year. Kelly and I had to flip a coin to decide how he would be dressed. He wore his TX gear the first half and then changed into his OU gear the second half. He was much more relaxed in his OU gear and fell asleep. I think he helped the right team win! Ha ha! Boomer Sooner!! He really did great at his first "party" though. :) It was a lot of fun!

Monday, four of us took our boys to the Dallas Arboretum to the pumpkin patch. It was a lot of fun, but SO HOT!! Who would have thought it would be in the 90's in October? Only in Texas!! Poor Hudson was burning up in his overalls, so as soon as I got a few pictures, I stripped him down and put him in a onesie. He was much happier when he cooled off! You can see by the pictures that he didn't like being propped up next to the pumpkins. Poor thing!
Posted by Donnell Days at 12:49 PM

So cute! Love the pic of you guys in your school colors! Also, the picture of you and Hudson on the pumpkin is a great one!