Thursday, June 4th was the final awards ceremony of the year for Hudson.  Once again, he received some awards and even got to hand out some medals.  He received a writing award and a math award for memorizing all of his subtraction facts! 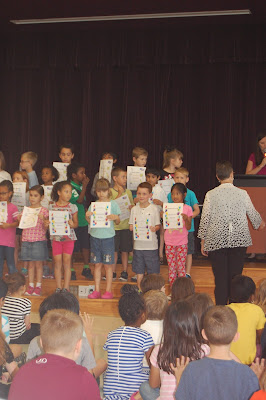 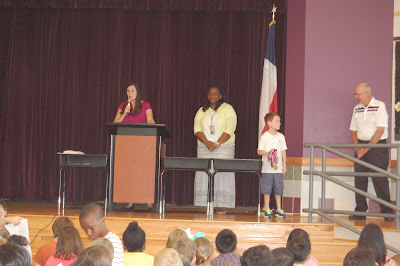 At the golf tournament this year, he won Principal for the Day at the silent auction.  Mrs. Shermer had him come up on stage along with Mr. Don Whitt (who his school is named after) to hand out the metals for perfect attendance. 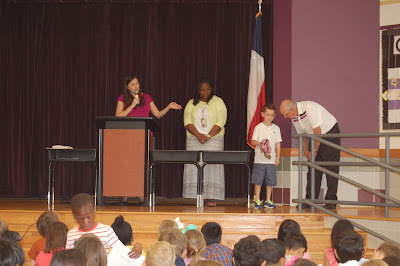 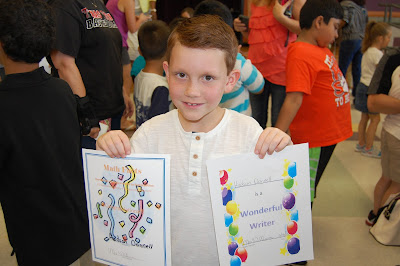 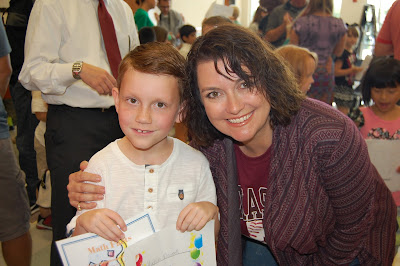 Since we were leaving to go on vacation directly from school the following day, I had him break through the front door the day before.  This is one of his favorite traditions.  :) 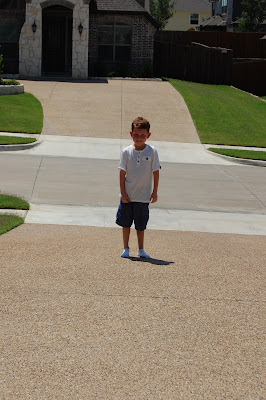 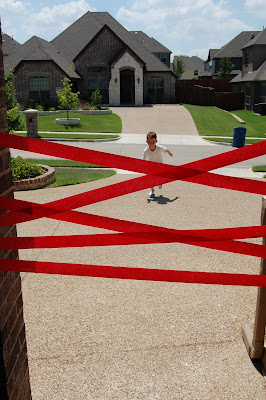 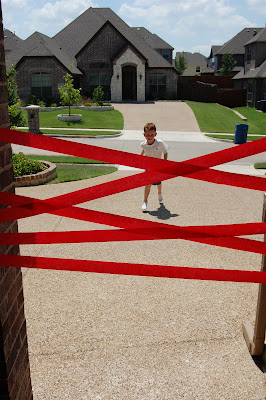 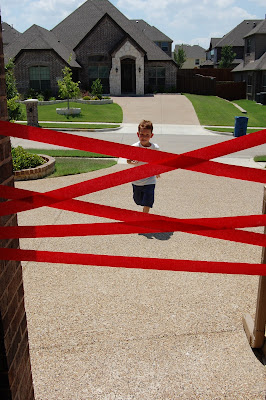 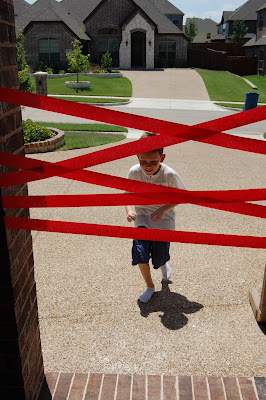 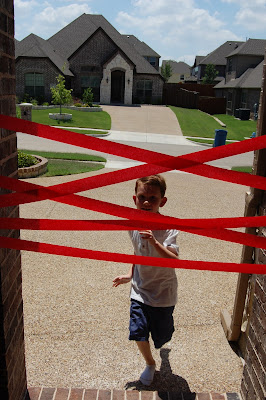 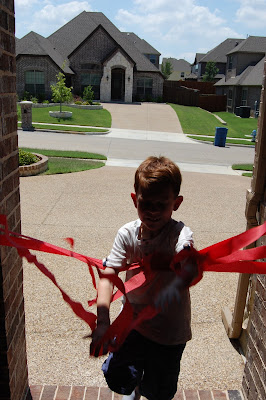