We had a super late Christmas Eve this year, but still managed to do everything we normally do.  We started out the night by going to church, then headed to Poppy's house to celebrate with Kelly's side of the family.  Sadly, I had a migraine come on after being there for less than an hour, so I didn't get any pictures.  :(  We didn't get home until almost midnight.  Needless to say, Hudson was so tired that at first he didn't even want to do our yearly tradition of opening up a gift from us.  We convinced him that it could be fast, so then he was ready... 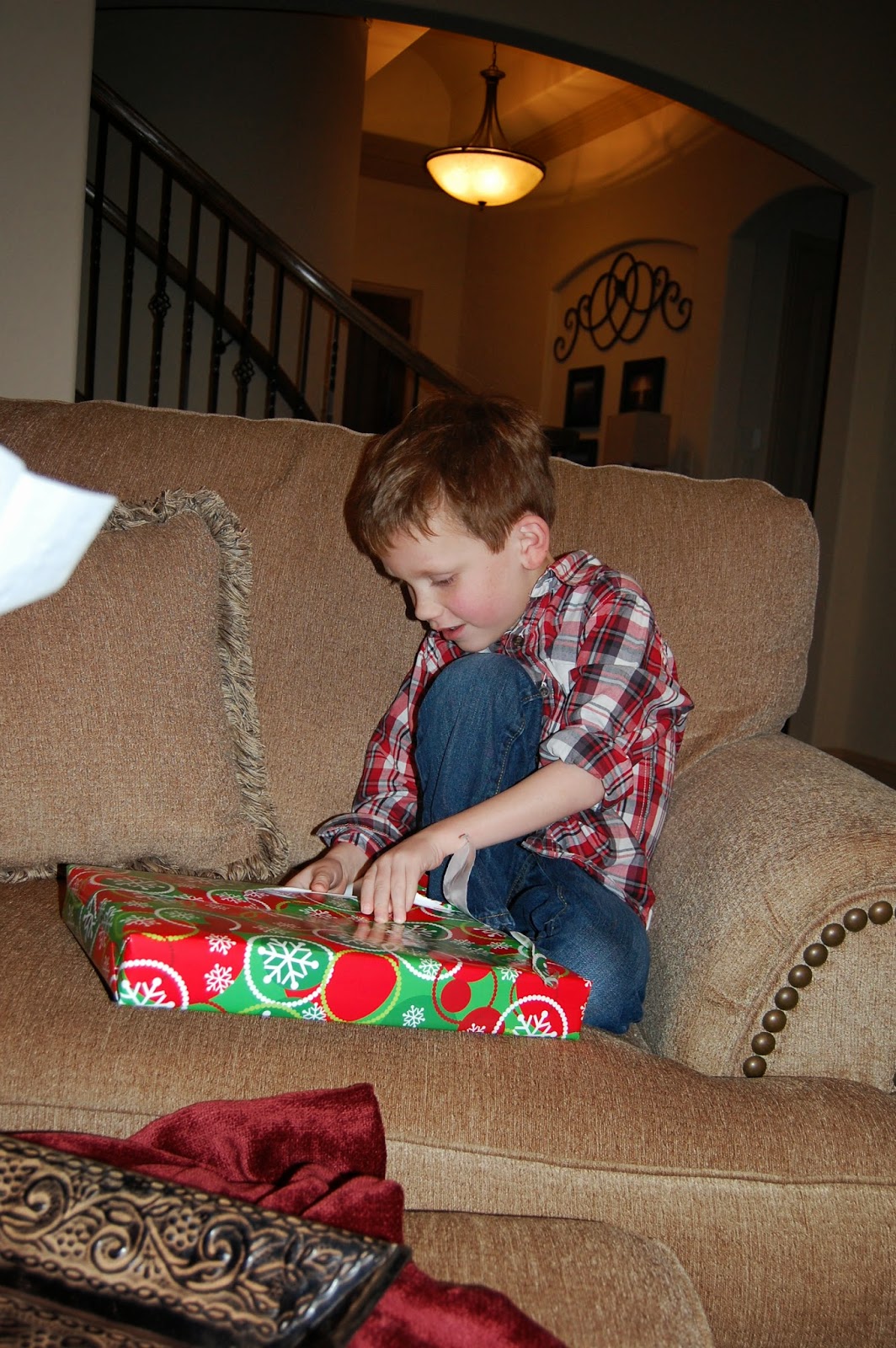 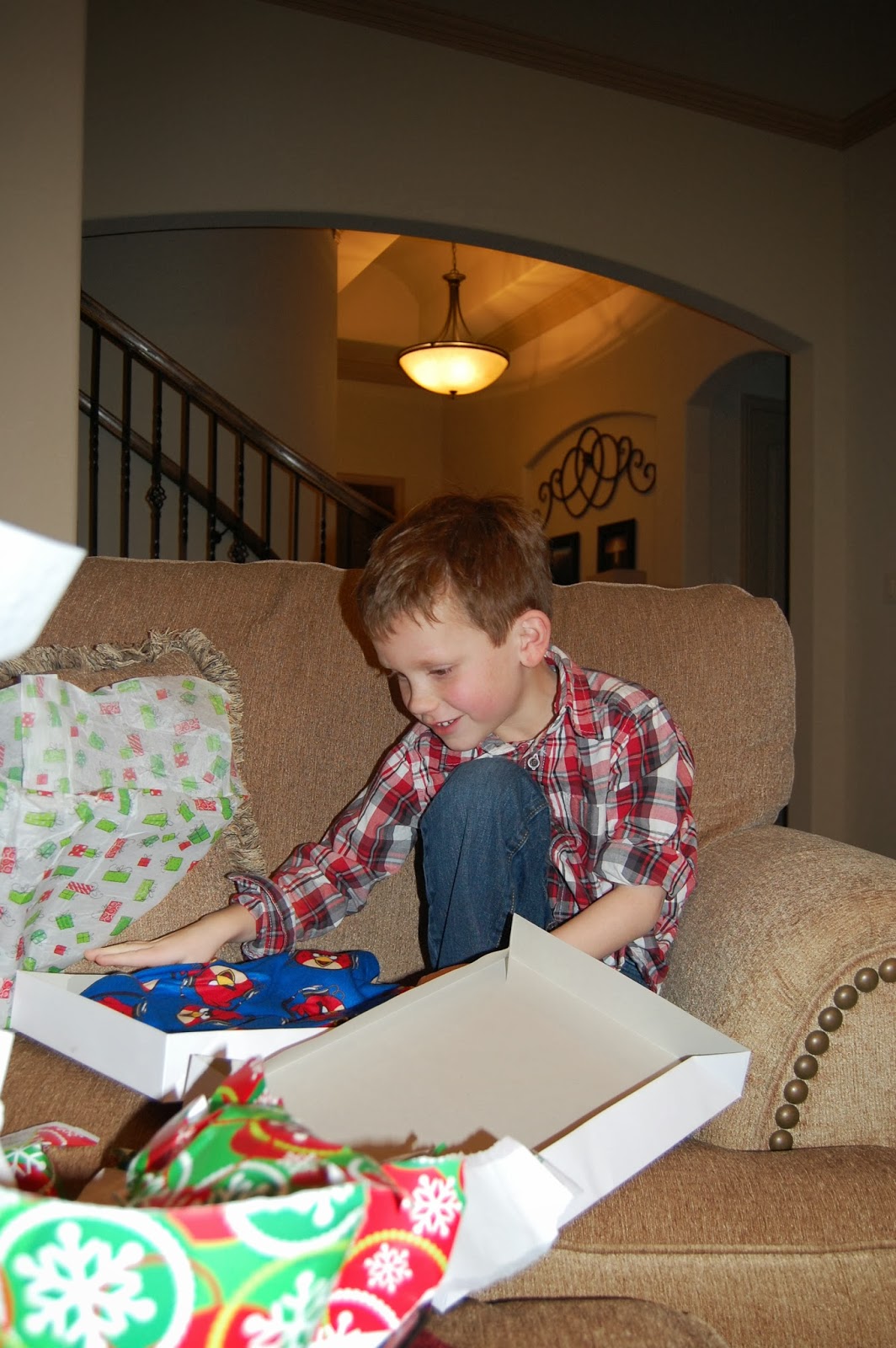 He was so excited to open up Angry Bird pj's! 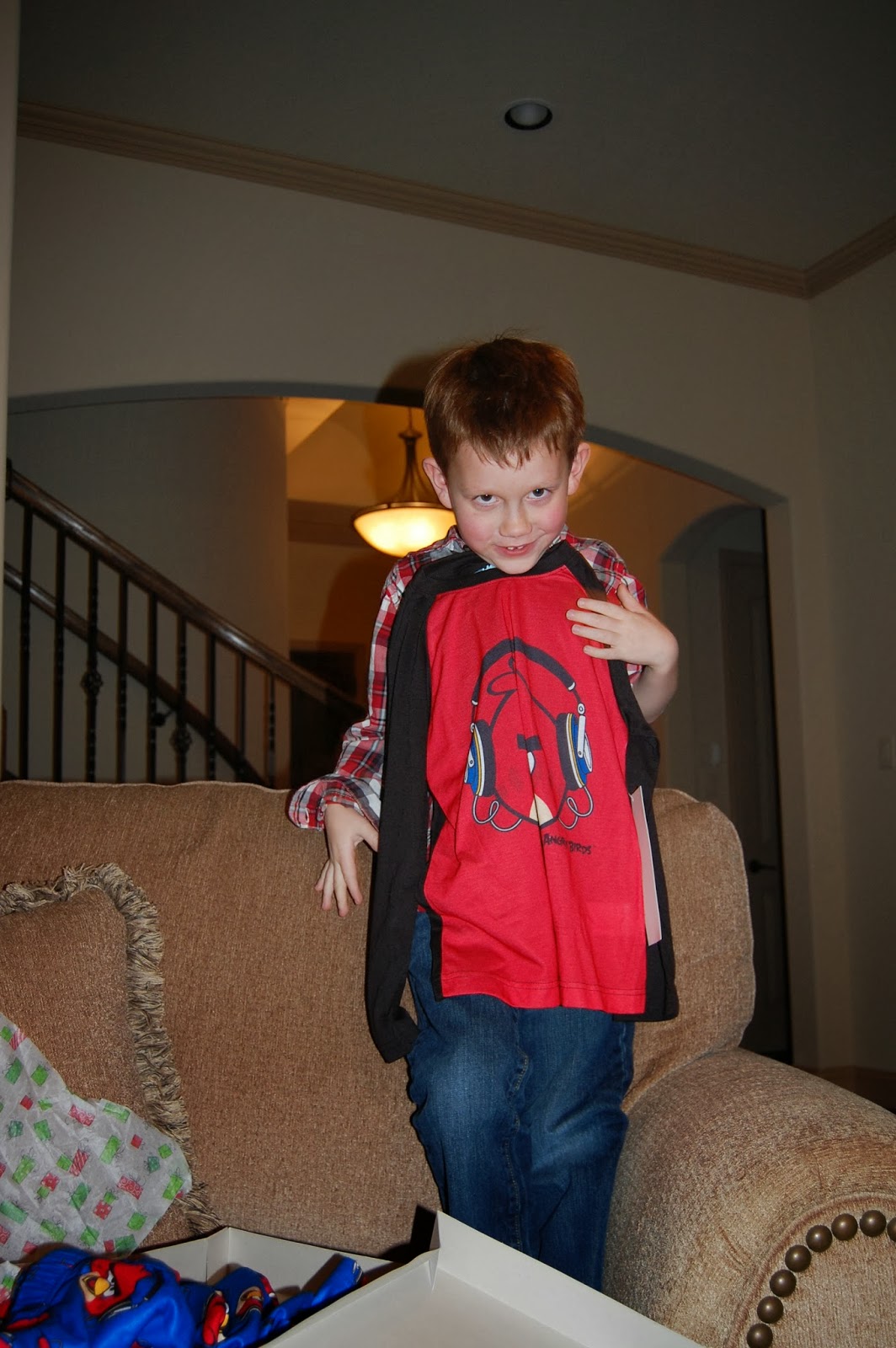 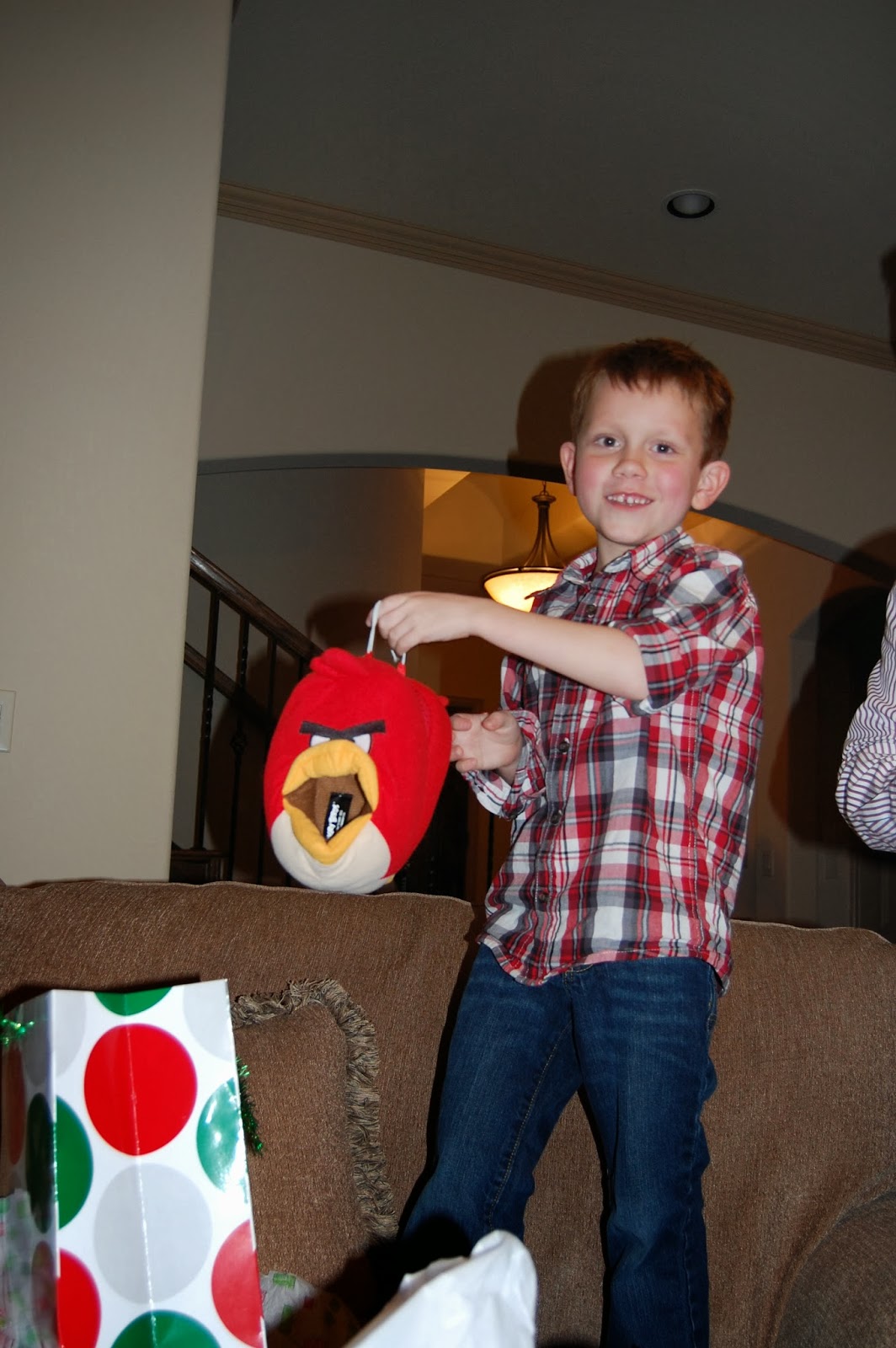 Then, he was even more excited to open Angry Bird house shoes.  I love that he gets so excited about the little things.  :) 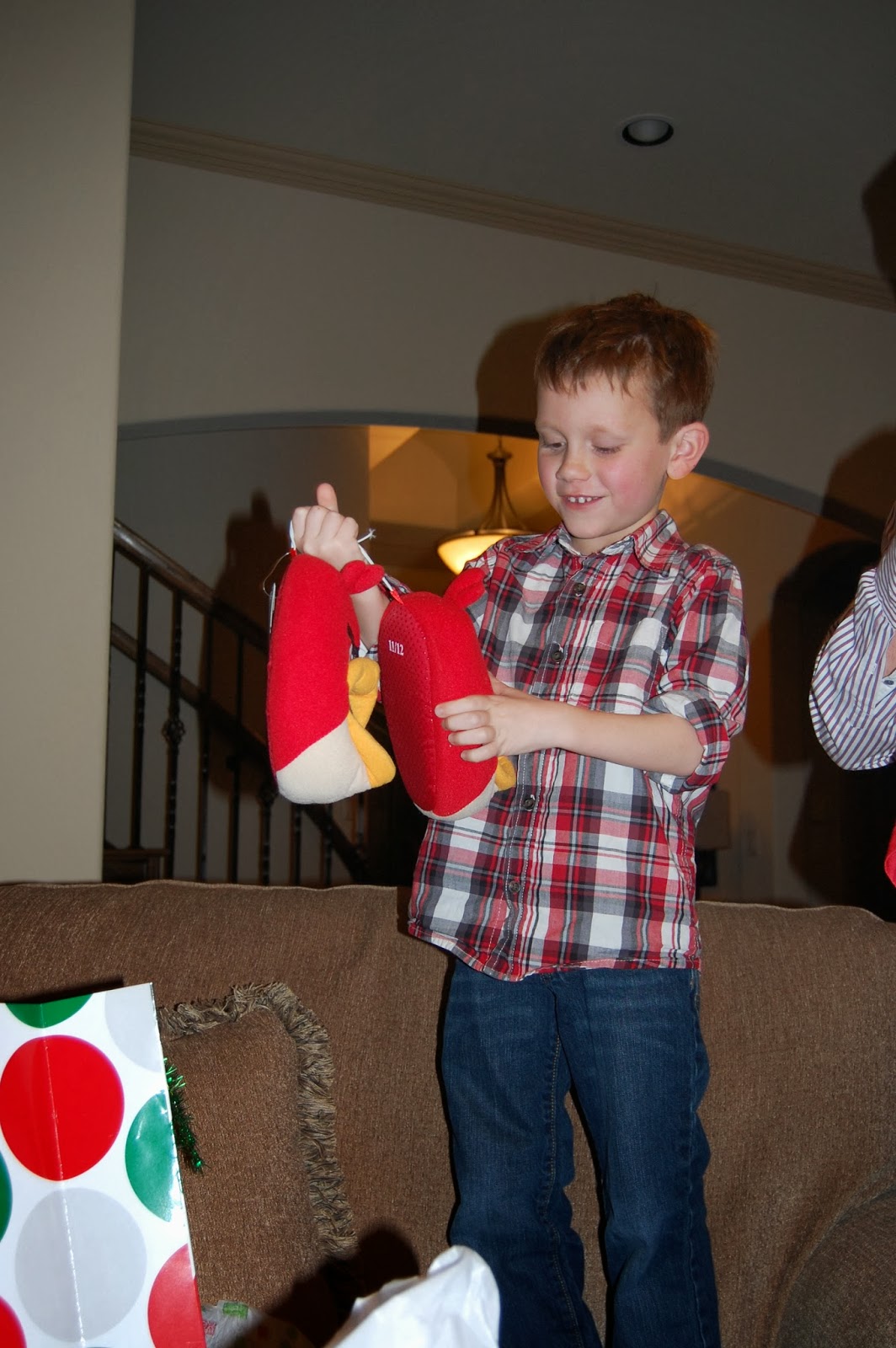 After opening his pj's and house shoes, we set out our plate for Santa.  Hudson had decided earlier in the week that Santa probably got tired of cookies, so he helped find something different and was sold when he saw these Santa Hat Brownies.  I think Santa really enjoyed them!  :) 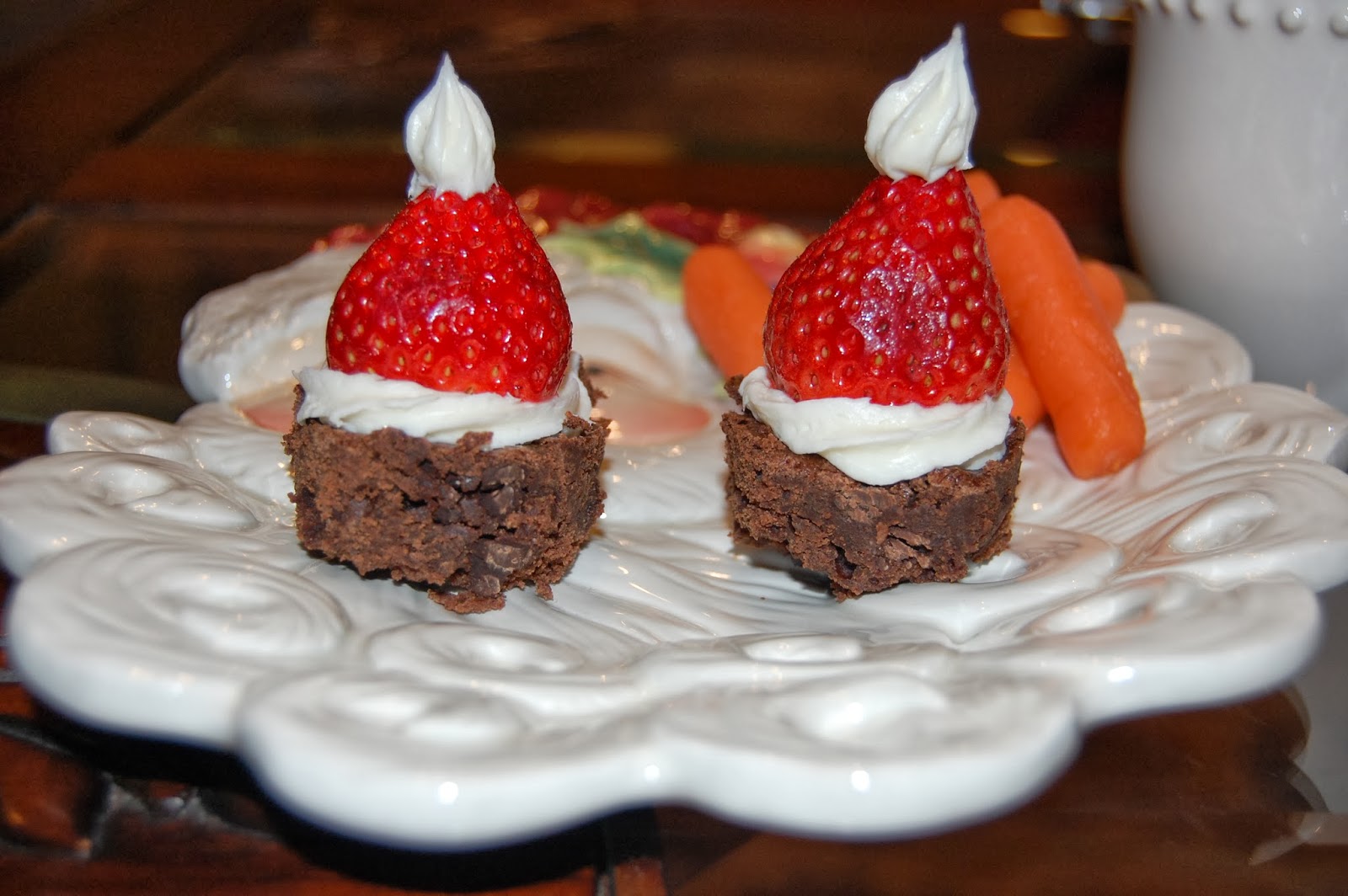 After setting out the plate, our tired little man crawled into bed and was probably asleep in less than 15 seconds!
Posted by Donnell Days at 7:57 AM