This morning, Kelly and I went up to Hudson's school for their first 9 weeks assembly.  I wasn't sure what to expect, but knew Hudson was going to be recognized for something.  They break up the assemblies by grade level, so it was just Kindergarten that we saw.  We sat through a few awards and then they said they were handing out the last award, the "Shining the Way" award.  This is a character award for shining the way and being an example to others.  It is only given to one boy and one girl from each class each 9 weeks.  We were BEYOND proud when his name was called!!  Here he is walking up on stage.  I didn't click soon enough, but he had just shaken hands with Mr. Don Whitt, the man whom Hudson's school is named after.  How neat that he came to the assembly! 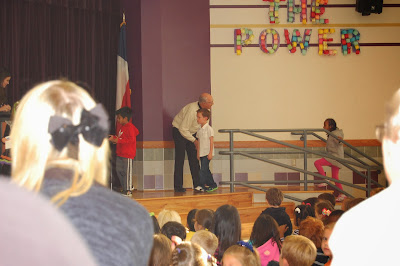 All of the award winners. 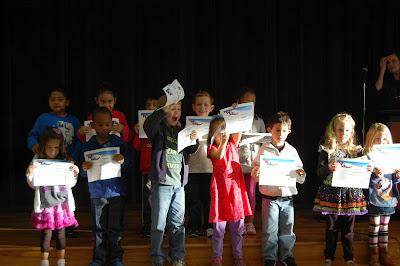 Proudly walking back to class. 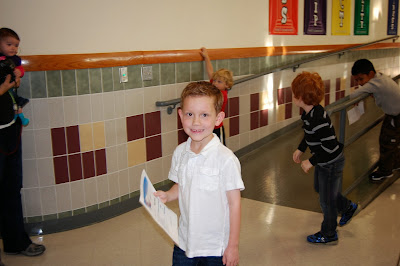 One more picture with his certificate when he got home...we are so proud of how well he is doing in Kindergarten!!  :) 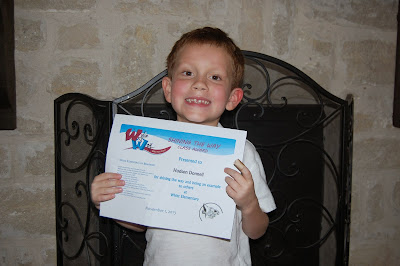