Friday, August 2nd I knew Kelly would be mowing when he came home from work.  So, I wrote a special note in sidewalk chalk on the back patio.  It said:  Guess what?  We're adding one more.  We're about to be a family of FOUR!  I watched him mow the yard, and then begin to edge, all while walking back and forth across the note.  I finally couldn't take it anymore and walked outside to have him read the note.  By this time, it was starting to fade, so I had to help him read part of it.  Here he is trying his best to see what it says: 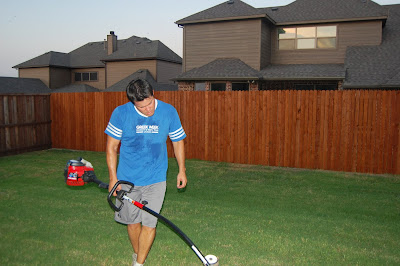 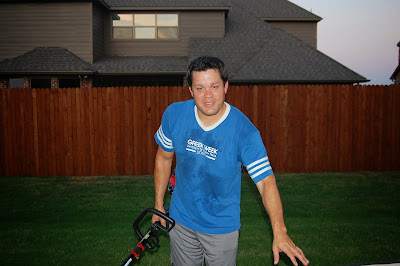 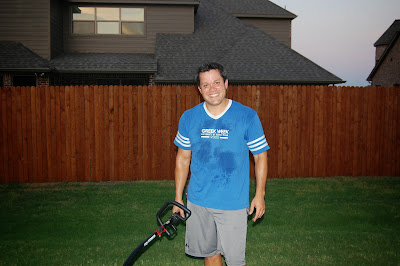 We decided to wait and tell Hudson until after my 12 week appointment.  So, on Friday, October 4th we surprised him with a cookie cake that said Big Brother in pink and blue.  At first when we asked him what he thought it meant, he said it was because Aunt Shani was having a baby.  Guess again little man! 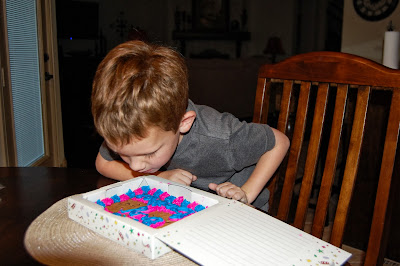 So, after a little explaining, we got some funny responses from him!  First, was surprise... 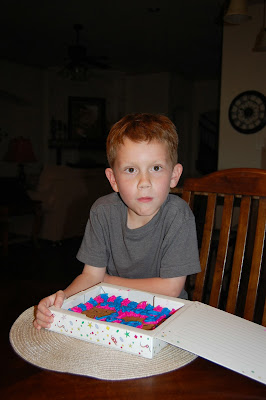 ...followed by understanding there would be "stinky diapers" in the house! 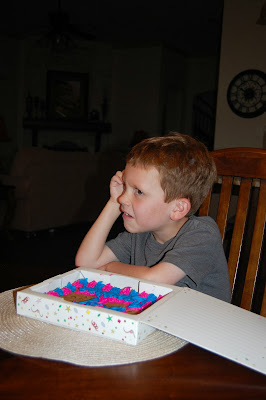 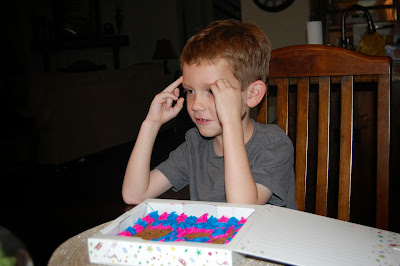 And finally, acceptance.  When we asked him what he hoped it would be, he said a girl because boys are stinkier.  Silly boy! 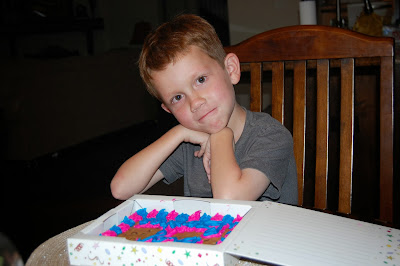 We then gave him his new shirt to pose in before diving into the cookie cake.  This is how we announced it to everyone else. 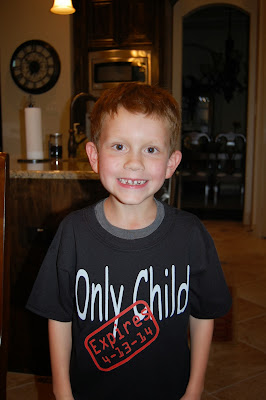 He's still warming up to the idea and the other day told me I didn't look like I had a baby in my tummy.  He's worried about the baby crying in the middle of the night and waking him up when he has to go to school the next day.  We've reassured him that since the baby isn't due until April and school will almost be over that he doesn't need to worry about that since the baby will be sleeping in our room for a few months.  The things he comes up with!  Here's to becoming a family of FOUR!  :)
Posted by Donnell Days at 11:10 AM