Hudson's first tee-ball game was Saturday, September 8th and was possibly the cutest thing I have ever seen!!  Most of the boys (including Hudson) had no clue what was going on...several ran the wrong way when they hit, didn't run at all, kicked a lot of dirt, played in the outfield, and in general just had a great time. I wouldn't have wanted it any other way because the cuteness was just too much!!!  He has had two games since and they have gotten a little better as they are learning the game, but I still smile and laugh the entire game.  I have decided being a "baseball mom" is GREAT!
Here he is before the big game: 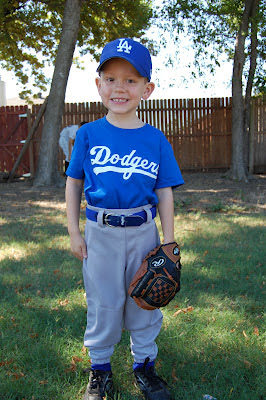 Some of the boys practicing with Coach Gary and Daddy. 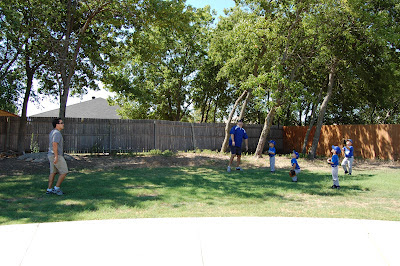 Daddy giving Hudson some pointers in the outfield. 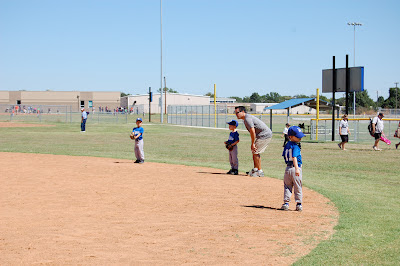 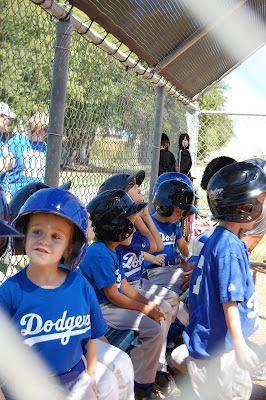 Hudson's first time up to bat...with a little prepping from Coach Danny. 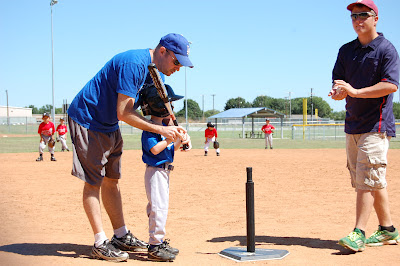 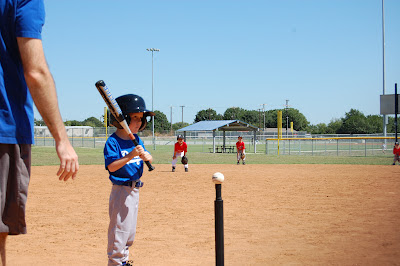 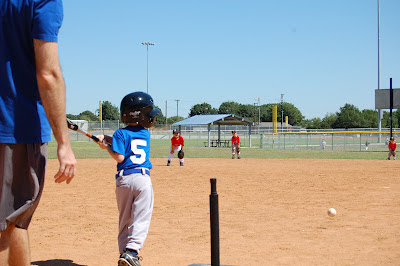 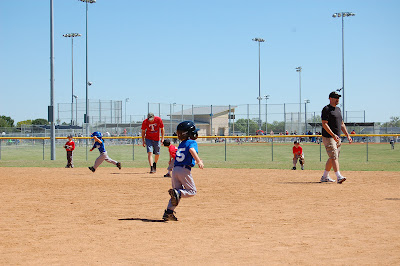 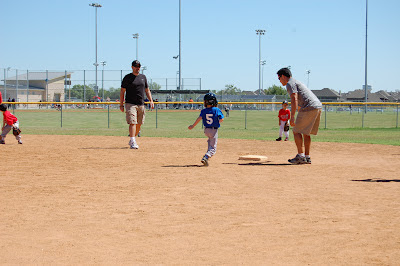 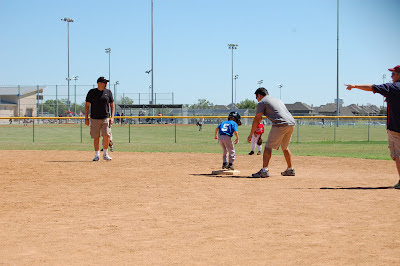 Hudson on 3rd, and notice the next boy running in from second and Hudson just standing there...again, TOO STINKIN' CUTE!!! 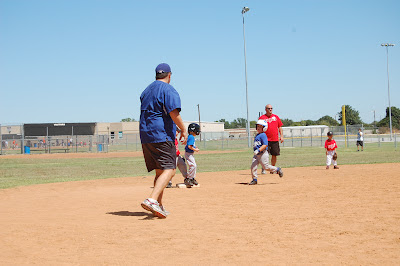 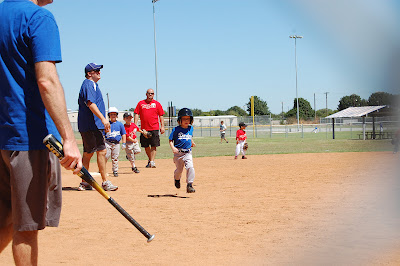 Saying good game to the other team. 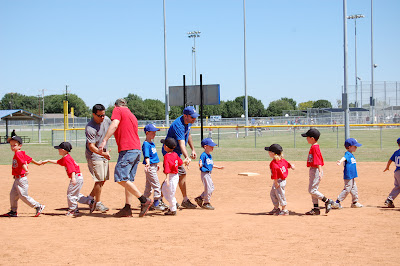 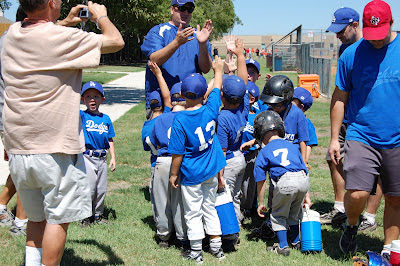 I just had to take a picture of Hudson and Daddy walking away discussing the game...I.MELT!!! 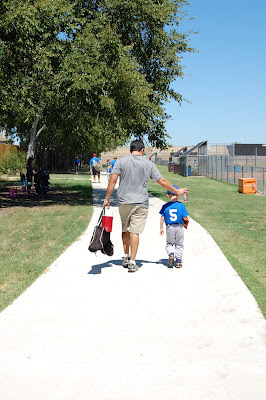