Christmas morning was magical this year! Four is definitely the best age so far...watching Hudson's excitement Christmas morning was SO FUN! I wish I could bottle up how excited he was. Just like last year, he bypassed the tree and ran straight to the plate of milk, cookies, and carrots to make sure they had been eaten. He was so excited to find out they had been and then he turned around to see this: 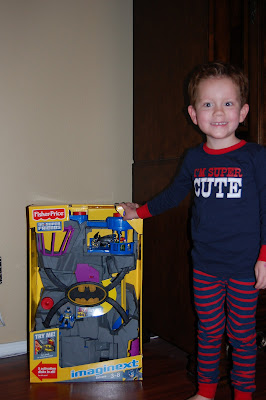 The Batman Batcave was THE present he wanted...if anyone ever asked him what he wanted for Christmas he always named the Batcave first, followed by a Batmobile and the Lion King movie. He was beyond excited to find the Batcave!

Then, he found a surprise gift from Noni...his first bike! 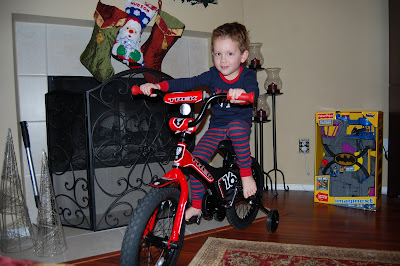 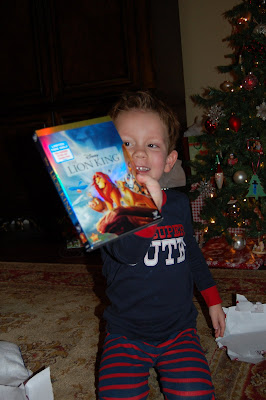 After a few more gifts and his stocking, he realized that there was a letter telling him that one gift was waiting for him in the study. He couldn't believe his eyes when he rounded the corner to find this: 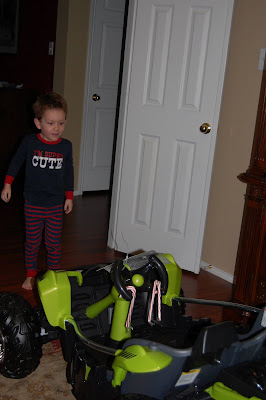 (Thanks Paw-Paw & Nana!) After gift opening, we sat down for a fun breakfast. Rudolph pancakes were a HIT...we will definitely make those again! :) 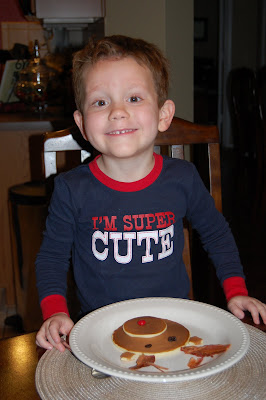 We had originally planned on going to church after breakfast, but time had gotten away from us and we missed it. :( So, we bundled up and headed outside to play with his new toys. I was amazed at how fast he figured out how to ride his bike. He got on and immediately started going. (He has ridden it EVERY DAY since too...he is IN.LOVE with his bike!) 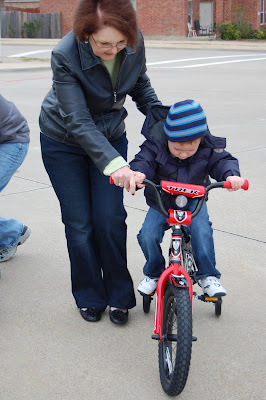 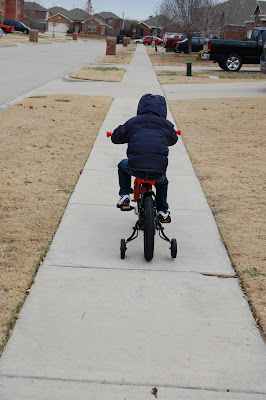 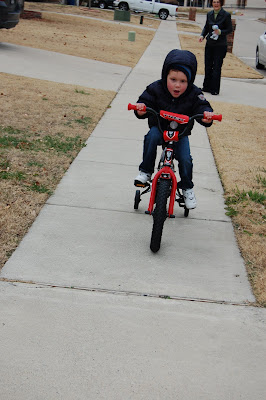 Next up was riding his go-kart. He is a bit of a maniac driver!! 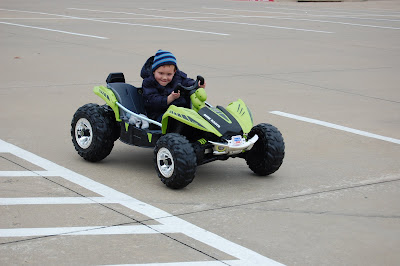 Check out this speed racer's face! 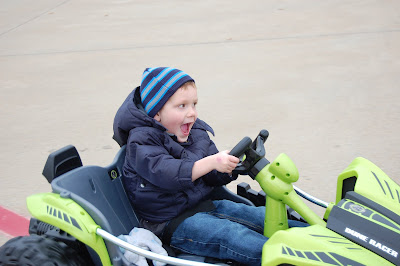 It is definitely a good thing we live four houses down from the school so he can have plenty of room to ride! 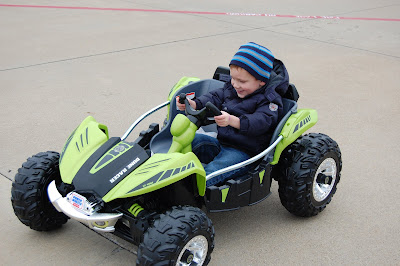 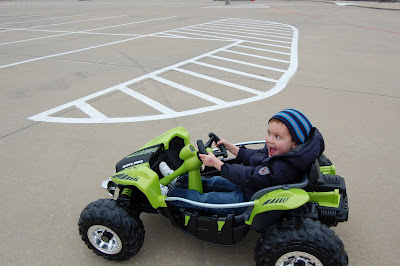 For the first time ever, we didn't go out of town on Christmas day. As much as we missed seeing the rest of our family, it was so nice being able to watch Hudson play with all of his new toys and spend the day together! We definitely had a very blessed Christmas!!
Posted by Donnell Days at 10:56 AM

I can definitely see the joy in his face so I can only imagine what it was like to see him in person! I've really missed you guys and can't wait to see you this weekend. As much as you liked being home...I don't know if I can miss out on family at the holidays again! LOVE YOU!