Hudson has wanted a dog for some time now.  Chopper died when he was 4 months old, so he has not grown up with a pet.  We were contemplating getting a dog before we found out we were expecting Holden.  Needless to say, with Holden (a.k.a. tornado), a dog isn't a good idea right now.  So, a while ago Hudson started asking if he could have a hamster.  By asking, I mean, begging daily for one!  With his birthday approaching, I asked Paw-Paw and Nana if they would like to get him his first pet for his birthday.  They were very excited to fulfill this sweet boy's dream of getting a hamster!  They wrapped up a book about hamsters along with some hamster treats for Hudson to open on his birthday.  He was beyond excited!!  We went to Schlitterbahn on his actual birthday, so we waited until we got back and took a trip to PetSmart.  Hudson picked out a brown, boy hamster and named him Henry.  Here are he and Henry ready to go home! 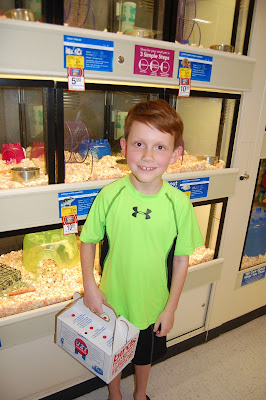 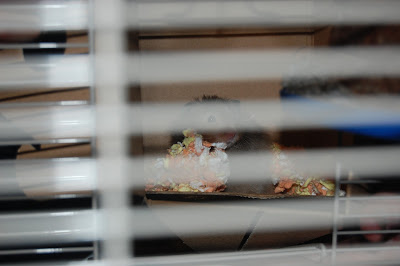