Four AND a half!

Last Monday, February 13th was Hudson's half birthday. We had such a busy day that day with our Playgroup Valentine party that night, that we decided to celebrate it on Valentine's Day instead. We had our traditional heart pizza from Papa Murphy's and then surprised Hudson with a special dessert when he got out of the bathtub. We had him cover his eyes and sit at the table... 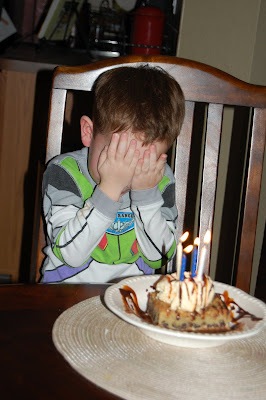 ...and this was his priceless expression when he opened his eyes! He was beyond excited to blow out candles for his half birthday!! 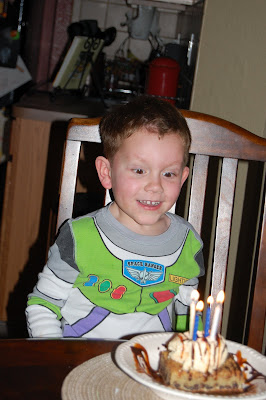 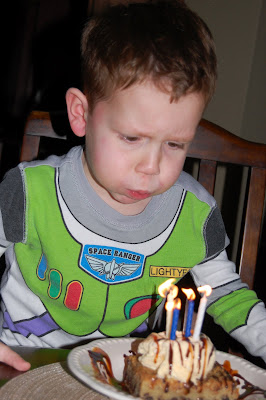 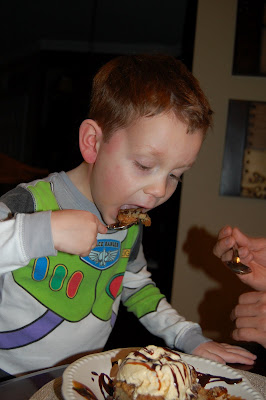 He now PROUDLY says he is four AND a half when asked how old he is. Love it!
Posted by Donnell Days at 7:15 PM

So sweet! Looks yummy! We should have done this yesterday for Pearson! Oops!