This past Friday morning, we loaded Hudson up for a big surprise...going to see Disney on Ice...Toy Story 3! He was SO EXCITED! I'm not going to lie, I was pretty excited too. I remember going to see Disney on Ice when I was a kid and was hoping that he would love it as much as I did. Let's just say that it did not disappoint. Hudson was MESMERIZED the entire time. It was so fun to watch it through his eyes. On the way out, he asked if we could go back! :)
This was his face the entire time...soaking up every last minute! 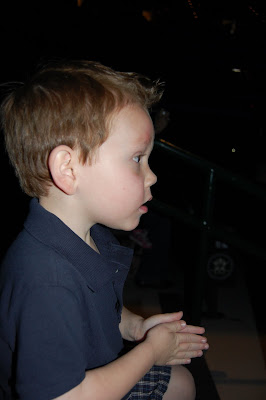 He was super excited when Buzz Lightyear made his appearance... 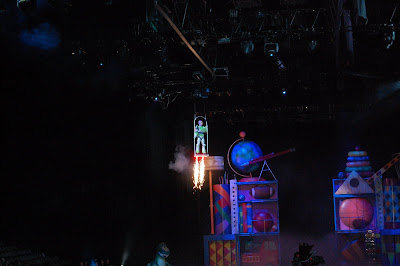 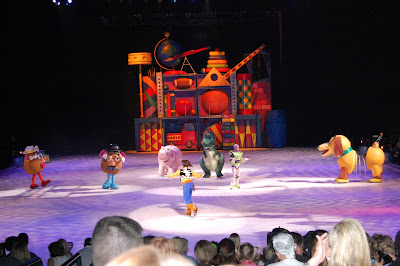 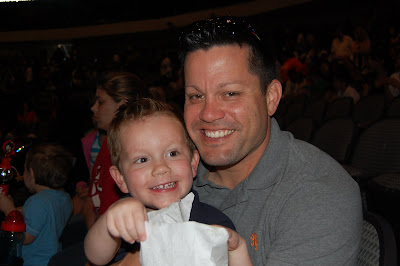 We had to snap a few family pics at intermission. Our boy was being a little silly! 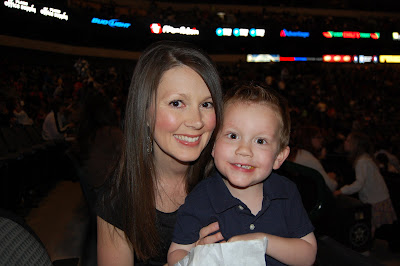 Hudson is a HUGE Mickey Mouse fan, so he was thrilled when Mickey and the gang came out at the end of intermission. 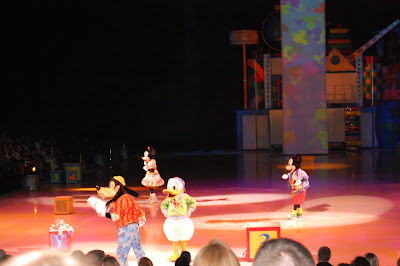 Had to get a pic of Lotzo. 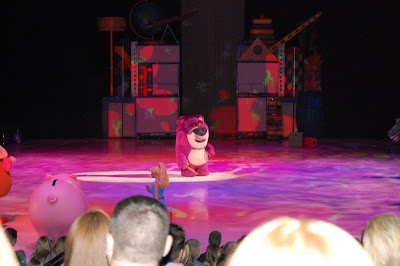 SUCH a fun morning!!! I absolutely love things like this...they won't last forever, so I am soaking up every bit of it with my little man!
Posted by Donnell Days at 1:13 PM

So FUN!! We went on Saturday, and I couldn't believe how much my little guy loved it too!! Pure joy! :)