I think everyone who has a 3 year old would say that Christmas this year was magical! I cannot express how fun it was to experience Christmas through Hudson's eyes. From all of the activities we did leading up to the big day, to the day itself, it was WONDERFUL!
Hudson came running out of his room Christmas morning and didn't stop at the tree...nope...he went straight to the plate of milk and cookies to inspect it... 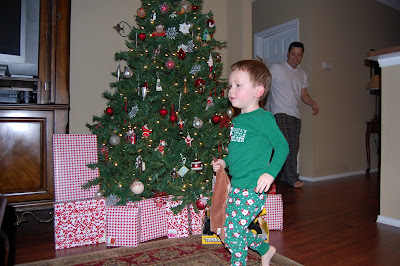 The snacks must have been good because Santa only left a few bites! 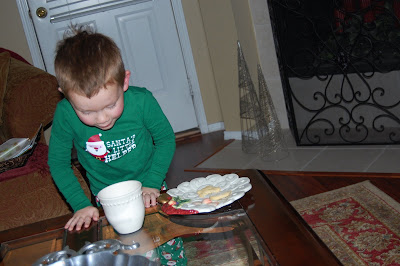 After that, he was ready to tear into his stocking. 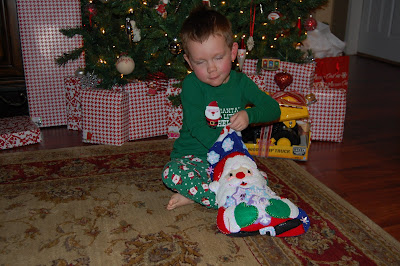 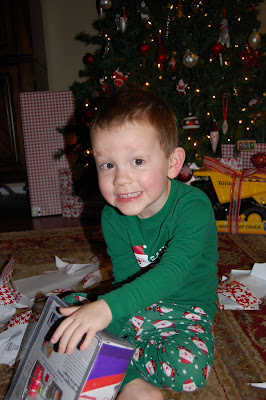 LOVE this picture...him taking a picture of me with his new camera as I took a picture of him. Let's just say his memory card is probably close to being full already! 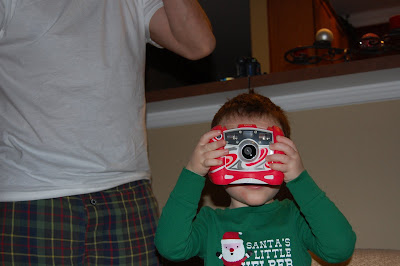 Playing Whack-a-mole with Mommy...tongue out in full concentration! 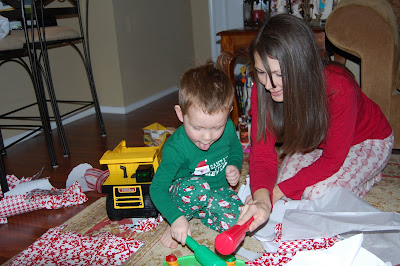 After a relaxing morning at home opening gifts, eating, and spending time with Noni we headed to Oklahoma. Hudson literally walked in, went straight to his toy closet and had Paw-Paw and Nana sit down and play! 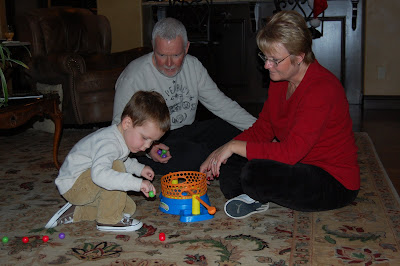 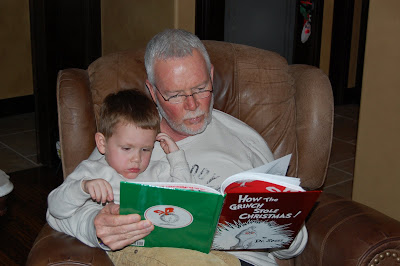 Doing ANYTHING but eating his dinner!!! 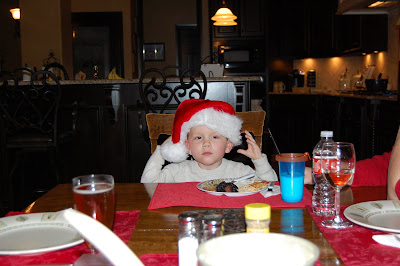 The next morning, the whole family came over to celebrate. Funny story...while Hudson and Uncle Geoff were playing, Hudson accidentally got hurt. He was hysterical and I was having a hard time calming him down. Finally, I asked if Uncle Geoff needed a time-out and he said yes. Poor Uncle Geoff sitting in time-out: 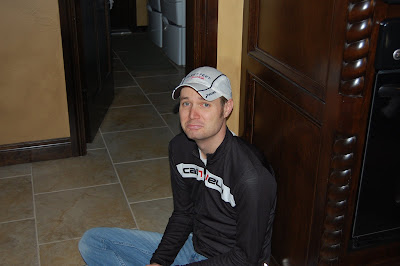 After giving Uncle Geoff "the talk" he gave him a hug and told him he could get out of time-out! 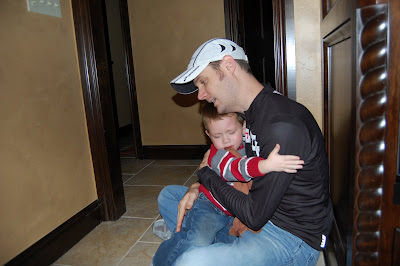 Hudson has a small obsession with Humpty Dumpty. He tells the nursery rhyme ALL THE TIME, and he constantly asks me to cut out Humpty Dumpty's so he can cut them in half and glue them back together. Aunt Shani searched high and low for a Humpty Dumpty toy and when she couldn't find one, she MADE this: 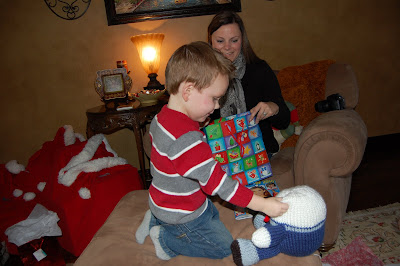 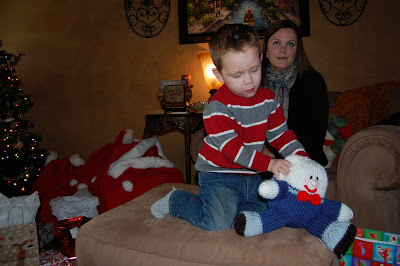 This year, instead of Santa bringing us our huge stockings, he brought us Santa bags! Hudson was REALLY excited about his! 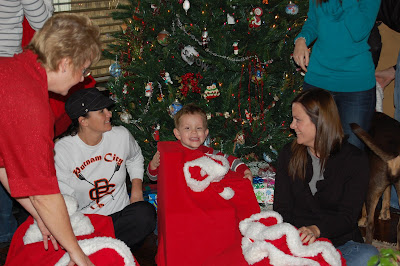 The "kids" with our Santa bags: 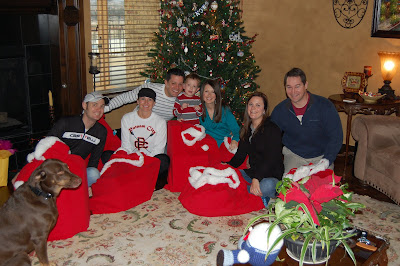 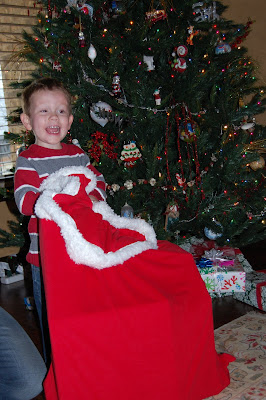 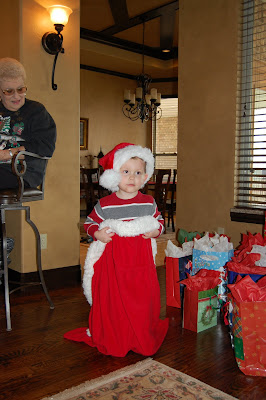 Before bed, Hudson was using his other Uncle Todd as a human jungle gym. Not sure what it is about him and his Uncle Todds, but he sure is a lucky little boy! 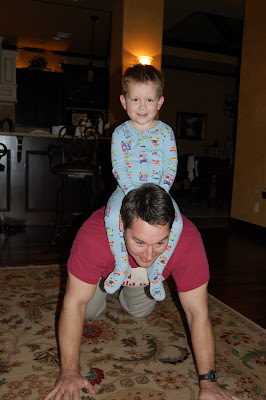 I can't believe this Christmas has already come and gone. It definitely went by way too fast as always. Can't wait to see what 2011 brings!

Wow! I can't believe it's come and gone so quickly! It was great though! Can't wait to see you again...SOON!