We have had a "date" planned with Aurora & Avery to go to the Dallas World Acquarium on the calendar for months now. So, as soon as Hudson was finished with breakfast this morning I loaded up the car and off we went. We talked the entire way about all of the animals that we were going to see and he was so excited. THEN, we got there. There were so many field trips there that the line to get in was literally wrapped around the building. We decided that it wasn't a battle that we wanted to fight and stood in the parking lot trying to figure out what to do. We ended up taking the kids to the Kids Museum and they had a blast. We'll try for the Acquarium when field trip season is over!! 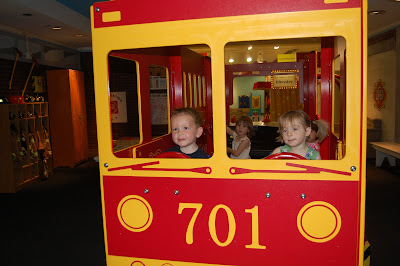 Hudson was cracking me up...he was lovin' the safety goggles! 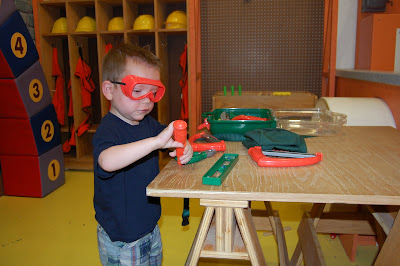 The water table was great, but he was NOT a fan of the smock! 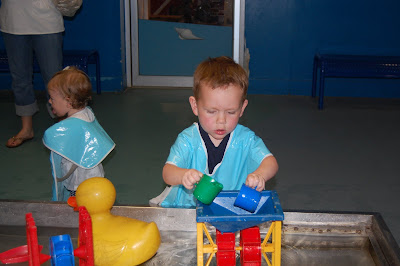 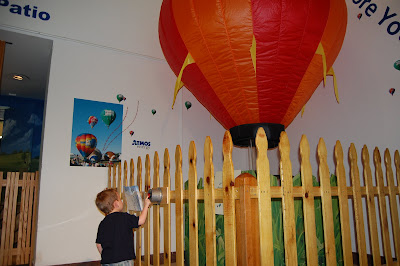 He told me on the way home that the balloon was his favorite thing. This is him watching it go up. 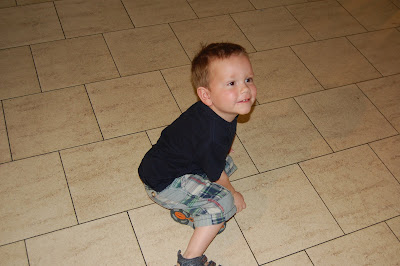 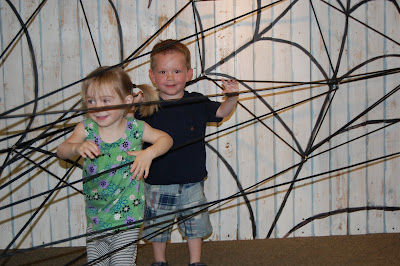 These two just make me smile...they were going nuts in the spider web and were too cute in these costumes! 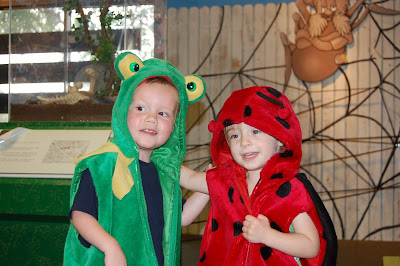 We definitely couldn't leave without digging for dinosaur bones! 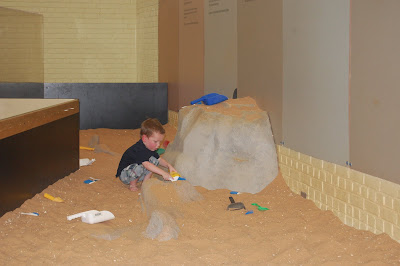 Such a fun morning with friends! We'll try for our original field trip soon!

Yay! We had such a good time yesterday...and you got some great pictures! Can't wait to actually make it to the aquarium :)